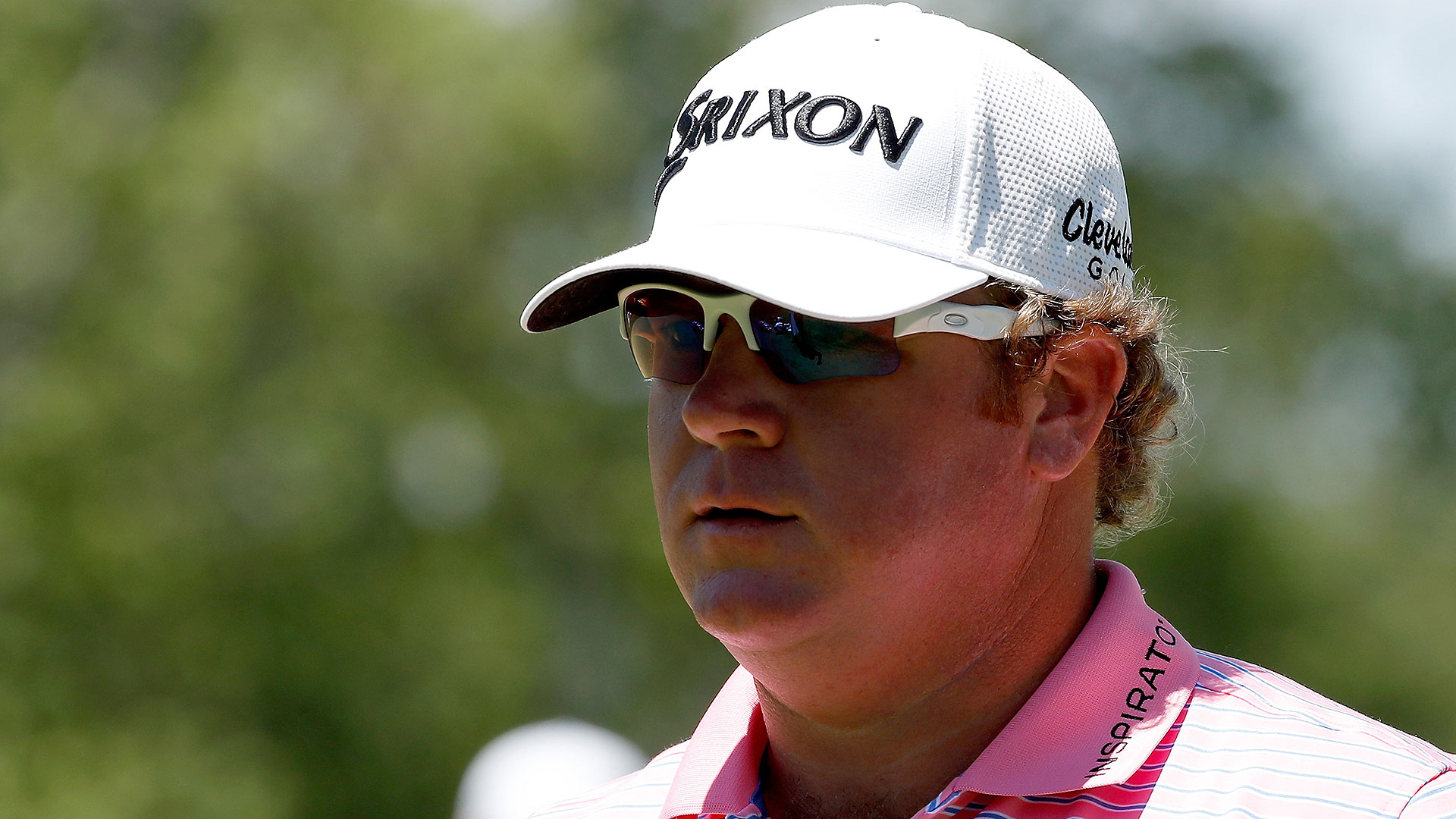 AKRON, Ohio - Golf in Ohio must bring out the best in William McGirt.

One month after his first PGA Tour victory at the Memorial, McGirt looked just as good two hours up the road at the Bridgestone Invitational. In his World Golf Championship debut, he opened with six birdies and finished with a 45-foot par for a 6-under 64 and a three-shot lead.

That's only happened four times, and McGirt made a strong guess at the answer.

He left out Greg Norman in 1995 (Memorial and World Series of Golf), no less a select group.

McGirt had some decent company behind him after an opening round of warm sunshine and fast conditions at Firestone. Jason Day, the world's No. 1 player, was among three players at 67, while Jordan Spieth somehow managed to post a 68 despite having only one birdie attempt (he missed) in his first 10 holes.

''I wasn't supposed to shoot 2 under today,'' Spieth said.

U.S. Open champion Dustin Johnson had a U.S. Open kind of round - 15 pars, two birdies and a bogey - for a 69. His big celebration was walking off the 11th green to learn that his alma mater, Coastal Carolina, had just won the College World Series for its first national title. His golf wasn't bad considering that he didn't practice much last week while celebrating his first major (and his 32nd birthday) in The Bahamas.

''I didn't expect a whole lot today,'' Johnson said. ''I always expect to play well, but this golf course is playing tough.''

Only 17 players of the 61-man field broke par. The first round ended with only 58 players.

Daniel Berger withdrew after his opening tee shot with a shoulder injury. Brooks Koepka withdrew after 13 holes with an ankle injury. Ryder Cup captain Davis Love III, playing at Firestone for the first time since 2009, withdrew after a 78 because of what was described as a torn labrum.

The field also was missing Rory McIlroy and Masters champion Danny Willett, among several European Tour players who opted to play the French Open this week.

McGirt had never played in a WGC until he became eligible with his playoff victory at Muirfield Village a month ago. He showed up at Firestone on Sunday, played nine holes and rode in a cart on the back nine.

''I fell in love with the place because length is not everything out here,'' McGirt said. ''You have to drive it in the fairway. You have to drive it in the correct spots in the fairways to be able to attack pins. I love it because you can't stand up there and just hit it as hard as you want, go find it and hack it on the green. It's an old, traditional style golf course, which I absolutely love.

The most peculiar round belonged to Spieth, who said he has been in a lull the last month as he searches for something in his swing, particularly his wedges. It had the look of a score closer to 74 or 75, except that the former Masters and U.S. Open champion kept hanging in there with pars. One shot hit a tree and bounced forward over the water into a bunker. He whiffed on a 7-iron that left him a tough pitch, but he managed to save par from 8 feet.

He ended the front nine with par-saving putts from 20 feet and 25 feet.

It took him until the 15th hole before he had back-to-back birdie putts, and he started converting them. He holed the last four of them.

''I'm really just searching for something that isn't far off, that's real simple,'' Spieth said. ''It really is only taking place on my scoring clubs, but that's where you need them. It's close. It's almost there. And when it clicks, we're definitely in business the way the short game is.''

Emiliano Grillo and Jimmy Walker also were at 67 with Day, while Spieth was joined by Rickie Fowler, Anirban Lahiri and Charley Hoffman.

Day said he felt a burden lifted by making his announcement not to play in the Olympics because of Zika concerns, but he didn't think that equated to his golf. It was a tidy round with only one bogey and four birdies, and a pair of tough par saves from a bunker on No. 9 and behind the green on the par-5 16th.

''It was just kind of a weird feeling of a day where I kind of made some good pars, kept the momentum going, and all of a sudden I shot 67,'' Day said. ''I've just got to keep grinding until Sunday is over.''