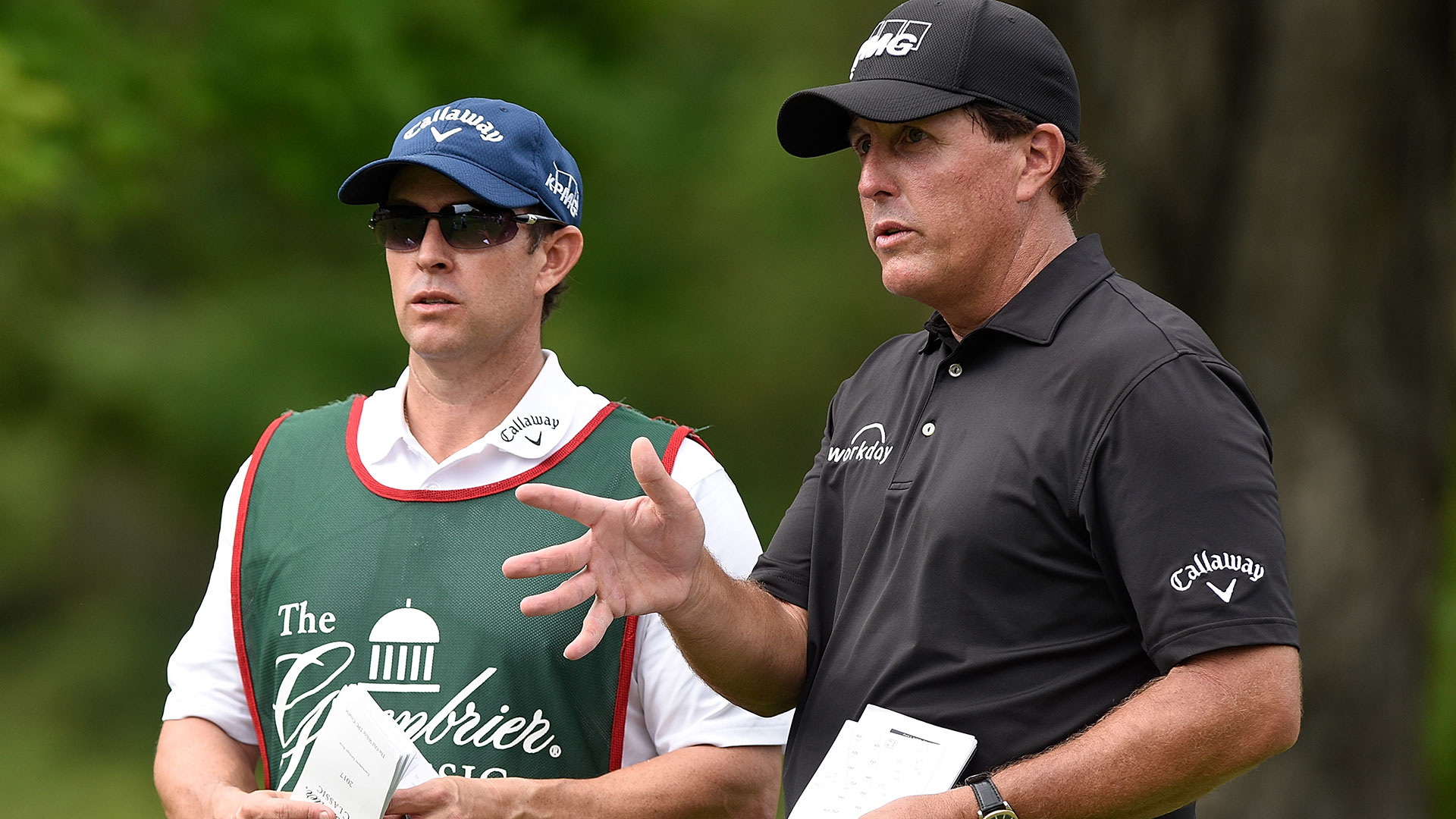 NASSAU, Bahamas – Jon Rahm has a new agent in a move that means Phil Mickelson will keep his brother as his caddie.

Lagardere Sports announced Friday Tim Mickelson, Rahm's coach at Arizona State until leaving to become his agent at Lagardere, has made a full-time move to be on the bag for his brother next year.

Mickelson and Jim ''Bones'' Mackay parted ways this summer for 25 years, and Mickelson used his brother for the rest of the year. That gave Tim Mickelson two jobs at the seven tournaments that Rahm and Mickelson played - a caddie for the five-time major champion, the agent for one of golf's rising stars.

Rahm now will be represented by Steve Loy, the president of golf at Lagardere, with Jeff Koski in the U.S. and Jamie Evans in Europe handling most of the daily affairs.

''Coach Mickelson will always be important to me and has done many good things to support my career, and I wish him and Phil well in their new partnership,'' Rahm said in a statement. ''I am really excited to continue working with the team at Lagardere Sports and get the 2018 season underway.''

Koski was the first agent at Lagardere who recruited Rahm while he played for the Sun Devils.

Rahm, who graduated from Arizona State in four years despite not speaking English when he arrived on campus, turned pro last summer and earned his PGA Tour in just four tournaments. He won at Torrey Pines in January, and then added victories in the Irish Open and the DP World Tour Championship in Dubai last month.

That moved the 23-year-old Spaniard to No. 4 in the world.

He also challenged Dustin Johnson down the stretch in a pair of World Golf Championships, losing to him on the 18th hole in the final of Dell Match Play.

Mickelson has not won since the 2013 Open at Muirfield, though he extended a record last year by competing in his 24th consecutive team - Ryder Cup and Presidents Cup - for the Americans. He also last month became the only player to stay in the top 50 in the world ranking for 24 consecutive years.

Mickelson last played in the HSBC Champions, and he said then he was ''not far enough along'' in thinking about a caddie to discuss his plans.

Rahm starts the new year at Kapalua for the Sentry Tournament of Champions. Mickelson does not play until the CareerBuilder Challenge in the California desert. Mickelson said his health and outlook was still strong as he goes after two missing pieces from his career - a U.S. Open title that has kept him from the career Grand Slam, and a U.S. victory in the Ryder Cup on European soil.

The Ryder Cup is in France next year. Mickelson has qualified for every Ryder Cup team since 1995.

Lefty isn't planning on going all-in yet on his quest to overtake Bernhard Langer's title of the senior circuit's G.O.A.T.