Notes Belly putters and stories of the claret jug

KAPALUA, Hawaii – It looked like an act of desperation last year when Retief Goosen, whose pure stroke brought him a pair of U.S. Open titles, switched to the belly putter at the start of the season.

He eventually ditched it for the conventional putter and went on to win the Transitions Championship, pick up 10 finishes in the top 10 and restore his name among the top 20 in the world ranking.

So why was the belly putter back in his bag when he teed off on Thursday in the SBS Championship?

The bigger question is how long it will stay there.

Goosen believes the belly putter helped to get him pointed in the right direction early last year, so he thought he would at least start out the season doing the same thing.

He messed around with it in South Africa and said he would keep it in play at least through the Hawaii swing, and possibly through a U.S. West Coast schedule that will include Pebble Beach and then Match Play.

“If I do well with it, who knows? Maybe I’ll keep it in there longer,” Goosen said.

His goal for the year is to “put my name up there in majors,” and that was one area he was lacking the last few years. Dating to his first major at the 2001 U.S. Open, Goosen went consecutive years without a top three in the majors for the first time. His best was a tie for fifth at the British Open, where he started the final round two shots out of the lead.

CINK AND THE JUG: Stewart Cink has received honorary membership at four golf clubs in the Atlanta area, and he found a gracious way to show his appreciation.

All four are getting a turn displaying the claret jug he won at the British Open.

The jug has been at the TPC Sugarloaf since late November, although Cink is an automatic member there as a U.S. PGA Tour member. He already has lent it to East Lake Golf Club. Still on the list is The River Club and Berkeley Hills Country club.

“At some point between last year and next year, all four will have a chance to display the jug for a while,” Cink said.

MAUI REGULARS: Stephen Ames and Rory Sabbatini are back on Maui, which is a little misleading. Even if they had not qualified for the SBS Championship, they would have been here.

Both have been coming to this side of the island for the Christmas holidays for the last several years.

Ames has a timeshare down the coast at Kaanapali, while Sabbatini stays with his family at Kapalua. The South African earned high marks from the staff for his willingness to play with members or resort guests during his vacation.

Ames arrived on Dec. 16 and played golf only four times before getting into practice mode for the year. And the only reason he played was because of the group of friends he brought down from Calgary.

“It’s a bit of a bonus for being here – or playing, I should say,” he said. “The hardest thing was Monday morning putting on a pair of trousers because I’ve been in shorts and a swimsuit all this time. So it’s been tough.”

Ames turns 46 this year, although he was only joking when he said he already was thinking about retirement. He plans to continue playing well into his Champions Tour career.

But he wasn’t kidding about retiring to Maui.

“We are looking for a family place here,” he said. “This is where we are going to retire – four months here, the other eight months playing golf and being in Calgary.”

It makes sense. Ames grew up in Trinidad and Tobago. He’s essentially going from one island to another. 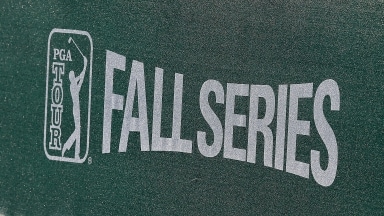 Taking a look at the 2022-23 PGA Tour schedule as the fall events look to evolve amidst the threat of LIV Golf.