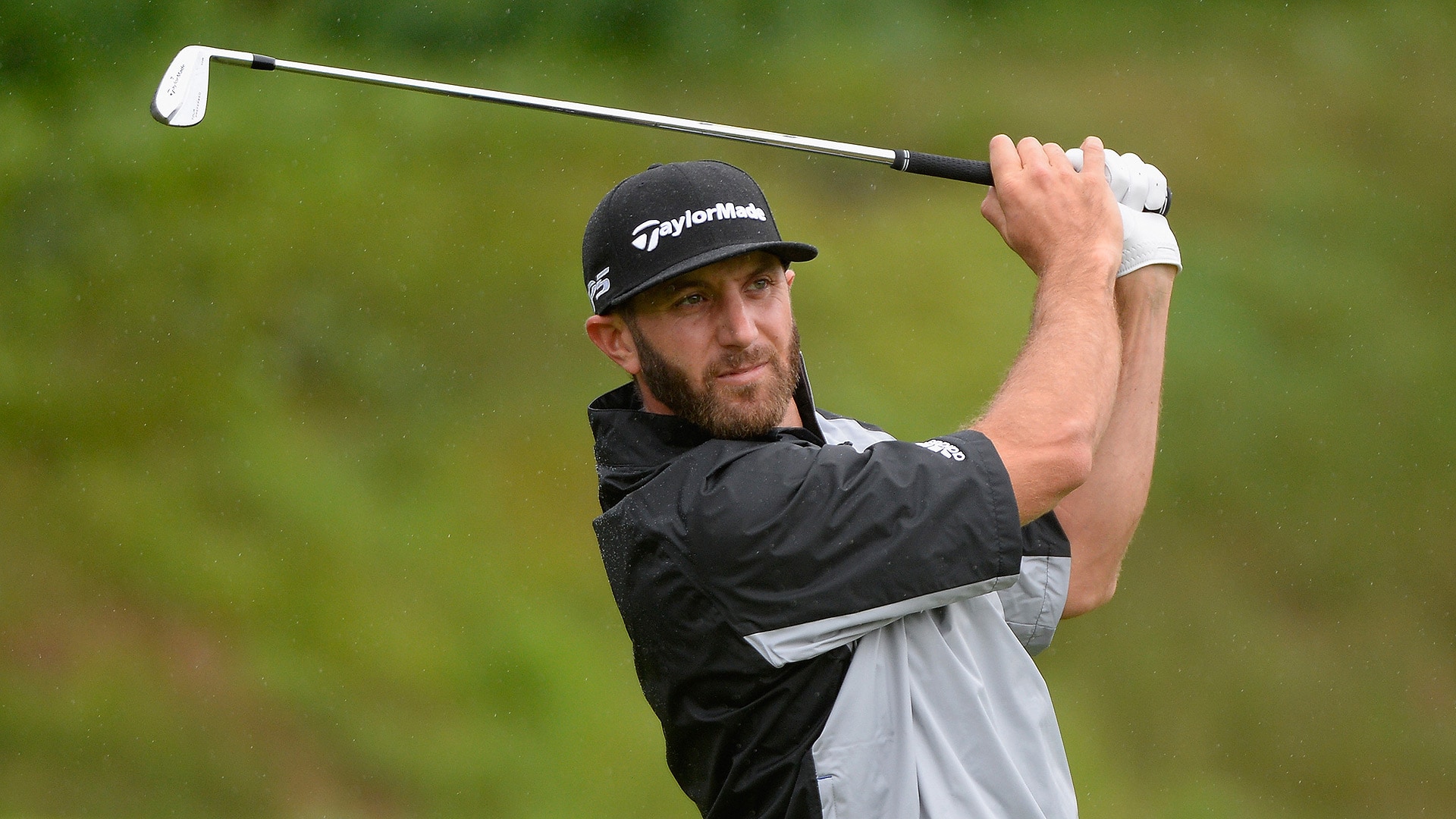 AUSTIN, Texas - Just over a year ago, Dustin Johnson headed to the range at Riviera in the rain to begin work on his wedges, the one area of his game that has contributed the most to his No. 1 ranking.

He talks all the time about the improvement with his short clubs. He also showed at Austin Country Club how much he trusts them.

The par-4 13th hole over the water was easily reachable for him with a driver, and that's what Jon Rahm did in the final of the Dell Technologies Match Play that sparked his rally. Johnson never hit driver one time all week. Not this year. Not even last year.

Alex Noren squared their quarterfinal match on the 12th, and then hit driver to the throat of the green, 60 feet from the flag. Johnson still went with iron off the tee, hit a wedge to 10 feet and made birdie. Noren missed from 7 feet, and Johnson was on his way.

''It just doesn't ever work out well,'' Johnson said. ''For me, if I hit a great shot it's going to land on the green and go over the back. And it's just a really hard up-and-down. I feel like I've got a better chance wedging it from the fairway.''

Johnson said the last time he tried to drive the 13th green was in a practice round in 2016.

Perhaps it's no wonder that when asked if he were more proud of his power off the tee or his precision with the short clubs, Johnson chose the wedges.

That doesn't mean he's perfect with them.

In the semifinals against Hideto Tanihara, he came up short of the green with a wedge on the 13th, 15th and 18th holes (he also stuffed one to 6 feet on the par-3 17th, the money shot, when the match was all square).

What amazed him about Jordan Spieth making triple bogey last year in the Masters is why he didn't go back to the tee. Spieth, like many others, chose to drop short in the expanse of grass short of the creek and hit that fat and into the water.

''It's not a ball drop. You just find your own angle,'' Faldo said. ''You've never practiced it. It's a really weird place to be. And the depth perception is horribly difficult because all you see is creek, bank and the green is just a sliver. There's no depth perception, and then you see two bunkers in the back.''

Faldo said the shot from there is compounded by the emotions.

''It's a crazy, difficult shot, let alone you're thinking, 'What have I just done?''' he said. ''It just shows you, when you get in a spiral, you can't spell your bloomin' name.''

''It's such a special feeling knowing that kids in Ecuador can look up to someone and say, 'I can play golf and be successful,''' she said. ''Golf is not a very popular sport in Ecuador, so this is so special and really important to me.''

Darquea isn't even sure how she got hooked. Her parents joined a club when she was little, even though no one in the family played and Ecuador has only seven courses.

Darquea is second on the money list. She also has partial status on the LPGA Tour by tying for 29th in Q-school.

''I didn't really expect to win this quick,'' he said. ''I just love to play golf and compete, and I'm super excited about this.''

BUBBA'S TIPS: Bubba Watson has never had a formal swing coach, but he got some help with his putting at the Match Play.

Who? He's not entirely sure.

First, he said Brandt Snedeker helped him with his ball position. But asked about those tips a day later, Watson said, ''I messed it up. It was Brooks Koepka that really helped me out.''

And now, a word from Koepka.

''I was looking at Bubba on Tuesday and we were talking about some things,'' Koepka said. ''Sneds gave him a lot of advice and I was trying to give him a little bit more.''

So it was both of them? Apparently so.

''He asked me to take a look at his putting and I saw some stuff that I've seen for a while,'' Snedeker said. ''I told him what I would do differently. I was giving him a hard time - 'You've got nowhere to go but up. You're not putting very good right now at all' - It was fun. Glad to see he's playing well.''