Notes: The pains of playing late Thursday and Friday 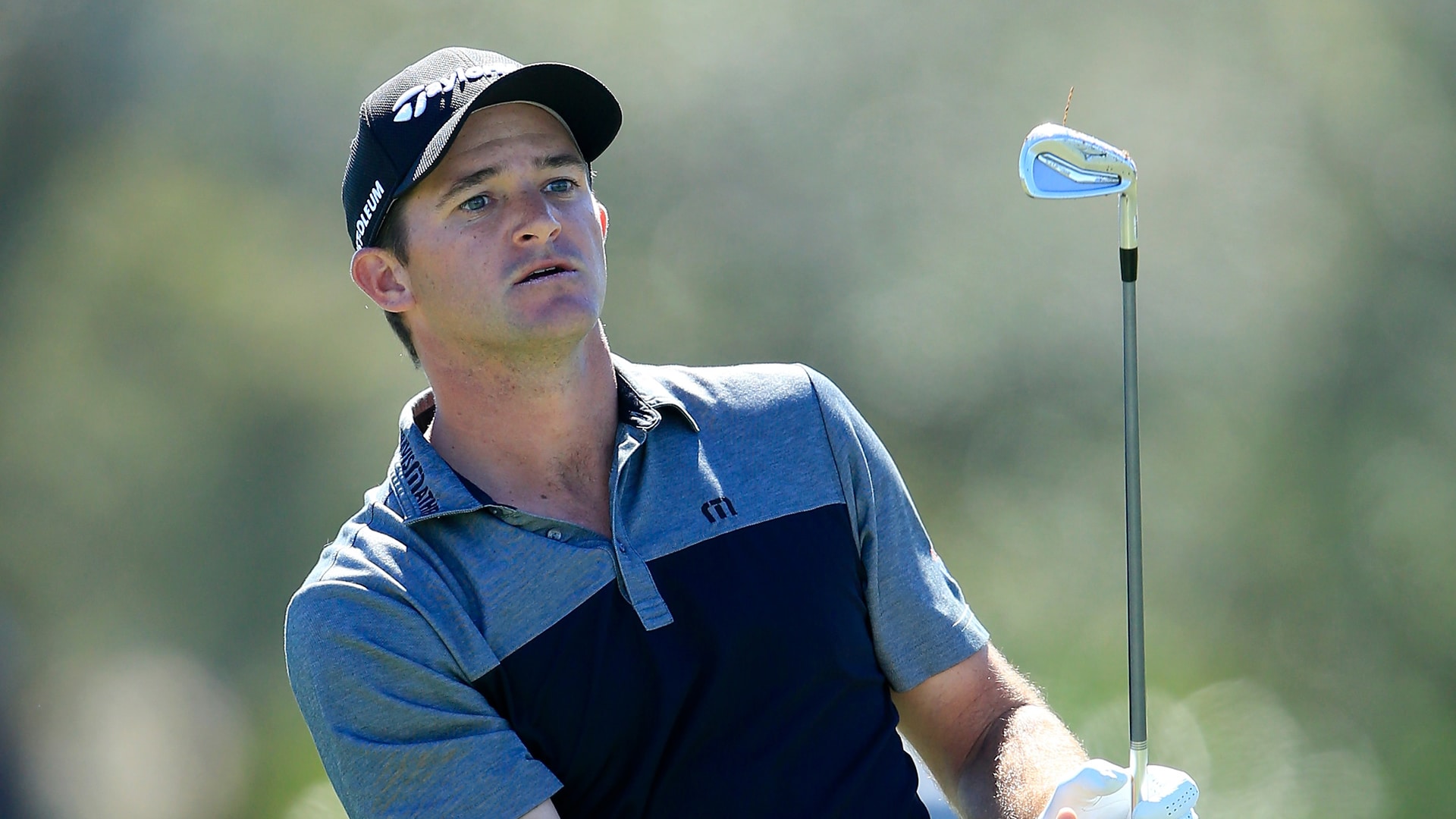 ORLANDO, Fla. – Even though Sam Saunders has had only one close call at winning on the PGA Tour, he has felt the pressure of playing the final hole.

In his last two PGA Tour starts, Saunders has gone into the dangerous part of the course with no room for error as he tries to make the cut. He made it through the ''Bear Trap'' at PGA National with four straight pars in the Honda Classic. And he closed with two tough par saves last week at the Valspar Championship.

Adding to the difficulty is the time of day.

Saunders plays out of the lowest priority, meaning he often gets the last tee time. With that comes a few distractions, making the task that much tougher.

''There's isn't one guy out here who wouldn't tell you tough it is,'' Saunders said. ''You're dealing with stuff that's ... it's strange. There's some people out on the course that are hooting and hollering. You're dealing with all the volunteers packing up and leaving. It's getting dark, so the rules officials are watching you because they want you to finish. Sometimes it can be a little tough to stay focused and not be distracted. Because there are a lot of distractions late on Friday.''

Last week, he got up-and-down for par on the 17th, and saved par from behind the 18th green to finish at 3 over and make the cut on the number. He didn't realize that because amateur Lee McCoy had made the cut, Saunders could have made bogey on the last hole and made it to the weekend, though with 85 players, there would have been another cut after 54 holes.

''I thought I had to make par and I hit a really good chip,'' he said. ''To hit that shot under that circumstance, it's extremely satisfying and you take a lot from that. And made cut is a made cut. And it's never a bad thing.''

Saunders, the grandson of Arnold Palmer, will be taking on more duties at the Arnold Palmer Invitational. But it's still a PGA Tour event, and he fully expects to be in the last group no matter what side of the draw he is on.

''I'm always last off, and it's frustrating at times,'' he said. ''I think the earliest tee time I've ever had for Thursday-Friday was third or fourth from the last group. But most importantly, I'm getting a tee time. No complaints.''

Saunders has a tee time at Bay Hill this week. He's in the last group Thursday.

KNOX GOES TO AUGUSTA: Russell Knox is playing in his first Masters next month, and part of him looks as much forward to the Par 3 Contest.

The son of his late coach will be his caddie.

Mike Flemming was the Jacksonville University coach who recruited Knox from Inverness, Scotland, and remained his coach and mentor as he made his way onto the PGA Tour. Flemming died two years ago, and Knox choked back tears thinking about him when he won in Shanghai.

''It was always my coach and mine's dream to get to Augusta,'' Knox said. ''Even on the mini-tours, that was the goal. He would joke, 'Let's get to the Masters before I die.' He obviously didn't make it. So when I did qualify, it only made sense to have him (Neal Flemming) come along for the par 3. My coach's wife will be there as well.''

Knox already has shared the experience with his father, who accompanies him - but did not play - when Knox played Augusta National for the first time in early February. Knox couldn't decide who had the better time.

PADRAIG'S ADVENTURES: Padraig Harrington flew halfway around the world after the Valspar Championship to New Delhi, where he will play the Hero Indian Open. He said it would be his first time playing in India since 1994, a week that marks one of his career highlights.

It was his accountant's exam.

''That was the week I became a qualified accountant.''

He never finished what he referred to as ''my articles'' for the Association of Chartered Certified Accountants, and thus never officially was an accountant. Harrington will have to settle for a pair of British Open titles, a PGA Championship, six appearances in the Ryder Cup and 11 times representing Ireland in the World Cup.

He said he has three honorary doctorate degrees.

''I can put all those letters after my name, but I can't put 'ACCA' because I didn't do my articles,'' he said. ''Life is funny. I don't see it as a disappointment. One thing I learned is you have to have an expert look after those things.''

LPGA TO CBS: Five years after the LPGA had only two tournaments on network television, it picked up its seventh of the season when CBS said it would broadcast the final round of the Marathon Classic on July 17.

The other network events are the KPMG Women's PGA (NBC), the Evian Masters (NBC) and the CME Group Tour Championship (ABC).

''Our team has been focused on expanding our network TV coverage, which gives us a chance to showcase the LPGA to a much broader audience to attract more casual fans,'' LPGA Commissioner Mike Whan said.

DIVOTS: The final spot in the 120-man field came down to the 85th position in the FedEx Cup standings. Blayne Barber and Sung Kang were tied at 236.340 points. The tiebreaker was last year, and Barber got the nod because he finished No. 121 in the FedEx Cup, and Kang was on the Web.com Tour. The good news for Kang? He got in, anyway, when Kevin Na withdrew. ... Harrington went from Florida to India and then will return to Texas for the Shell Houston Open, where he would have to win to qualify for the Masters. ''If I sat home and didn't give myself a chance, I would feel I was letting myself down if I didn't try,'' Harrington said. ... Saunders is moving his wife and two young sons from Fort Collins, Colorado, to St. Augustine. Saunders said he loves Fort Collins: ''If I did not play golf for a living, I'd live there for the rest of my life.''

STAT OF THE WEEK: The Valspar Championship at Innisbrook was the first time since the Texas Open that no one shot lower than 66 all week.