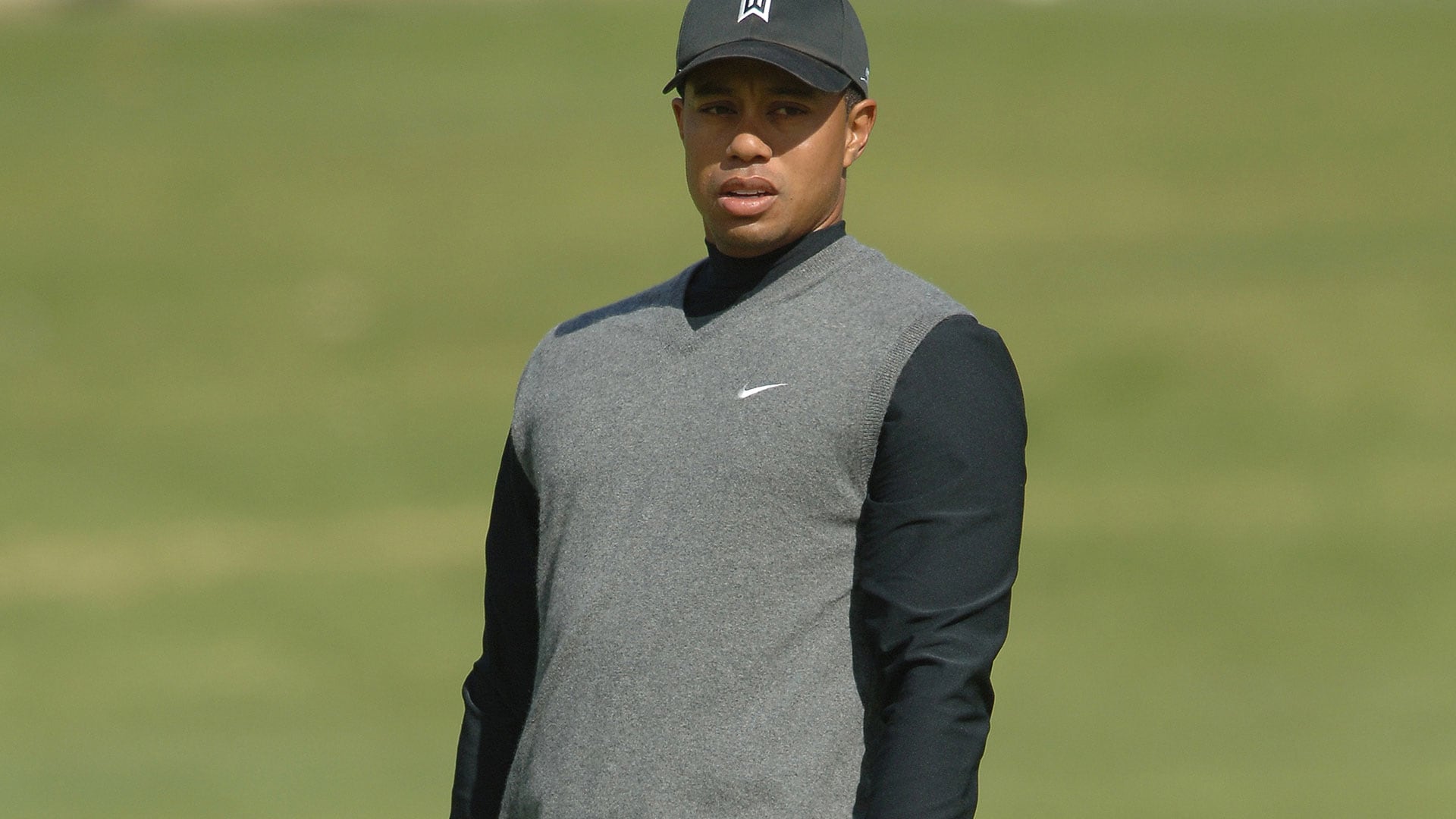 LOS ANGELES - Tiger Woods got caught in the rain without an umbrella, shot a 74 and made the cut on the number at Riviera. He withdrew the next day with the flu and hasn't been back. That was 10 years ago.

That's not to suggest Riviera has seen the last of Woods.

How does this involve Woods?

There have been discussions in recent months for the Tiger Woods Foundation to have a significant charitable component of the Riviera event. It would be the perfect fit for Woods, mainly because the first Tiger Woods Learning Center is located down the road in Anaheim, and the foundation headquarters also is in Southern California.

Woods' foundation also is primary charity of the Deutsche Bank Championship, though Deutsche Bank is not expected to renew its sponsorship after this year.

The announcement about Hyundai becoming title sponsor at Riviera starting in 2017 did not include what the tournament will be called, and any discussions about getting Woods' foundation involved are not expected to progress until after this year's Northern Trust Open.

Woods has played in all of his foundation events when healthy, and that's another part of the equation. He has not played since August, has gone through two more back surgeries and has no idea when he will be fit enough to start practicing, much less playing.

Woods made it clear last December, though, that he wants to get healthy to play again.

Woods played his first PGA Tour event at Riviera as a 16-year-old amateur. He speaks highly of Riviera, without any great success on the course. His best result was a tie for second in 1999. He never finished out of the top 20 when completing the tournament.

JORDAN'S DECISION: Ten years ago in the Rose Bowl, Texas beat Southern California in one of the best college football championship games, and a 12-year-old in Dallas was watching.

''At the time, I was looking into visiting both schools on unofficial visits once I was really a sophomore in high school,'' he said Tuesday. ''No, that didn't convince me to go to either. I was still equally considering, but I was rooting for Texas given I was in Dallas with a lot of family and friends who are obviously Texas fans.''

Spieth wound up going to Texas for three semesters before turning pro, but the appeal of USC was strong.

But it wasn't amazing enough to turn down Texas, and he still got to play Riviera. The Longhorns won the national championship at Riviera in 2012.

MALNATI'S THEORY: Peter Malnati has an endorsement deal with MLB.com, and he uses the popular app to justify the amount of rest he gets during baseball season.

''It's really important in any line of work, especially in what I do with golf, to be well rested,'' Malnati said during a visit to MLB.com studios in New York. ''Sleep is really important. But I have this theory. As long as I'm all ready for bed - teeth brushed and everything - and I'm tucked in bed, everything I do from there still counts almost as sleep. So I watch the Royals on my iPad a lot.''

And if he wasn't in bed watching baseball on TV.

''I would feel bad staying up so late watching some of the games that I do,'' Malnati said. ''That way it's just completely justified.''

If he says so.

DIVOTS: Jordan Spieth will be playing the opening two rounds at Riviera with Justin Thomas, whom he beat in the NCAA finals at Riviera in 2012, which included Spieth holing out for eagle on the 15th hole. Joining them will be 56-year-old Fred Couples. ... Graeme McDowell's ''Best of Ireland'' dinner at the New York Athletic Club last week raised $600,000. The G-Mac Foundation has partnered with the Children's Medical Research Foundation to bring the event to New York in 2012. Since then, it has raised more than $2.7 million to help fund the building of an in-patient cardiac unit that cares for 500 seriously ill children each year in a Dublin hospital. ... Charlie Danielson shot a 68 in the Northern Trust Open Collegiate Showcase, earning him a spot in the tournament.

STAT OF THE WEEK: Vaughn Taylor's victory at Pebble Beach was the first time since Bay Hill in 2013 that he played a tournament that featured the No. 1 player.

FINAL WORD: ''I am sure that the Framers of the Constitution, aware of the 1457 edict of King James II of Scotland prohibiting golf because it interfered with the practice of archery, fully expected that sooner or later the paths of golf and government, the law and the links, would once again cross, and that the judges of this august Court would some day have to wrestle with that age-old jurisprudential question, for which their years of study in the law have so well prepared them: Is someone riding around a golf course from shot to shot really a golfer?'' - The late Justice Antonin Scalia, writing the dissenting opinion in 2001 when the U.S. Supreme Court ruled in favor of Casey Martin's lawsuit against the PGA Tour.