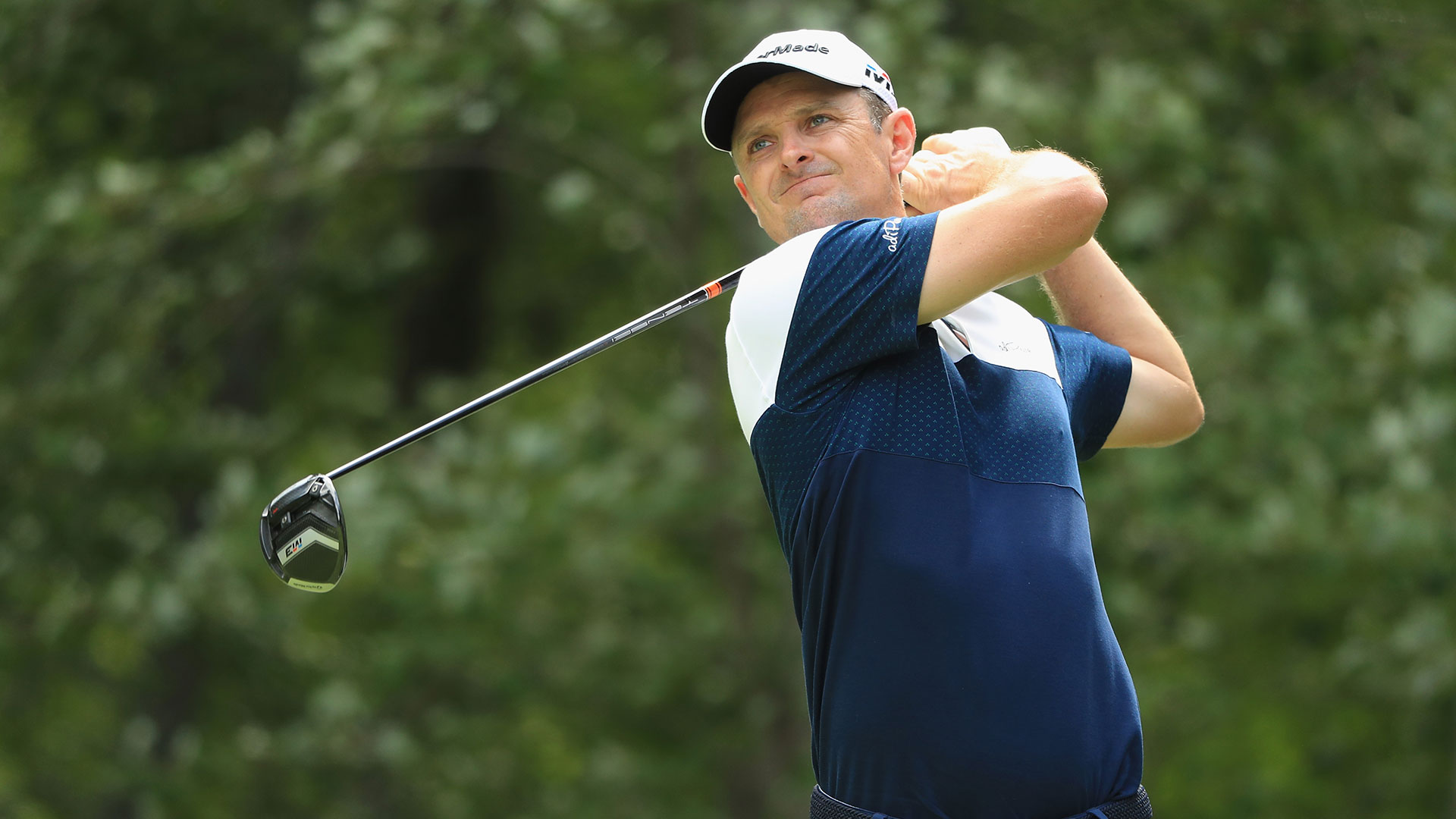 NORTON, Mass. – Justin Rose missed the cut in the FedEx Cup playoffs opener and decided to make the most of it. He stayed home in the Bahamas for six days, opting out of the pro-am and not arriving to the Dell Technologies Championship until the evening for the opening round Friday.

And then he was off and running at the TPC Boston.

On a breezy day that kept scoring unusually high, Rose putted for birdie on all but two holes and made his six birdies count by keeping bogeys off his card. Three birdies over his last four holes gave him a 6-under 65 and a one-shot lead.

''Just keeping the card clean made the birdies really count for something,'' Rose said. ''To birdie three of the last four made a good day a very good day.''

Russell Knox and Abraham Ancer were one shot behind with strong finishes of their own.

Ancer, the first Mexican to reach the second stage of the FedEx Cup playoffs, finished on the front nine with four birdies over his last six holes. Knox was a bit more dynamic. He was in the middle of the pack until he holed a wedge from 109 yards for eagle on No. 15, hit a 6-iron on the par-3 16th that tumbled out of the right collar and rolled down the slope to 2 feet, and then finished with a 15-foot birdie putt.

''The round was just good in four holes,'' Knox said. ''I have had one of those bang-bang runs in a while. I was just playing OK, and all of a sudden got a little spark.''

Tiger Woods was more about spinning his wheels.

In his first time back at the TPC Boston in five years, Woods nearly hit the wrong club off the 10th tee to start his round, but only because his caddie had the head covers on the wrong metals leaving the range. Not that it mattered. Woods went back for his 3-wood and pumped that left into a hazard to start with a bogey. He also had a new putter that resembles the one with which he won his 14 majors.

That only kept his score from being higher. He wound up with a 72, the 10th time in his last 11 tournaments he didn't break par in the opening round.

''I putted beautifully today, I really did,'' Woods said. ''I hit a lot of good putts, and just have to give myself more looks out of them. I didn't hit the ball close enough.''

Keegan Bradley put last week behind him quickly. He played in the final group at The Northern Trust and shot 78, and then he answered with a 67 to join Beau Hossler, Gary Woodland and Chris Kirk.

Dustin Johnson and Rafa Cabrera Bello were among those at 68.

The missed cut didn't bother Rose too much. He still only slipped to No. 6 in the FedEx Cup, and the time at home allowed him to reflect on the last year. Starting at The Northern Trust a year ago, Rose ran off 10 straight top 10s, and he completed a 12-month cycle with 18 top 10s in 24 tournaments.

''I felt like last week kind of snapped the streak in a way, and kind of enabled me to let that go,'' Rose said. ''It's been a great run. I'm proud of that consistency. But I now feel I can ... put that nice run behind me and just start fresh now with fresh goals for the rest of the season.''

The TPC Boston is a good place for Rose to feel like it's a fresh start. He played the course for the first time in 2003, the inaugural year of the tournament. PGA Tour Commissioner Jay Monahan was the tournament director. Rose shot 63 his first competitive round.

Knox and Ancer are different sides of the FedEx Cup equation. They can't afford anything but great golf.

Knox missed the cut last week and dropped to No. 93. Only the top 70 advance to next week outside Philadelphia. Ancer also missed the cut and fell to No. 92.

Both took a big step toward extending their seasons.

''I've got to make a good jump on it,'' Ancer said. ''Came in with no expectations, just play like I've been playing all year, and that will take care of itself.''

Cabrera Bello found himself in a precarious spot last week when he tied for 60th. It was his last chance for world ranking points to apply to the Ryder Cup standings, and the Spaniard didn't get any. He could have flown to Denmark, where points still apply, but that would mean a chance at missing out on the top 70 in the FedEx Cup.

''I decided to stay here, play the best I can,'' he said. ''I feel that if I have a good week here, it might not count directly in points, but it counts indirectly, because of captain's decision. That's my goal.''