San Diego home, but no Torrey edge for Ogilvy 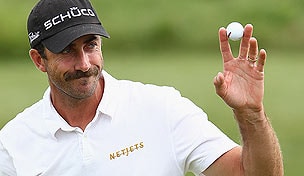 SAN DIEGO – It takes Geoff Ogilvy only 10 minutes to get from his house to Torrey Pines, a beautiful commute through the village of Del Mar, along a stretch of surf at Torrey Pines State Beach and then up the side of a cliff to his office for the week.

Not necessarily. He grew up in Australia, and only recently moved here from Arizona.

Ogilvy played a practice round for the Farmers Insurance Open on Tuesday. It was his first time on the South Course at Torrey Pines since he shot 74 and tied for ninth in the 2008 U.S. Open.

“There’s a lot of nice golf courses around that don’t have 50 people standing on the first tee when you line up, which is a testament to how cool the place is,” Ogilvy said Wednesday. “This is pretty unique. It’s a bit like Bethpage in New York. It’s the pride and joy of the town, really. I’d love to play here a bit more, but I just don’t get around to doing it.”

Ogilvy will get his fill this week when the tournament gets under way Thursday. This is his first tournament of 2012, and he has high hopes for his season, much like he did a year ago until slicing open his finger on the coral while at Kapalua.

The real hometown favorite is Phil Mickelson, who grew up in San Diego and was a regular at Torrey Pines. Mickelson moved to Arizona early in his career, before coming home. Mickelson’s caddie, Jim Mackay, and Ogilvy were neighbors in the Scottsdale area.

What’s a guy from Melbourne doing all the way in San Diego?

“It started when we had kids,” he said, noting that Scottsdale’s three months of triple-digit temperatures made it difficult to take the kids outside. “A lot of people from Arizona come to the coast in the summer. It’s just not that cool, really. So we started coming over for summers. Spent the whole summer here when the Open was here and had a great time. And basically just started looking for houses because we enjoyed it.”

The plan was for Del Mar to be a summer getaway from the heat.

But there was always the drive home, through the desert, over the mountains, down into the valley of Phoenix.

“You drive over those mountains and it’s going up a degree every second almost,” he said. “And you get down to the bottom of the hill and it’s 105. It’s like, `Why are we going back?’ We eventually just decided on one of the trips back that this would be our last winter.”

The surf. The beach atmosphere while walking along sidewalk cafes in Del Mar. Even the eucalyptus trees.

“The trees are all Australian trees,” he said. “You stole them.”

With Torrey Pines packing in the public crowd, Ogilvy has taken to nearby courses like La Jolla Country Club, San Diego Country Club, the Grand and the Bridges at Rancho Santa Fe.

No matter how pretty the area is, Ogilvy sees it as a work week. He failed to win last year, a season lost due to the finger injury in January, a neck issue in the spring and even stomach trouble in the middle of the year.

He had a busy fall with the HSBC Champions in Shanghai, the Presidents Cup in Melbourne and the Australian events. He has been playing a lot of rounds in good winter weather in San Diego.

“I’ve been at practice the last couple of weeks and it feels pretty good,” he said. “I’ve got that start-of-the-year excitement to play.”

Most of golf’s biggest stars are halfway around the world in Abu Dhabi this week, which includes Tiger Woods, whose seven wins at Torrey Pines includes the 2008 U.S. Open. The top four players in the world also are in the Middle East – Luke Donald, Lee Westwood, Rory McIlroy and Martin Kaymer – meaning there figures to be more world ranking points.

Torrey Pines offers a deeper field, yet only one of the top 10 in Dustin Johnson. Mickelson is the biggest star this week at No. 15 in the world, no longer having to share the stage with Woods in his hometown.

Among the PGA Tour players who waited until the fourth week to make their 2012 debut are Ogilvy, Hunter Mahan and Rickie Fowler, who starts his third full year still looking for his first Tour win.

Ernie Els is making his 2012 PGA Tour debut as well, though he lost in a three-man playoff last week in South Africa at the Volvo Champions. It was disappointing not to win, yet encouraging to close with 67 and get a runner-up finish to move up the world ranking.

He is now No. 57. And he is paying attention to the ranking for good reason.

For the first time in nearly 20 years, the Big Easy starts a new season without assurances that he will be at the Masters. He might not be eligible for two World Golf Championships over the next six weeks.

And for the first time since he cares to remember, Els finds himself looking at the world ranking. 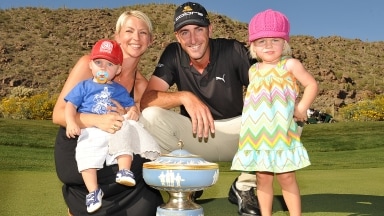