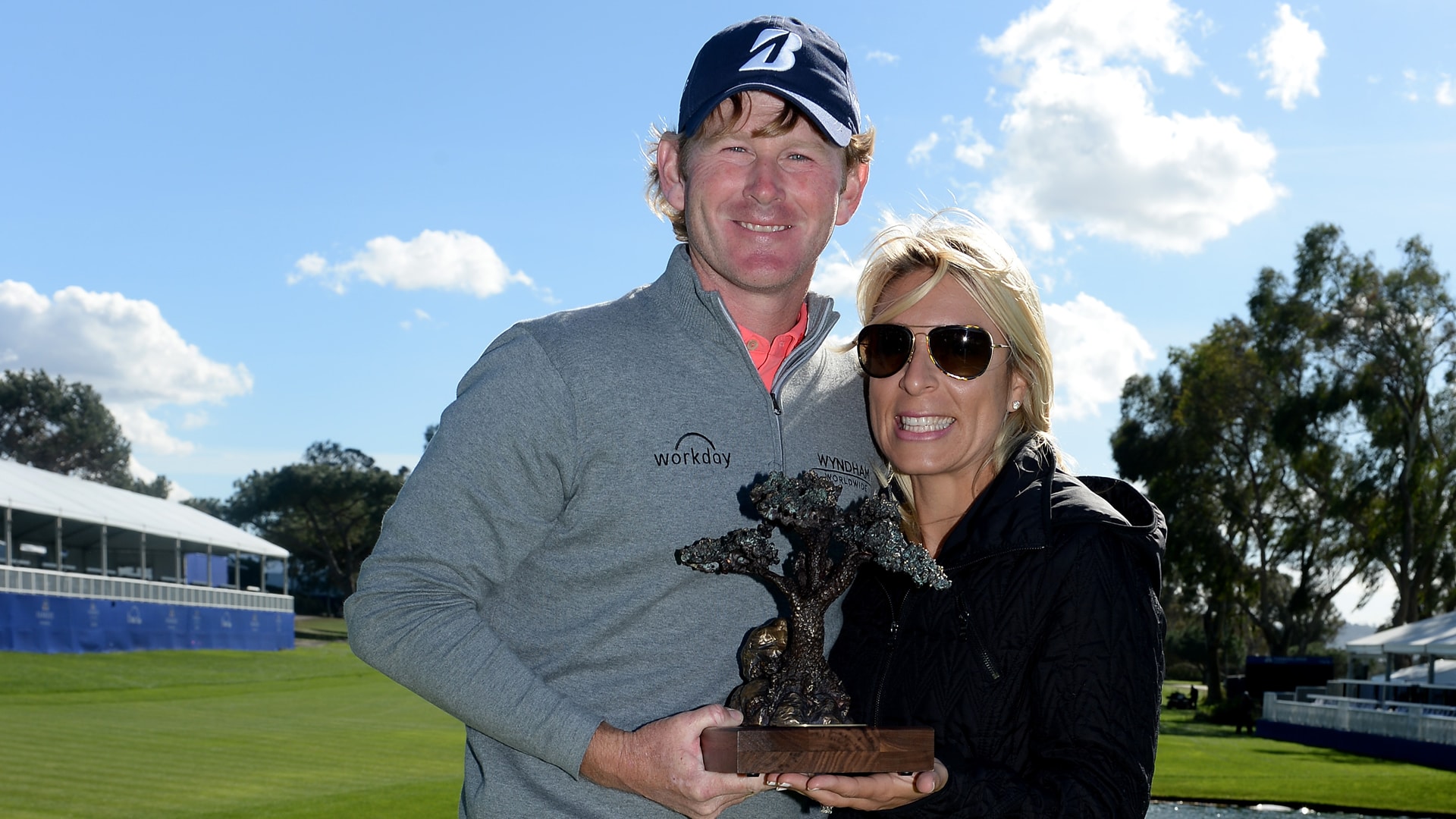 SAN DIEGO - Brandt Snedeker won the praise of his peers for a closing round at Torrey Pines that left them in awe.

Now he has a trophy to show for it.

Snedeker wound up winning the Farmers Insurance Open on Monday when the conditions turned out to be just as tough as when he shot his 69 on Sunday, a score that was roughly nine shots better than the field average.

Jimmy Walker had a one-shot lead over Snedeker and K.J. Choi when the final round resumed among a dozen toppled trees on the South Course. With a strong wind from the opposite direction, Walker and Choi tried to hang on with pars and simply couldn't.

''The way the wind blew and made those last five holes play so tough on those guys, I feel bad for them,'' Snedeker said. ''They got the raw end of the stick this morning. But that's just the way golf goes, and luckily enough, I played good enough yesterday to get the job done. So it's a special feeling to say the least.''

Snedeker won at 6-under 282, the highest winning score at Torrey Pines since Fuzzy Zoeller in 1979.

The average score was 77.9, the highest fourth-round average at a regular PGA Tour event since the Tour began keeping such statistics in 1983.

Choi couldn't reach the 437-yard 14th with a driver and a fairway metal, and his 6-foot par putt slid by on the left. That dropped him to 5 under, and his last chance to catch Snedeker was a 30-foot birdie putt on the 18th that missed by a yard. He closed with a 76.

Snedeker won for the second time at Torrey Pines, and both involved a most improbable comeback.

Four years ago, he was seven shots out of the lead and figured he had locked up second place when Kyle Stanley made a triple bogey from the fairway on the par-5 18th and Snedeker beat him in a playoff. This time, Snedeker made the cut on the number and was six shots back going into the final round when he got help from the elements.

Snedeker did his part. He played the final 17 holes without a bogey in raging wind and occasional rain, with gusts topping 40 mph that forced play to be suspended three times before the South Course was evacuated.

Of the 23 players who finished on Sunday, there were 11 rounds in the 80s.

He needed more help on Monday, and he worried it wouldn't arrive.

The round was to resume at 8 a.m., and there was hardly any wind. Play was delayed two hours so officials could remove debris from the overnight wind that was relentless. Among the trees that were toppled was a 60-foot eucalyptus that fell across the left edge of the 15th fairway some 40 yards from the green.

By the time it started, the wind showed up out of the north - the back nine had been set up to account for a southerly wind the day before.

Players were hitting wedge into the 14th on Sunday. They were hitting fairway metals on Monday. The par-5 18th couldn't be reached in two by anyone.

Even when players did hit a good shot, it was difficult to tell because there were no spectators on the golf course. The only volunteers were to drive the evacuation vans if necessary. Snedeker made it as far as the practice range and putting green.

It was his eighth career victory, fourth in California. Snedeker has won twice at Torrey Pines and twice at Pebble Beach. It also was his fourth comeback of at least five shots in the final round.

Choi had his best finish since June 2014. This is the final year of his five-year exemption from winning The Players Championship in 2011.

There were 23 rounds in the 80s, with Scott Brown the highest at 87 while playing in the final group.