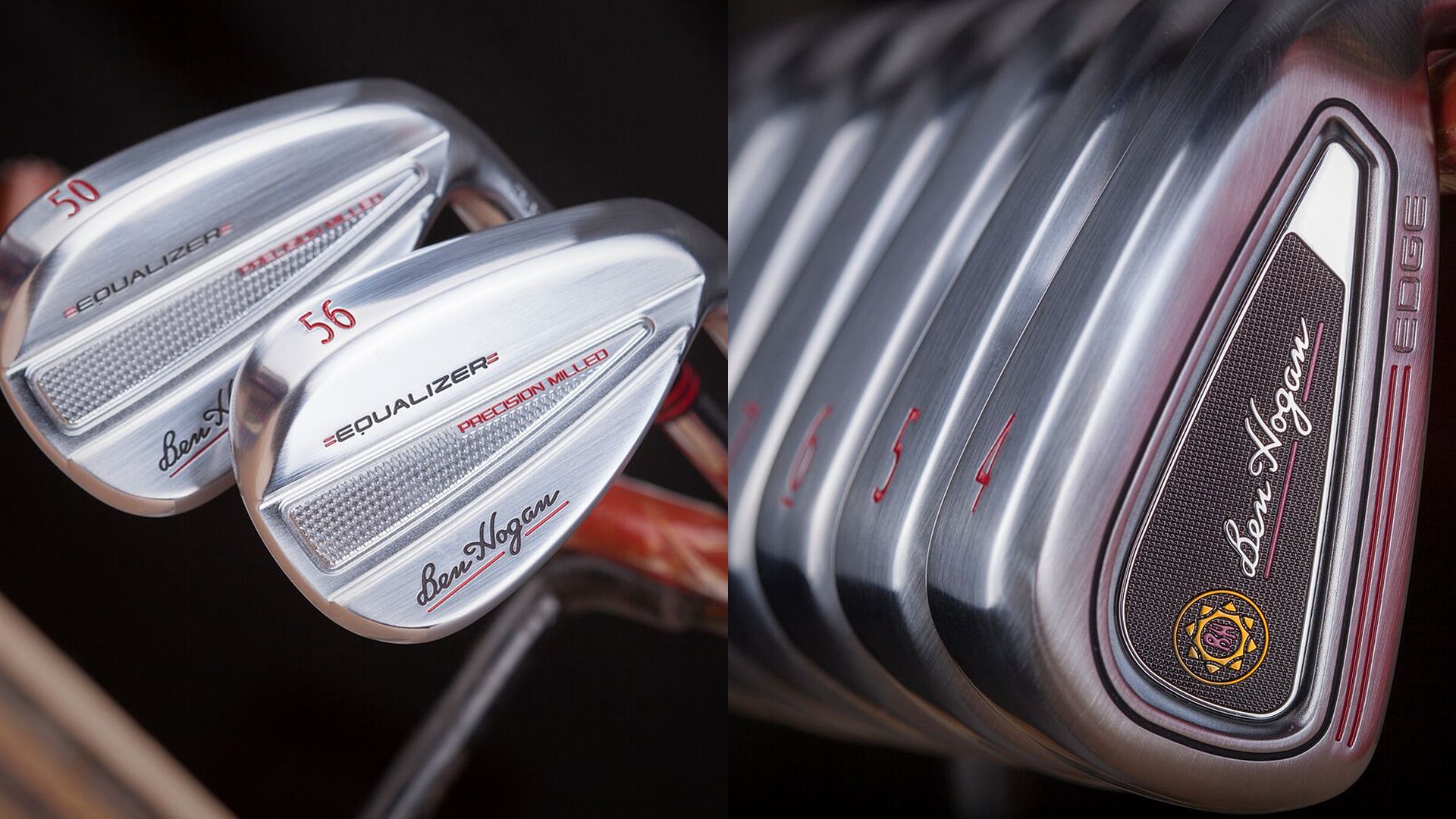 Hogan’s competitors called his pitching wedge his “equalizer” because he played it so efficiently. Hogan, who won 65 Tour events, including nine majors, credited much of his short-game success to his wedge design and relentless practice regime.

Hogan Equalizer wedges, including Gap, Sand and Lob lofts, are designed to hit high, medium and low shots. Forged from carbon steel, they feature a "Progressive Center of Mass Weighting System," where mass is moved higher and around the edge of the clubhead in the lower lofted gap wedges, producing lower shots, and moved lower in the sand and more highly lofted lob wedges, producing higher shots.

For maximum spin and stopping power, the Equalizer wedges feature a milled face and U-shaped grooves.

Edge irons represent the re-introduction of a classic Hogan club name. Edge irons are forged, but the clubheads are hollowed out and filled with foam, enhancing forgiveness on off-center hits. The long irons have thin face plates to enhance ball speed, and the face plates are progressively thicker down through the short irons. The trailing edge of the clubhead has increased bounce to prevent digging into the turf.

Both Equalizer wedges and Edge irons can be customized for no charge. Customization options includes lengths, lies, shafts and grip modifications.

Both club lines are available for demo or purchase at www.BenHoganGolf.com exclusively. They are sold direct-to-consumers for $100 per wedge with either steel or graphite shafts, or $735 per iron set (4-iron through pitching wedge).