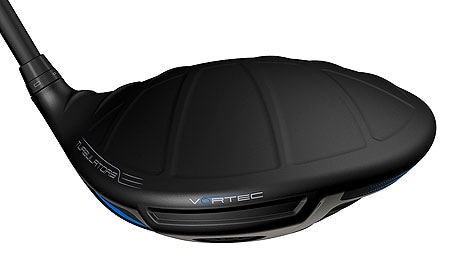 Dragonflies and 18-wheelers aren’t commonly associated with each other, but they provided the inspiration for some of the technology used in Ping’s new G Series of drivers, fairway woods, hybrids, irons and a new club category that Ping calls the Crossover.

“Our design process is different, as we gather information from the world around us, study new materials, and test rigorously to make sure our products give golfers meaningful results,” said John A. Solheim, Ping’s chairman and CEO.

A close-up photograph of a dragonfly taken by Solheim was the inspiration for the primary innovation in the driver. Intrigued by the wing structure, Solheim showed the photo to a group of engineers. Using biomimicry – emulating things found in nature - they created “dragonfly technology” for the clubhead of the driver. The result was Ping’s thinnest and lightest crown, and, because of an 8-gram weight savings, a lower and deeper center of gravity than any other driver, which increases dynamic loft and elevates moment of inertia for maximizing distance and forgiveness.

Engineers also studied how 18-wheelers reduce vortexes at their back end, and incorporated what they learned into the G drivers to improve aerodynamics. The result, Ping says, is a 37 percent reduction of drag in the impact zone.

Golfers can adjust loft up to 1º with five settings utilizing a hosel sleeve.

The G SF Tec driver has weight closer to the heel to produce a right-to-left shot bend (for right-handed golfers). The G LS Tec driver has an extremely low center of gravity (slightly forward of the standard G driver), for the player who desires low spin.

Ping says it created the Crossover “to combine the precision, workability and

control of an iron with the ball speed and forgiveness of a hybrid.”

“It shouldn’t be confused with a driving iron,” Solheim said. “It’s higher-launching and much more forgiving, and offers a lot of versatility.”