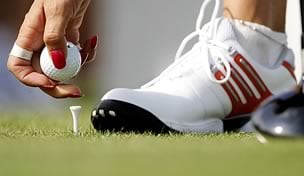 Ping CEO John Solheim has proposed a new regulatory concept he believes will help the game at all levels.

Solheim proposed a Ball Distance Rating – a three-tier system designed to replace the existing U.S. Golf Association limitations. The first tier – the middle on the scale – would equal the current standard, with others for balls flying shorter and longer than the current regulation of 317 yards.

The ball rating would not impact the bottom line of Ping, as the company currently only manufactures clubs, though it did sell balls in the past.

The rating system would be introduced as a condition of competition which could allow tournaments and tours to roll back the golf ball to preserve architectural integrity of classic golf courses and, hypothetically, allow more tracks to host professional events.

“A BDR condition of competition would create a simpler way to control distance at the tour level – and keep the competitive design of the world’s great courses in play,” said Solheim in a release. “This concept addresses the unique talents of the top 0.1 percent of the world’s golfers without hurting the other 99.9 percent.”

The idea is similar to the concept of introducing a 'tournament ball' – a notion endorsed by the likes of Jack Nicklaus and Arnold Palmer. Solheim's recommendation, however, would create a regulatory rubric for manufacturers instead of issuing a single standard ball for an entire tournament field.

He proposes a tier in his rating scale for amateurs to use a golf ball longer than the current standard. The Ping CEO suggests weighting a player's handicap index based upon the rating of the ball they play, similar to course slope.

The proposal is a simultaneous endorsement of two controversial rules concepts. Solheim is tepidly endorsing bifurcation – creating different sets of rules for professionals and amateurs – as well as a rollback of existing technology.

The CEO, however, denies the idea is proposed in the spirit of bifurcation.

'Amateurs and professionals will still play to a ball limit, just not necessarily the same one on the same course,' he said.

The USGA has studied the impact of a ball rollback in the past. In 2005, the governing body asked manufacturers to submit prototype balls which flew 15-25 yards shorter than the current standard. Last year, several Canadian Tour players were asked to compete in a one-day, mock tournament using similar prototypes. 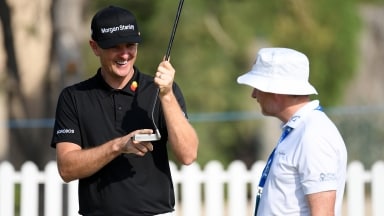