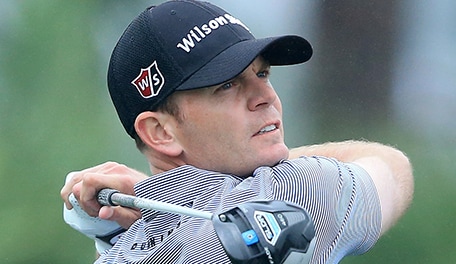 This week marks the 41st event of the 2014-15 PGA Tour season, as 132 players tee it up at the Barracuda Championship. Each week, a panel of experts will offer up their picks from four groups of players, based on Golf Channel's fantasy game, Fantasy Challenge. We will also keep track of their scores and standings. The panel includes: senior writers Rex Hoggard and Randall Mell; editorial director Jay Coffin; associate editor Will Gray; 'Morning Drive' host Gary Williams; host Charlie Rymer and defending fantasy champion Ryan Lavner.

Group 1: Brendan Steele: The veteran has three top-30 finishes in his last four worldwide starts and his record at Montreux includes three straight top-25 finishes, highlighted by a fourth-place showing in 2013.

Group 2: Andres Romero: Romero finished third here in 2012, was a runner-up the following year and has three top-25s in his last four starts.

Group 4: Kyle Stanley: The former PGA Tour winner has fallen off in recent years, but his game has resurfaced somewhat this season and he finished T-8 in Reno a year ago.

Group 1: Will Wilcox: He finished runner-up at the last opposite-field event (Barbasol Championship) and is enjoying his most consistent season of his career with 11 of his last 12 rounds under par.

Group 2: Ryo Ishikawa: He slowed after a stellar start last week at the Quicken Loans National but at 125th on the FedEx Cup point list he needs another good week.

Group 3: Aaron Baddeley: The Australian’s work with new swing coach Scott Hamilton continues to pay dividends and he’s always been one of the game’s best putters.

Group 4: David Duval: He showed flashes of old form at the Open Championship and gained some valuable confidence.