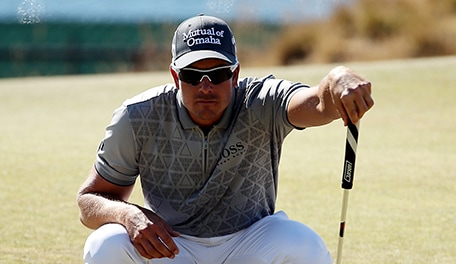 This week the European Tour heads to Germany for the BMW International Open. Each week, a panel of experts will offer up their picks from four groups of players, based on Golf Channel's fantasy game, Fantasy Challenge. We will also keep track of their scores and standings. The panel includes: senior writers Rex Hoggard and Randall Mell; editorial director Jay Coffin; associate editor Will Gray; 'Morning Drive' hostGary Williams; host Charlie Rymer and defending fantasy champion Ryan Lavner.

Group 1: Henrik Stenson: Stenson won on this course back in 2006 and finished T-2 at this event a year ago. His ball-striking is starting to return, and among a watered-down field he's the best choice at the top.

Group 2: Chris Wood: Wood played well at Wentworth, then carried that momentum with him to Austria where he won the Lyoness Open two weeks ago. That hot streak should continue this week in Munich.

Group 3: Maximilian Kieffer: The German should have plenty of crowd support. He hasn't missed a cut in 15 European Tour starts this year, including a T-8 finish at Royal County Down and a T-3 finish at the Nordea Masters.

Group 4: Matthew Nixon: Nixon has a pair of top-25 finishes in his two most recent starts and has strung together three straight top-30 results at this event.

Group 1: Henrik Stenson: Won at this track in '06 and always seems to play well in Germany.

Group 2: Soren Kjeldsen: Riding the hot hand here. Kjeldsen is coming off a victory at the Irish Open and a second-place finish at the Nordea Masters.

Group 3: Matthew Fitzpatrick: After a miserable start to the year, Fitzpatrick's finding some nice form, coming off two top 10s in his last three starts.

Group 1: Henrik Stenson: The Swede is finally healthy, as evidenced by his quick start last week at Chambers Bay, and finished runner-up last year at this event.

Group 3: Matthew Fitzpatrick: Former U.S. Amateur champion has rebounded after a slow start to the season, and was third two weeks ago at the Lyoness Open.

Group 4: Tom Lewis: Despite a poor record at this event, the Englishman has been trending in the right direction in recent weeks.