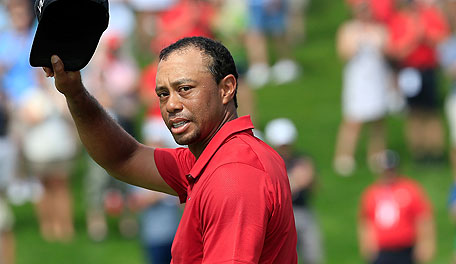 This week marks the 34th event of the 2014-15 PGA Tour season, as 156 players tee it up at The Greenbrier Classic. Each week, a panel of experts will offer up their picks from four groups of players, based on Golf Channel's fantasy game, Fantasy Challenge. We will also keep track of their scores and standings. The panel includes: senior writers Rex Hoggard and Randall Mell; editorial director Jay Coffin; associate editor Will Gray; 'Morning Drive' host Gary Williams; host Charlie Rymer and defending fantasy champion Ryan Lavner.

Group 1: Bill Haas: Haas has been predictably reliable this season, and he tends to play well at The Greenbrier. Haas has three top-25 finishes in the last four years on Old White TPC, and that streak should continue this week.

Group 2: Webb Simpson: Like Haas, Simpson tends to save some of his best golf for his annual trip to West Virginia. Simpson has three top-10 finishes in the last four years and was a runner-up just a few weeks back at Quail Hollow.

Group 3: Tiger Woods: He has to turn it around at some point. Right? With ample fairways, relatively tame rough and flat terrain, this could be the week where Woods gets things back on track before heading to St. Andrews.

Group 4: Scott Langley: Langley was an early factor last week at TPC River Highlands, and he finished T-26 at The Greenbrier last year. The course, and this style of golf, should suit his game.

Group 1: Paul Casey: Although he has gone 88 PGA Tour starts without a victory, his performance last week at the Travelers Championship is proof he’s close to a breakthrough.

Group 2: Kevin Kisner: A default pick considering how well he’s driving the ball and his play since the Tour left the West Coast.

Group 4: Jason Gore: Although he faded after a fast start at the Travelers Championship, he was inspired by the chance to earn his first trip to the Open Championship and will get another chance this week.