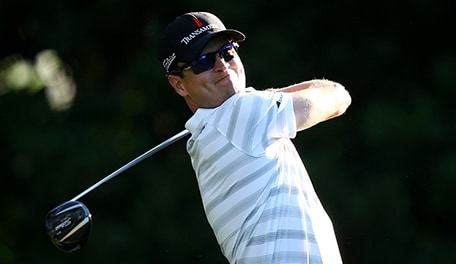 This week marks the 35th event of the 2014-15 PGA Tour season, as 156 players tee it up at the John Deere Classic. Each week, a panel of experts will offer up their picks from four groups of players, based on Golf Channel's fantasy game, Fantasy Challenge. We will also keep track of their scores and standings. The panel includes: senior writers Rex Hoggard and Randall Mell; editorial director Jay Coffin; associate editor Will Gray; 'Morning Drive' host Gary Williams; host Charlie Rymer and defending fantasy champion Ryan Lavner.

Group 1: Zach Johnson: Hard to leave Spieth on the bench, but I'll roll with the de facto mayor of Silvis. Johnson won here in 2012 and has finished second each of the last two years in an event that he circles every year on his calendar. Expect another strong week after eight top-20 finishes over his last 10 starts.

Group 2: Steve Stricker: It wasn't too long ago that this event belonged to Stricker, who won three straight from 2009-11. While Stricker missed the cut last week at The Greenbrier, he simply couldn't find his footing on the greens - which shouldn't be an issue at TPC Deere Run.

Group 3: Scott Langley: The former University of Illinois standout has spoken about sparking a turnaround with a positive attitude, and it showed with his T-13 finish last week in West Virginia. Langley finished T-27 last year in Silvis and shot bookend rounds of 62-65 at The Greenbrier.

Group 1: Jordan Spieth: Despite all the handwringing over whether he should play the week before the Open Championship, he’s finished tied for seventh and first in his last two starts at TPC Deere Run. Enough said.

Group 2: Brendon de Jonge: He’s always played well at the John Deere Classic and he’s due for a breakout week and a chance to finally shed the label, “best player without a PGA Tour victory.”

Group 3: Bo Van Pelt: It’s been a tough year for the once-consistent veteran, but he has shown flashes of good form this season like his tie for seventh two weeks ago at the Travelers Championship.

Group 4: Aaron Baddeley: Another player who has been trending in the right direction and his move to a new swing coach (Scott Hamilton) is starting to pay off.

Group 2: Danny Lee: Confidence and a hot hand hard to bet against.

Group 4: Chad Collins: After a spell of missed cuts early in the year, he’s playing a lot of weekends, T-6 at Greenbrier.