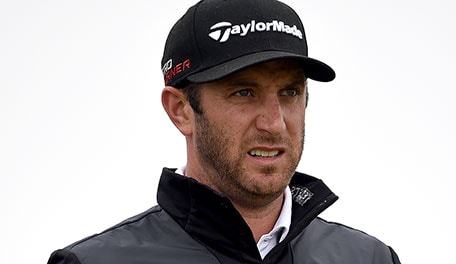 This week marks the 36th event of the 2014-15 PGA Tour season, as 156 players tee it up at the Open Championship. Each week, a panel of experts will offer up their picks from four groups of players, based on Golf Channel's fantasy game, Fantasy Challenge. We will also keep track of their scores and standings. The panel includes: senior writers Rex Hoggard and Randall Mell; editorial director Jay Coffin; associate editor Will Gray; 'Morning Drive' host Gary Williams; host Charlie Rymer and defending fantasy champion Ryan Lavner.

Group 1: Dustin Johnson: Redemption is at hand for DJ. Just as Adam Scott rebounded quickly from his crushing defeat at Royal Lytham in 2012, so too Johnson will bounce back from a near-miss at Chambers Bay. His length off the tee will prove a huge asset with the soft conditions, and he has four top-15 finishes in this event since 2010.

Group 2: Hideki Matsuyama: The Japanese sensation hasn't finished outside the top 25 on the PGA Tour since February, a trend I expect to continue this week. Matsuyama was T-6 two years ago at Muirfield and is among the best tee-to-green players in the field.

Group 3: Francesco Molinari: The Italian has been lurking all summer on both tours, with close calls at Wentworth and Muirfield Village among others. Molinari leads the PGA Tour in driving accuracy, sits second in GIR percentage and cracked the top 15 each of the last two years at the Open.

Group 4: Tiger Woods: The fruit is simply too tempting. If Woods is ever going to spark his return to prominence, it seems like the Old Course - one of his all-time favorite haunts - is the best place for him to do so.

Group 1: Dustin Johnson: Never discount the importance of a short memory in golf. Sure, that runner-up finish at the U.S. Open was hard, but DJ followed similar heartbreak in 2010 with a victory at the BMW Championship.

Group 2: Paul Casey: The Englishman is in good form following his runner-up showing at the Travelers Championship last month and he teed off in the final group in 2010 at the last St. Andrews Open.

Group 4: Tiger Woods: Say what you will about the 241st-ranked player in the world, he showed signs of life in his last start at The Greenbrier Classic (T-32) and he has won two of his three Opens at St. Andrews.