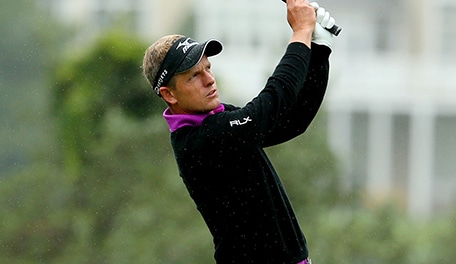 This week marks the 38th event of the 2014-15 PGA Tour season, as 156 players tee it up at the RBC Canadian Open. Each week, a panel of experts will offer up their picks from four groups of players, based on Golf Channel's fantasy game, Fantasy Challenge. We will also keep track of their scores and standings. The panel includes: senior writers Rex Hoggard and Randall Mell; editorial director Jay Coffin; associate editor Will Gray; 'Morning Drive' host Gary Williams; host Charlie Rymer and defending fantasy champion Ryan Lavner.

Group 1:Brooks Koepka: Koepka is a rising star and appears to have rebounded from a rib injury earlier this spring. He is now riding a streak of four straight top-25 finishes, played his last 36 holes at St. Andrews without a bogey, and should contend for what would be his second title this year.

Group 2: Luke Donald: After playing his way into each of the last two major championships, Donald has shown signs of a comeback. He has cracked the top 15 in each of his last three starts and heads to Canada with a ton of confidence.

Group 3: Greg Owen: Owen turned his season around with a runner-up in Memphis, then played his way into the Open Championship with a top-10 finish at The Greenbrier. The Englishman then finished T-20 at St. Andrews and was T-12 at Glen Abbey two years ago.

Group 4: Brad Fritsch: Fritsch is one of several Canadians in this week's field, and he enters off a strong performance last week on the Web.com Tour. He also qualified for the U.S. Open last month at Chambers Bay en route to a T-46 finish.