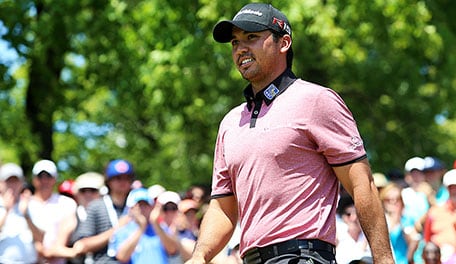 This week marks the 40th event of the 2014-15 PGA Tour season, as 77 players tee it up at the WGC-Bridgestone Invitational. Each week, a panel of experts will offer up their picks from four groups of players, based on Golf Channel's fantasy game, Fantasy Challenge. We will also keep track of their scores and standings. The panel includes: senior writers Rex Hoggard and Randall Mell; editorial director Jay Coffin; associate editor Will Gray; 'Morning Drive' host Gary Williams; host Charlie Rymer and defending fantasy champion Ryan Lavner.

Group 1: Jason Day: With his confidence soaring after a win in Canada, Day has now compiled three straight top-10 finishes and tees it up on a course where he finished T-4 back in 2011.

Group 2: Sergio Garcia: Last year's 36- and 54-hole leader ultimately finished second behind Rory McIlroy, but he returns to Akron on the heels of two straight T-6 finishes in Europe.

Group 3: Keegan Bradley: A nod to course history, as Bradley's record at Firestone includes a win in 2012, a runner-up finish in 2013 and a T-4 finish a year ago.

Group 4: Danny Lee: The Kiwi hasn't missed a beat since his breakthrough win at The Greenbrier, adding a pair of top-five finishes over his three subsequent starts.

Group 1: Jordan Spieth: He came up short of a historic third consecutive major championship at St. Andrews, but he knows there is still history to be made this season.

Group 2: Adam Scott: The Australian won the WGC-Bridgestone Invitational in 2011 and tied for eighth last year at Firestone.

Group 3: Brandt Snedeker: He missed the cut at the Open Championship and was forced to miss the Canadian Open with a recurring hip ailment, but Sneds has top-10 finishes in four of his last five starts and says he is healthy.

Group 4: Danny Lee: Another player on a solid run with three top-5 finishes in his last four starts including his playoff victory at the Greenbrier Classic.