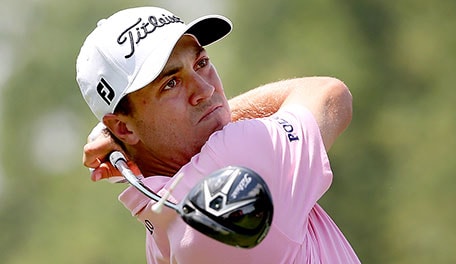 This week marks the 43rd event of the 2014-15 PGA Tour season, as 156 players tee it up at the Wyndham Championship. Each week, a panel of experts will offer up their picks from four groups of players, based on Golf Channel's fantasy game, Fantasy Challenge. We will also keep track of their scores and standings. The panel includes: senior writers Rex Hoggard and Randall Mell; editorial director Jay Coffin; associate editor Will Gray; 'Morning Drive' host Gary Williams; host Charlie Rymer and defending fantasy champion Ryan Lavner.

Group 1: Martin Kaymer: Revitalized by his play at the PGA Championship, where he tied for 12th place, the German needs a big week if he’s going to make the FedEx Cup playoffs.

Group 3: Scott Langley: In the last month he’s plummeted from 112th on the FedEx Cup list to just outside the bubble (126th) and is another player who needs one final post-season push.

Group 4: Brian Davis: The Englishman played well at the Wyndham Championship last year (T-38) and has finished inside the top 15 in his last two starts.