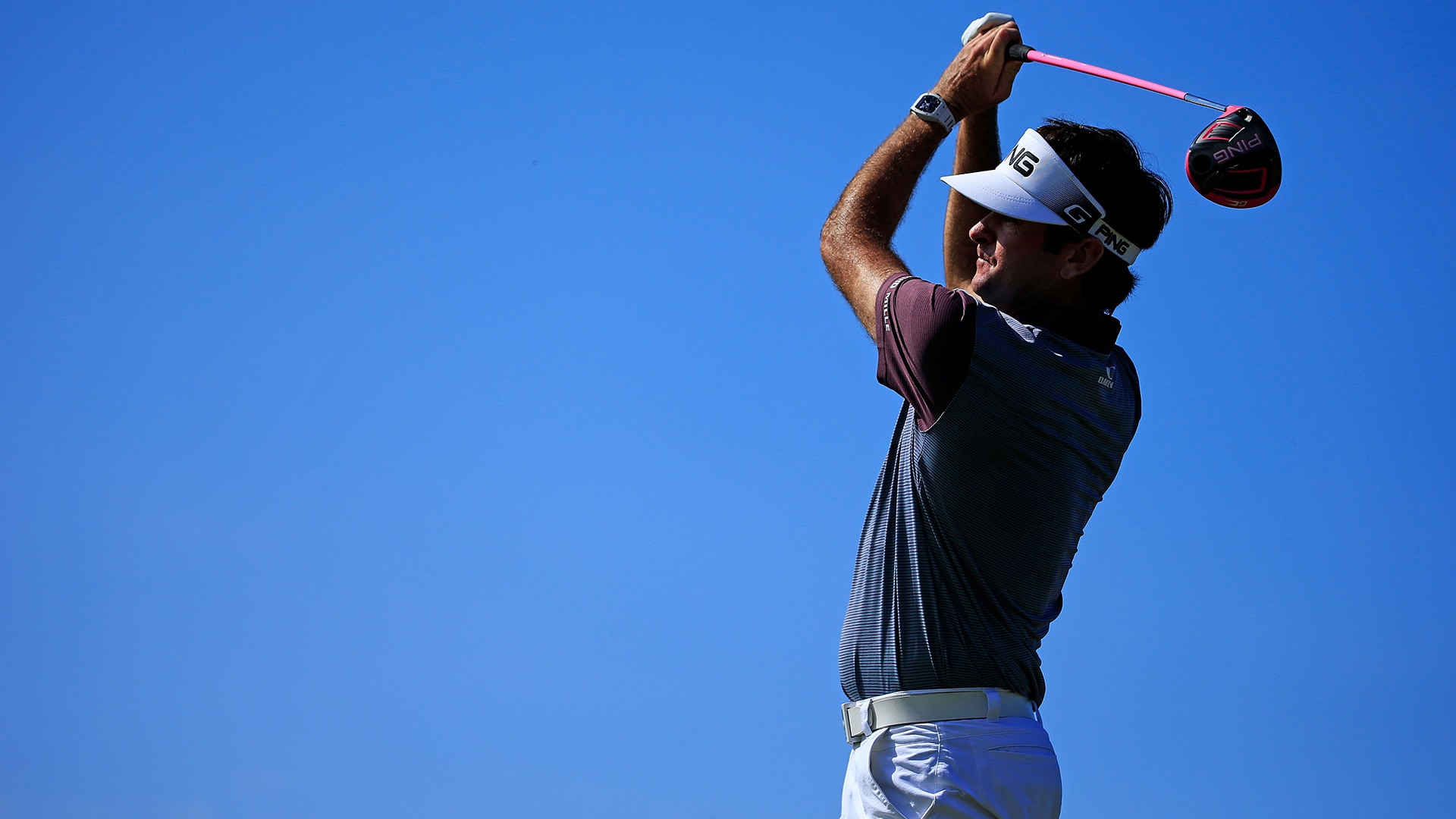 This week the 2016 fantasy golf season heads to Arizona, as 132 players tee it up at the Waste Management Phoenix Open. Each week, a panel of experts will offer up their picks from four groups of players, based on Golf Channel's fantasy game, Fantasy Challenge. We will also keep track of their scores and standings. The panel includes: senior writers Rex Hoggard and Randall Mell; editorial director Jay Coffin; associate editor Will Gray; 'Morning Drive' host Gary Williams; host Charlie Rymer and defending fantasy champion Ryan Lavner.

Group 1: Bubba Watson: Has only played twice since his win at Tiger's event in December, but he's easy money in Phoenix: three top-five finishes in the last four years, including back-to-back runner-up showings.

Group 2: Ryan Palmer: Has top-fived twice in the past three years (including a tie for second last year) and comes into Phoenix with three consecutive top-20s.

Group 3: Webb Simpson: Steady start to the year with back-to-back top-20s. Top-10s in each of the past three years here make him an easy pick.

Group 1: Brooks Koepka: The defending champion hasn't been slowed by his move to a new equipment company this year, as evidenced by hsi tie for third to start the calendar at the Hyundai Tournament of Champions.

Group 3: Charles Howell III: The veteran has a decent, not great, record at TPC Scottsdale, but more importantly he's been a fantasy ATM this year with three finishes inside the top 16.

Group 4: Scott Brown: He tumbled from a tie for first thorugh three rounds to T-49 in brutal conditions at Torrey Pines, but after the birth of his second child last month Brown won't be discouraged by a wind-whipped final round.

Group 1: Bubba Watson: Hard to bench the hottest golfer on Tour in Snedeker, but I'll take my chances with the long-hitting southpaw who has finished second here each of the last two years and also tied for fifth in 2012.

Group 2: Kevin Na: A T-3 result in Palm Springs continued his strong start to the season, as he now has four top-3 finishes in his first six starts. He's remarkably solid, and his record at TPC Scottsdale is also strong.

Group 4: Martin Laird: The Scottsdale resident is a fixture on the back of the range at this week's venue and last year he shared the lead with Koepka until a 71st-hole bogey.

Group 1: Hideki Matsuyama: Been knocking on the door in Phoenix the last two years, with T-2 and T-4 in his last two starts. He’s  making first start of 2015-16 season, could set up a breakout year.

Group 2: Kevin Na: Coming off a T-3 at CareerBuilders, Na is coming to a course where he has a history of contending, just not recent history. He has four finishes of fifth or better in Phoenix.

Group 4: Steve Stricker: Winter rust ought to be off by now with Stricker making his third start of the year. He’ll turn 49 later this month, but this 12-time PGA Tour winner is working hard on his game again.