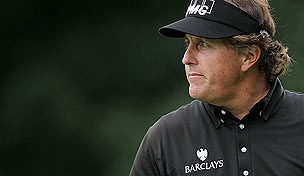 This is a double week for our fantasy players! GolfChannel.com experts offer up their fantasy choices below for the Farmers Insurance Open, and their choices for the Abu Dhabi HSBC Championship can be viewed here. Each week a panel of experts will offer up their picks from four groups of players based on Golf Channel's new fantasy game, GC Fantasy Challenge. We will also keep track of their scores and standings. The panel consists of: senior writers Rex Hoggard, Randall Mell and Jason Sobel; contributors John Hawkins and Win McMurry; editorial director Jay Coffin; RotoWorld.com's Rob Bolton; 'Morning Drive' hosts Gary Williams and Erik Kuselias; and Golf Talk Central contributor Ryan Ballengee.

Group 1: Nick Watney: Finished in the top 10 in four of his last five starts at Torrey Pines, including 2009's victory, and of Butch Harmon's deep stable of players he may be due for the best season.

Group 2: Brandt Snedeker: So much for a slow return from the DL. Snedeker tied for eighth in his first event since hip surgery last fall and has been close at Torrey Pines before (T-2 in 2010).

Group 4: Harris English:  The rookie is 2-for-2 in cuts made this season and continues to have the look of a breakout star.

Group 1: Phil Mickelson: Despite a T-49 last week, when you have a 3-time Farmers champion who has 39 wins on Tour and was runner-up last year, you can't bet against him. I certainly won't this week.

Group 3: D.A. Points: Playing very well in 2012 with a pair of top-12 finishes and coming to a place where he has a pair of top-10 finishes in the last two years. Following his 5th place finish in 2011, he went on to win at Pebble Beach.

Group 4: Bud Cauley: With all he has done in the last year, Cauley seems like the can't miss kid of the 2012 Tour. Seeking to turn his 2012 start from good to great with a high finish at Torrey Pines.

Group 2: Brandt Snedeker: Someone who likes Torrey Pines, as evidenced by some strong finishes in recent years. When he is playing well, Snedeker can be a consistent contender and he is playing well right now.

Group 4: Bud Cauley: Off to a good start in 2012 with a T-29 at the Sony Open and a T-30 in the Humana Challenge. While the start has been good, he knows and I know that he is capable and ready to do more.

Group 1: Nick Watney: The obvious choice at Torrey Pines, where he has three straight top-10s including a win in 2009 and a T-6 finish last year, closing in style with a 63.

Group 2: Brandt Snedeker: Another American coming off his best year as a pro. His runner-up, T-3 and T-9 finishes in five career trips to Torrey Pines make him impossible to overlook.

Group 3: D.A. Points: Points is a player with great value down the board. He's got a pair of top-10s in his last two Farmers events and is coming off a pair of solid finishes in Hawaii.

Group 4: Bud Cauley: How can you not love this guy? Swagger, youth and major game. He comes into Torrey with some confidence and momentum after a T-30 last week.

Group 1: Nick Watney: Watney won here in 2009 and has finished inside of the top 10 here in four of his last five starts.

Group 2: Brandt Snedeker: Off to a good start this year, he has three top-10 finishes at Torrey in his last four starts.

Group 3: D.A. Points: Hitting greens is crucial to success at Torrey and Points ranks T-5 in GIR so far this season.

Group 4: Bud Cauley: The guy is on fire. What a steal to have him in Group 4.

Group 1: Nick Watney: Picked him in Week 1 and it didn't work out. Sticking with him.

Group 2: Brandt Snedeker: Like what I saw last week in the desert.

Group 4: Bud Cauley: Will pick this guy in Group 4 every time.

Group 1: Nick Watney: Won at Torrey Pines in 2009, one of four top-10 finishes in his seven starts there.

Group 2: Ben Crane: The guy's rolling with a couple top 10s already this season. Plus, he's a former winner at Torrey Pines (2010).

Group 4: Troy Matteson: After back-to-back MCs to start the season, it's time for Mr. Matteson to pick it up. Top 10 at Torrey Pines last year provides good vibes.

Group 1: Nick Watney: Four top-10s in his last five appearances here, including a victory in 2009.

Group 2: Brandt Snedeker: Shed the doubt over his hip surgery with a top-10 finish at the Humana. Three top-10s in his last five starts at Torrey Pines.

Group 4: Bobby Gates: Shared eighth at the Humana with a pair of bogey-free rounds. Superb fit for Torrey Pines.