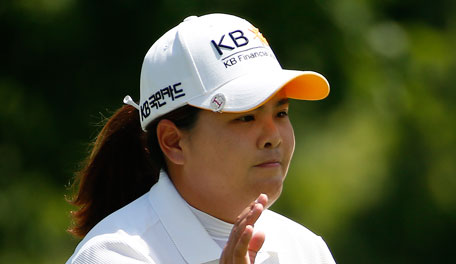 This week the LPGA Tour heads to Scotland for the Ricoh Women's British Open. Each week, a panel of experts will offer up their picks from four groups of players, based on Golf Channel's fantasy game, Fantasy Challenge. We will also keep track of their scores and standings. The panel includes: senior writers Rex Hoggard and Randall Mell; editorial director Jay Coffin; associate editor Will Gray; 'Morning Drive' host Gary Williams; host Charlie Rymer and defending fantasy champion Ryan Lavner.

Group 1: Stacy Lewis: The American has been on the cusp of a win all year and her record in this event is stellar, with four straight top-12 finishes highlighted by a win in 2013 at St. Andrews.

Group 2: So Yeon Ryu: Closed with rounds of 65-66 over the weekend in Michigan and has three straight top-20 finishes in this event.

Group 3: Brooke Henderson: Seemingly closing in on LPGA membership, the Canadian has finished T-5 at each of the last two major championships.

Group 4: Jaye Marie Green: Green appears to have found her stride in recent weeks, with back-to-back top-20 finishes, and has the game to go low.

Group 1: Inbee Park: The world No. 1 has not been as consistent this season but she is still the player to beat at the biggest events.

Group 2: Lexi Thompson: Fresh off last week’s victory, the bomber will have a distinct advantage if the weather continues to be difficult at Turnberry.

Group 3: Brooke Henderson: She has missed just two cuts in 14 events this year and has finished inside the top 10 in her last three starts.

Group 4: Rebecca Artis: The Australian was solid last week in difficult conditions to win the Ladies Scottish Open, charging from six shots back to beat Suzann Pettersen and Lydia Ko.