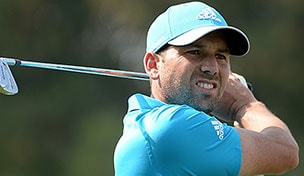 This week marks the 16th (and 17th) events of the 2013-14 PGA Tour season as many of the game's best tee it up at a renovated Trump Doral (our Expert Picks for the Puerto Rico Open can be viewed here). Each week, a panel of experts will offer up their picks from four groups of players, based on Golf Channel's fantasy game, Fantasy Challenge. We will also keep track of their scores and standings. The panel includes: senior writers Rex Hoggard, Randall Mell and Jason Sobel; contributors John Hawkins and John Antonini; editorial director Jay Coffin; 'Morning Drive' host Gary Williams; staff writer Ryan Lavner and defending fantasy champion Charlie Rymer.

Group 1: Rory McIlroy: Sunday's swoon at the Honda Classic aside, the Ulsterman is nothing if not resilient and hasn't finished outside the top 17 this year.

Group 2: Sergio Garcia: No one in the game is hitting the ball as well as the Spaniard right now, and if he can make anything on the greens he could lap the field on his way to his first WGC title.

Group 4: Billy Horschel: His swing coach Todd Anderson told your scribe a few weeks ago that Horschel is as confident as he's ever been, which for Horschel is saying something. Rymer.

Group 1: Rory McIlroy: Maybe Boy Wonder will be called Captain Comeback if he can bounce back from the Honda Classic playoff loss.

Group 2: Sergio Garcia: Always thought this course suited his game; now that it's changed, maybe it finally will.

Group 3: Keegan Bradley: Large comfort level here, as he used to practice at this course with former instructor Jim McLean.

Group 1: Rory McIlroy: He's made enough progress in the last two weeks to deserve another chance. So throw away the final-round 74 at PGA National and focus on his first-round 63. If he does that again this week on the revamped Blue Monster course, watch out.

Group 2: Webb Simpson: He rarely three-putts, which should be a factor on the larger and trickier green complexes at Doral. Plus, he's a major champion and 11 of this event's 14 winners had already won a major at the time of their WGC-Cadillac victory.

Group 3: Keegan Bradley: Past history at Doral might not mean as much as it did in previous years, but Bradley was T-8 in 2012 and seventh in 2013. The course won't be familiar, but the feeling of success will linger.

Group 4: Chris Kirk: Getting off to a strong start has been critical at this event, as only one past champion shot as high as even par in Round 1. Kirk is tied with Simpson for the best first-round scoring average on the PGA Tour this season.