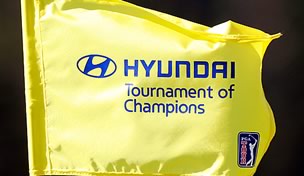 Believe it or not, the 2012 fantasy golf season is officially upon us. Before the first tee shot is struck at this week’s Hyundai Tournament of Champions, though, Golf Channel sought to provide you with some inside numbers as you get ready to set your first lineup of the year in Fantasy Challenge. Here’s a look to see which players may help get your fantasy season started on the right foot:

Drive For Show. At 7,411 yards with more than its fair share of elevation changes, the Plantation Course offers players achance to get a workout with their driver. Bubba Watson and Gary Woodland are the more notorious long-hitters in the field, but Scott Piercy, Jhonattan Vegas and Scott Stallings are all names you will find in Group 4 who ranked in the top 11 in driving distance on the PGA Tour in 2011. On the other hand, David Toms and Kevin Na may be hitting first into the green more often, as they both averaged less than 280 yards per drive last season. With wide, firm fairways throughout the course, though, the price paid for a poor drive will be less than players might incur in future events.

Island Adjustment. With the exception of Daniel Chopra in 2008, most of the recent champions had already played in the Hyundai event prior to their win. With nearly half the field (13 of 28) making their debut in this event this week, an edge should go to the players with more experience playing events on the Hawaiian Islands – either the Hyundai or Sony Open. K.J. Choi, Rory Sabbatini and David Toms all boast multiple high finishes at both events and stand poised to add to those results this week. Among the Kapalua rookies, Chris Kirk and Keegan Bradley both list the 2011 Sony Open as their only past tournament experience in Hawaii.

Bombs Away. The Plantation Course will offer some of the larger greens players will see on Tour this year; as a result, more of a premium will be placed on putting well from distance.  Johnson Wagner finished second overall in 2011 in putts made per event over 20 feet (2.2 per tournament) and Webb Simpson and Lucas Glover also finished in the top 10 in the category. Similarly, Bryce Molderand defending champion Jonathan Byrd were among the best on Tour at avoiding the dreaded three-putt in 2011.

Birdie Barrage. Typically, this event is a test of how low you can go – as evidenced by an average winning score of 20 under over the past five years. This week should be no exception, as three of the top five in 2011 birdie average are in the field. Steve Stricker, Webb Simpson and Nick Watney all averaged more than four birdies per round in ’11 to rank at (or near) the top of the category and will have a great opportunity to start their 2012 season in similar fashion.

Make The Short Ones. On a course with large greens and long approach shots, the ability to routinely make a knee-knocker putt will be important. In fact, the last four champions here combined to miss only two putts inside of 5 feet, with Geoff Ogilvy going 54-for-54 inside of 5 feet in 2009, following that by going 56-for-56 from the same distance in 2010. When looking for a player who makes the short putts consistently, look no further than the man that made the most lucrative short putt of the year – FedEx Cup champion Bill Haas, who ranked atop the 2011 Tour standings in putting from inside 5 feet.

Sleeper Alert. With such a small field, any player can win this week – even someone you might find in Group 3 or 4. One player to keep an eye on this week is Rory Sabbatini from Group 3. Twice a runner-up at Kapalua, Sabbatini has also finished second twice at the Sony Open and clearly feels comfortable playing golf in Hawaii.  This will be his sixth appearance overall in the Tournament of Champions and he is more than familiar with the style and setup of the Plantation Course. In fact, according to his Facebook page, Sabbatini has been in Hawaii preparing for the tournament since mid-December. Wide fairways should mean that his subpar driving accuracy stats from 2011 will have less of an impact and his birdie stats indicate that he should be able to keep pace with the leaders. The last time he was in this event, he carded a final-round 63 en route to a runner-up finish in 2010.  This week, Sabbatini represents a Group 3 player who could very well threaten for the title on Monday.