Group A: Jason Day: The defending champion hits it plenty long enough and since this is likely his last event as a Dallas-area resident he’s looking to go out in style.

Group B: Brian Davis: Cruised to medalist honors at Monday’s British Open qualifier (6-under 64) and finished runner-up at the 2009 Byron Nelson.

Group C: Chris Stroud: Texas native plays his best golf in the heat and his T-12 at The Players Championship is a sign that summer may have come early this year.

Group C: Roland Thatcher: Looking for that T-7 finish at TPC Four Seasons in '08 to spark a run.

Group A: Jason Day: Hate picking defending champs. It’s like cheating on a pop quiz. But I really, really need to pass this class.

Group C: Brett Wetterich: Five years removed from playing in The Ryder Cup, he already has a Nationwide Tour win this season.

Group A: Dustin Johnson: I'm sure Matt Kuchar is gonna win this week because I'm leaving him and picking Johnson.

Group B: Sergio Garcia: Garcia has been showing signs that he's ready and this may just be his week.

Group C: Steven Bowditch: Bowditch keeps popping up on the radar and maybe he brings it in for a safe landing near DFW.

Group A: Ben Crane – Good golf all year, time for a win.

Group B: Justin Leonard – Should have won here by now, good ballpark for him.

Group C: Brett Wetterich – Past champ, why not? Not a strong group of Cs.

Group A: Nick Watney: He hasn't had great results in the four times he has played here. Still, Watney is playing too well now not to contend.

Group B: Jason Dufner: I'm going with a trend here of picking people who have played poorly at this event. Dufner has two MCs in two starts.

Group C: Keegan Bradley: This guy has never played this event but he's five spots ahead of Tiger Woods on the money list so he can't be that bad of a pick can he?

Group A: Dustin Johnson: He has the most wins of any American under 30 with four, and armed with a new caddie, he is in position to win for a fifth time.

Group C: Chez Reavie: Playing on Major Medical Exemption in 2011 and recorded a season-best tie for fifth last week at Colonial to earn $235,600.

Group A: Dustin Johnson: This is DJ’s first event with Joe LaCava as his permanent caddie and although he has struggled lately, he has a good history at this event.

Group B: Bo Van Pelt: He finished third last week at Colonial, which is his best finish in 2011 and goes nicely with his tie for eighth in the 2011 Masters.

Group C: Steven Bowditch: He was tied for second after 36 holes last week at Colonial before finishing T-16 and is making his first appearance in this event.

Group A: Jason Day: Staying on the Day train this week. The defending champ has had a strong season and I don’t see him giving up his first Tour title easily.

Group B: D.A. Points: He is coming off two MCs, but I think that works to his advantage. After winning his season at Pebble, Points is ready to get back in contention.

Group C: Cameron Beckman: After a consistent start to 2011 he’s missed five cuts in a row. He will not make it six, especially at a course where he was T-5 last year.

Group A: Dustin Johnson: He has shown flashes of coming back to 2010 form. He has consecutive top-7 finishes in this event, so he must like this course.

Group B: John Senden: He just posted his first top-10 of the year at Colonial and has been consistent all season. The Aussie's best finish here is seventh two years ago.

Group C: Steven Bowditch: The guy is getting married here not too long from now, so maybe he can play some inspired golf and get a discount on the ceremony.

Group A: Dustin Johnson: In a bit of a rut in the U.S. since Doral, but owns a pair of top-10s in his last two starts here and matches up with the course profile brilliantly.

Group B: Brian Gay: Co-runner-up here last year and currently leads the PGA Tour in Fairways Hit and scrambling. Has cashed in nine straight starts, too. 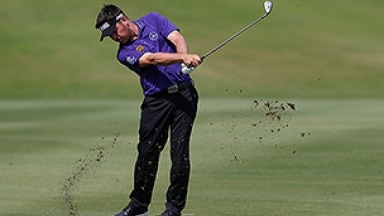 Here's what You Oughta Know heading into the final round in Dallas, where Louis Oosthuizen and Brendon Todd share the lead. 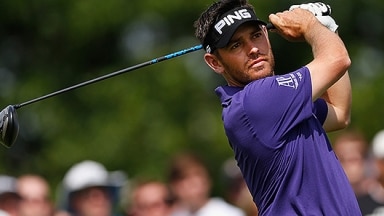 Yes, that's Oosthuizen's first name, not Larry. Maybe more people will remember it after he grabbed a share of the Nelson lead. 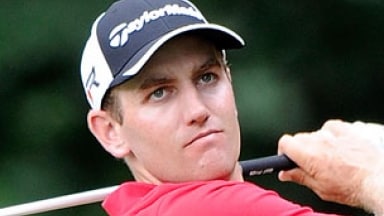 Todd cards 64 to break away from Nelson logjam

Brendon Todd broke out of a logjam late Friday afternoon in Dallas and will take a two-shot lead into the weekend at the HP Byron Nelson Championship.