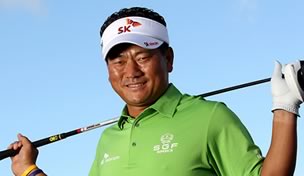 GolfChannel.com experts offer up their fantasy choices for the Hyundai Tournament of Champions. Each week a panel of experts will offer up their picks from four groups of players based on Golf Channel's new fantasy game, Fantasy Challenge. We will also keep track of their scores and standings. The panel consists of: senior writers Rex Hoggard and Jason Sobel; contributors John Hawkins and Win McMurry; editorial director Jay Coffin; 'Morning Drive' hosts Gary Williams and Erik Kuselias; and Golf Talk Central contributor Ryan Ballengee.

Group 2: Aaron Baddeley: The only constant at Kapalua, other than the Kona winds, is that Australians are a safe bet.

Group 4: Michael Bradley: Taking the “other” Bradley, not Keegan, based on Michael’s island history – two wins in Puerto Rico.

Group 1: Bubba Watson: Prepped for the season-opener by shooting 58 at his home course.  That’ll do.

Group 3: Rory Sabbatini: Two years ago, finished one shot out of a playoff at Kapalua.

Group 4: Brendan Steele: Many in the field may treat this week like an extended vacation; Steele won’t.

Group 2: David Toms: A great putter with a good history at Kapalua.

Group 4: Bryce Molder: Going for an under-the-radar guy in Group 4.

Group 1: Nick Watney: Last year was a breakout year for the Californian, but this year will be better.

Group 2: Bill Haas: Hey, what can I say? I’m a sucker for a guy with a similar hairline.

Group 3: Ben Crane: Typically plays well early in the year and this year should be no different.

Group 4: Brendan Steele: First name to jump out at me from the group.

Group 2: Keegan Bradley: Should have a great week as a strong start will help put “sophomore slump” questions to bed.

Group 3: Gary Woodland: Top 30 finishes in all four majors in 2011 showed he can contend with the world’s best.

Group 4: Jhonattan Vegas: Played his best golf early in 2011 with a T3 at Torrey Pines to go with his Humana Challenge win.

Group 2: Martin Laird: Finished T4 here in his only prior start and will be motivated to start strong in a Ryder Cup year.

Group 3: Gary Woodland: Talent off the tee combined with Kapalua’s length should allow him to contend.

Group 4: Brendan Steele: Riding some good momentum into this week after a strong close to 2011.

Group 1: Steve Stricker: Knows how to shake off the early season rust as seen with 3 top-10s in the past four years here.

Group 2: David Toms: With huge greens, proximity will be key at Kapalua; Toms ranked sixth in GIR in 2011.

Group 3: Rory Sabbatini: The “other” Rory may get the hype, but the South African has two runner-up finishes in Maui.

Group 4: Brendan Steele: Almost took Vegas here, but chose Steele based on his strong finish to 2011.

Group 2: David Toms: Hits a lot of greens and, last year, put it closer than all but four guys on Tour.

Group 4: Scott Stallings: The Greenbrier winner can blast it off the tee.