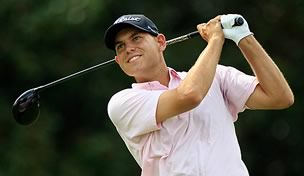 The PGA Tour hits the mainland for the first time in 2012, arriving in the California desert for the rejuvenated Humana Challenge. The 90-hole format is extinct and the pro-am format modified, bringing in an improved field.

While we humbly submit our power rankings for this week, we always want to hear from you. Share your picks with me on Twitter @RyanBallengeeGC and be sure to use the hashtag #GCFantasy. Also be sure to join the Golf Channel Fantasy Challenge to test yourself against our panel of experts, including defending champion Win McMurry.

3. Phil Mickelson: Making his first start at the old Hope since 2007, Mickelson won twice and finished no worse than T-12 in five of his last six starts here.

4. Brian Gay: He was fifth here last year and started his year with a T-6 last week at Waialae. In a tournament that requires a hot putter, Gay's enviable short game should be very useful.

5. Charles Howell III: A winner here needs to hit a lot of greens to create chances in this birdie sprint. CH3 did that last week in his T-2 at Sony, finishing T-8 in greens in regulation and in strokes gained putting.

6. Kevin Na: With that back-nine 29 at Kapalua, Na has shown he can go low. He may have figured out the tournament in the last two years, finishing in the top-10 both times.

7. Kyle Stanley: This event could be right up his alley. He is long and was T-11 last year in birdie average, leaving him poised to go low in an event where it is a must.

8. D.J. Trahan: The guy who earned his Tour card on the number at Disney, Trahan had a three-year stretch here, from 2008-10, which included a win and two top-15 finishes.

9. Brendon de Jonge: Among the early leaders in birdie average, he had his best Humana finish in '11. He's been a quick starter in past seasons.

10. Ryan Moore: This is a hit-or-miss pick. In his last four completed starts, he was either cut or finished in the top 10.