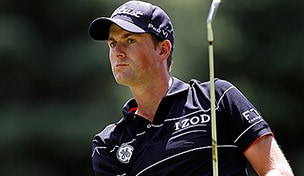 Getty Images
SCOTTSDALE, AZ - FEBRUARY 28: Camilo Villegas of Columbia plays his second shot on the 14th hole during the final round of the Waste Management Phoenix Open at TPC Scottsdale on February 28, 2010 in Scottsdale, Arizona. (Photo by Chris McGrath/Getty Images)  -

With the season's final major in the rear-view mirror, the Wyndham Championship represents the final event of the 2013 regular season. Players will tackle Sedgefield Country Club this week with an eye on securing a PGA Tour card for next year, improving position for the upcoming Playoffs, or both.

Sergio Garcia returns to defend the title that he won by two shots over Tim Clark. Here are 10 players to watch this week in Greensboro:

1. Webb Simpson: He set the pace with an opening 64 at Firestone, then fired the same score Friday at Oak Hill. Simpson returns this week to the site of his first PGA Tour win in 2011, fresh off back-to-back top-25 finishes at a pair of high profile events. He's been inside the top 25 each of the last three years at Sedgefield, a trend that should continue this week.

2. Brandt Snedeker: A winner two weeks ago in Canada, Snedeker boasts top-10 finishes at this event in both 2009 and 2010. With eight top-10 finishes in 18 starts this year, it's likely the FedEx Cup champ will bounce back this week from a mediocre showing at Oak Hill. Currently ranks seventh on Tour in birdie average and 10th in strokes gained putting.

3. Zach Johnson: Perhaps the hottest golfer in the field, Johnson is coming off a fourth straight top-10 finish, a streak that dates back to his playoff loss at the John Deere Classic. The former Masters champ hasn't played here since 2008 but is looking for another strong finish to bolster his chances of making the Presidents Cup squad in October.

4. Bill Haas: The former Wake Forest standout will have the crowds behind him in Greensboro, and his tie for seventh last year was his second top-10 result in the last four years at Sedgefield. A winner last month at Congressional, Haas has four top-25 finishes in his last five starts overall and ranks 12th on Tour in GIR percentage.

5. Sergio Garcia: The defending champ has been quiet since his high-profile tie for eighth at TPC Sawgrass, but has nonetheless continued a solid 2013 season where he has made the cut in every start on American soil. Garcia leads the Tour in strokes gained putting, which may speak more to the metric than the man, but certainly has the tee-to-green game to go low at Sedgefield.

6. Hideki Matsuyama: The rising Japanese star scored yet another high finish last week, a tie for 19th at Oak Hill that marked his fifth straight top-25 finish dating back to the U.S. Open. Now 29th in the latest world rankings, Matsuyama appears in prime position for another top finish on U.S. soil as he prepares for the Presidents Cup in October.

7. Tim Clark: A runner-up here last year, Clark tends to thrive on courses like Sedgefield that demand tee-to-green accuracy. The South African is currently second on Tour in driving accuracy and boasts a tie for sixth at this event in 2008 in addition to last year's second-place finish behind Garcia.

8. Charles Howell III: In 12 competitive rounds at Sedgefield, Howell has broken 70 a total of 10 times, leading to a T-13 finish in 2009 and a tie for fourth in 2011. Though he missed the cut last week at Oak Hill, Howell has nine top-25 finishes in 22 starts this year and is currently 19th on Tour in the all-around ranking.

9. Chez Reavie: Reavie has quietly made nine consecutive cuts, a stretch that dates back to May and includes four top-25 results. The veteran notched top-10 finishes at Sedgefield in both 2009 (T-10) and 2011 (T-9), and his solid ball-striking is reflected in the fact that he stands eighth on Tour in driving accuracy and 24th in GIR percentage.

10. Jordan Speith: After a disappointing missed cut in Rochester, Spieth is likely to right the ship this week in Greensboro, just five weeks removed from his maiden PGA Tour win. The 20-year-old has six top-10 finishes in just 18 starts this year and currently ranks 12th on Tour in total driving, 23rd in scoring average and fifth in the all-around ranking. 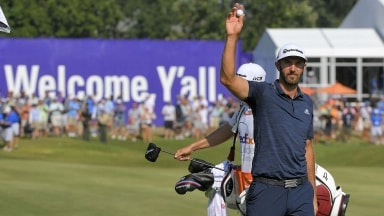 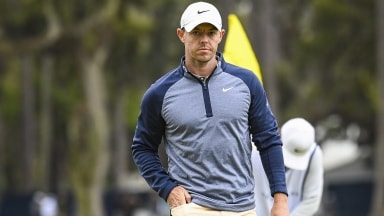 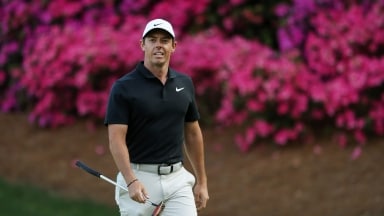