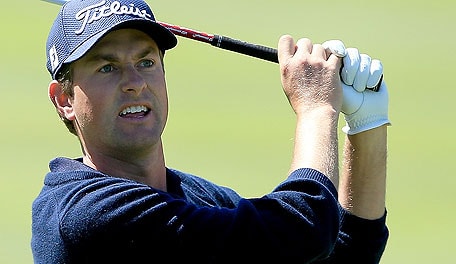 The 34th event of the wraparound season is upon us, as the PGA Tour heads to West Virginia for The Greenbrier Classic. A field of 156 will tackle Old White TPC, which has hosted this event since 2010.

Angel Cabrera won this event a year ago by two shots over George McNeill. Here are 10 players to watch in White Sulphur Springs:

1. Webb Simpson: Hasn't done much since a runner-up at Quail Hollow, but he usually finds a spot on the leaderboard at The Greenbrier. Simpson finished third here a year ago, his third top-10 finish in the last four years. If the putter remotely cooperates, he'll contend again.

2. Bill Haas: Haas has been his usual reliable self this season, with a win in the California desert the highlight of eight top-25 finishes. He finished T-18 at the Memorial earlier this month and has three top-25 finishes at The Greenbrier, including a 2011 playoff loss.

3. Kevin Kisner: It's not if, but when Kisner will earn his breakthrough victory. He finished T-12 at the U.S. Open in his last start, his fifth top-15 finish over a stretch of seven starts that includes a pair of playoff losses. Kisner has never broken par in six rounds at Old White TPC, but that streak should end quickly.

4. Paul Casey: The Englishman narrowly missed out on a win last week in Connecticut, but he has displayed a knack for maintaining momentum over several weeks. Casey ranks sixth on Tour in GIR percentage, 12th in strokes gained tee-to-green and should have plenty of birdie opportunities this week.

5. Bubba Watson: Watson enters off a victory at TPC River Highlands, and now tees it up on a course where he and his family spend plenty of time during the year. The familiarity has helped him to a pair of top-30 finishes over the past two years, including a T-16 finish last year.

6. Keegan Bradley: While he slowed over the weekend in Connecticut, Bradley's game is starting to show signs of progress. He now has four straight top-40 finishes since missing the cut at TPC Sawgrass, and Bradley tied for fourth here a year ago.

7. Tony Finau: The rookie continues to impress, and Finau has now racked up six straight top-25 finishes dating back to the Wells Fargo Championship. He ranks 15th on Tour in birdie average and is making a bid for inclusion in the Rookie of the Year discussion.

8. Graham DeLaet: The Canadian missed out on a win last week, but he continues to round into form. DeLaet now has three straight top-30 finishes, and in each of his three trips to The Greenbrier he has recorded at least one round of 66 or better.

9. Brendon de Jonge: De Jonge went to school at nearby Virginia Tech, and he tends to play well here. The Zimbabwean has three top-20 finishes in five starts, highlighted by a third-place finish in 2010, and he was also T-4 in 2011.

10. Patrick Reed: Reed missed the cut in his Greenbrier debut in 2013, but he bounced back with a T-26 finish last year and should improve on that result this week. Reed has 11 top-25 finishes this season and ranks 12th in birdie average, 14th in total strokes gained and 25th in strokes gained putting.