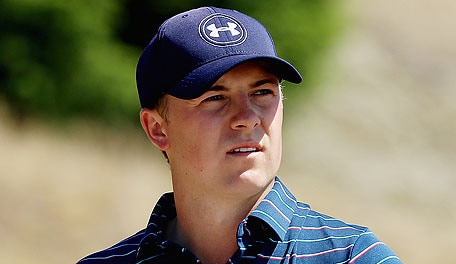 The 35th event of the wraparound season is upon us, as the PGA Tour heads to Illinois for the John Deere Classic. A field of 156 will tackle TPC Deere Run, which has been the site of plenty of final-round heroics in recent years.

Brian Harman won this event a year ago by one shot over Zach Johnson. Here are 10 players to watch in Silvis:

1. Jordan Spieth: No better place to begin this list than with Spieth, who earned his breakthrough win here in 2013 and finished T-7 last year in defense of his title. After a second major win at Chambers Bay in his last start, Spieth has no shortage of confidence and will be the man to watch this week.

2. Zach Johnson: This is always a tournament the Iowa native circles on his schedule. Johnson won here in 2012 and has finished second each of the last two years, with a T-3 finish in 2011 preceding his victory. He enters with plenty of form, with eight top-20 finishes over his last 10 starts including a sixth-place showing at the Travelers Championship.

3. Kevin Kisner: Kisner still hasn't cracked the winner's circle, but he is still having an incredible season. The Greenbrier marked his third playoff loss in the last 12 weeks, and Kisner has now rattled off six top-15 finishes in his last eight starts dating back to the RBC Heritage.

4. Steve Stricker: It wasn't very long ago that this was a spot where fantasy golfers circled Stricker months in advance. He won here three straight times from 2009-11, and hasn't finished worse than T-11 since 2006. While he doesn't have much momentum after a MC at The Greenbrier, Stricker always seems to find his footing at TPC Deere Run.

5. Tony Finau: The long-hitting rookie just continues to impress. Finau finished T-13 at The Greenbrier and has now reeled off seven straight top-25 finishes dating back to the Wells Fargo Championship. Finau has 19 of 28 rounds in the 60s during that stretch, and he ranks 14th in birdie average.

6. Robert Streb: Streb's playoff loss at The Greenbrier was his fourth top-25 finish in his last five starts. Now equipped with all 14 clubs after putting with a wedge during the final round last week, Streb should continue his recent run of form. He ranks 15th in GIR percentage and 19th in total strokes gained.

7. Justin Thomas: Thomas held sole possession of the lead with 10 holes to go at The Greenbrier, and while he collapsed coming home he demonstrated that he has shown that he has the chops to contend on the PGA Tour. The rookie has six top-10 finishes, ranks seventh on Tour in the all-around and 11th in birdie average.

8. Steven Bowditch: The Aussie hasn't slowed since his win in Dallas, and has now put together four top-25 finishes across his last five starts after a T-13 result in West Virginia. Bowditch finished T-12 in Silvis in 2013 and followed with a T-11 finish last year that included an opening-round 64.

10. Chad Campbell: Campbell has shown a bit of mid-season form, with a pair of top-25s followed by a T-37 finish at The Greenbrier, and he has a strong track record at TPC Deere Run. Campbell has cracked the top 15 each of the last two years and has four such results over the past seven years.