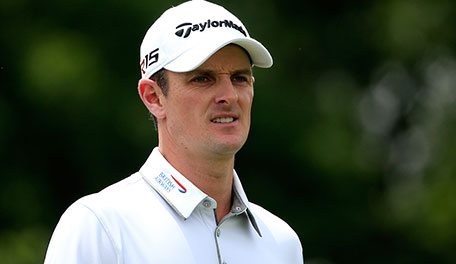 The 39th event of the wraparound season is upon us, as the PGA Tour heads to Virginia for the Quicken Loans National. A field of 120 will tackle the Robert Trent Jones Golf Club, which has hosted four prior Presidents Cup but is hosting this event for the first time.

Justin Rose won this event a year ago at Congressional in a playoff over Shawn Stefani. Here are 10 players to watch in Gainesville:

1. Justin Rose: The defending champ returns with his sights set on a third title on a third different course. Rose also won this event at Aronimink in 2010 and has already compiled a strong season that included a win in New Orleans, runner-up finishes at the Masters and the Memorial and a top-10 finish at the Open Championship.

2. Jimmy Walker: Already with two wins to his credit, Walker has six top-10 finishes in 17 starts this season. A large asset has been his putter, as Walker leads the Tour in strokes gained putting and sits fourth this season in birdie average.

3. Rickie Fowler: Fowler roared to victory earlier this season at TPC Sawgrass, then added an impressive win at the Scottish Open earlier this month. He finished T-30 at St. Andrews despite a Sunday 73 and at OWGR No. 8 he is ranked behind only Rose among the players in this week's field.

4. Justin Thomas: The rookie continues to impress and appears to be inching closer to a breakthrough win. Thomas has six top-10 finishes this season and after a late collapse at The Greenbrier, he bounced back with an impressive T-5 finish the following week at the John Deere Classic.

5. Tony Finau: The long-hitting rookie has found his stride this summer, and now has eight top-25 finishes in his last nine starts dating back to May. Finau averages more than 308 yards per drive and is 11th on Tour in birdie average.

6. Bill Haas: Haas won this event in 2013 at Congressional, and his current campaign includes a win in January to highlight eight top-25 finishes. While Haas has missed each of his last three cuts, his tee-to-green consistency makes him a threat on nearly any venue.

7. Gary Woodland: Woodland is another player who has capitalized on his edge off the tee this season, with seven top-25 finishes in 19 starts. Among those highlights were top-25 results at Trump National Doral, Quail Hollow and TPC Harding Park, all venues that rewarded strong driving as RTJ should this week.

8. Will Wilcox: Wilcox has never won on the PGA Tour and ranks No. 135 in the world, but he improbably tops the Tour's all-around statistic this season. Playing with only conditional status, he has turned 13 starts into seven top-25 finishes including a runner-up at the Barbasol Championship earlier this month.

9. Johnson Wagner: Wagner lost a playoff in Houston earlier this season and the veteran has found a groove this summer, with three straight top-20 finishes. Wagner saw a streak of 14 straight sub-70 rounds end last week in Canada, but with his card secured for next season his confidence continues to build.

10. Stewart Cink: With his playoff fate hanging in the balance, Cink followed a T-20 finish at St. Andrews with a T-5 finish in Canada, his first top-10 of the season. He has cracked the top 25 each of the last three years in this event at Congressional, and now will look to carry those positive thoughts from Maryland to Virginia.