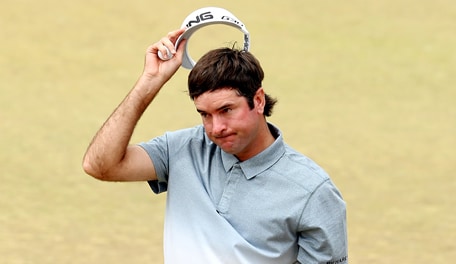 The 33rd event of the wraparound season is upon us, as the PGA Tour heads to Connecticut for the Travelers Championship. A field of 144 will tackle TPC River Highlands, where the course record of 60 was set by Patrick Cantlay in 2010 as an amateur.

Kevin Streelman won this event a year ago by one shot over Sergio Garcia and K.J. Choi. Here are 10 players to watch outside Hartford:

1. Bubba Watson: Chambers Bay didn’t agree with Watson, but TPC River Highlands usually does. The southpaw notched his first career win here back in 2010, one of four top-10 finishes he has at this event since 2008. Watson was a runner-up in 2012, probably should have won in 2013 and seems to contend here on an annual basis.

2. Sergio Garcia: Garcia was a runner-up last year in his first trip to Cromwell since 2009, edged out by Streelman’s all-time finish. The Spaniard finished T-18 at Chambers Bay, going 70-68 over the weekend, and was a playoff runner-up at TPC Sawgrass last month.

3. Brandt Snedeker: Snedeker's T-8 finish at the U.S. Open was his third straight top-10 finish dating back to a runner-up result at Colonial. He experienced a bit of a lull after his win at Pebble Beach, but the putter appears to be back on track and he finished T-11 in Cromwell last year.

4. Patrick Reed: While Reed faded on Saturday at Chambers Bay, he still turned in a T-14 finish and his results have shown steady improvement over his last four starts. He ranks 11th on Tour this season in birdie average and 13th in total strokes gained.

5. Keegan Bradley: Bradley has gone nearly three years without a win, but that could change this week on a course where he has finished T-31 or better each of the last three years. He has three straight top-30 finishes overall and six such results in his last eight starts.

6. Billy Horschel: After a frustrating trip to Chambers Bay, Horschel should find the greens at TPC River Highlands more to his liking. Notoriously streaky, Horschel now has five straight top-25 finishes and finished T-24 in 2012 in his most recent trip to Cromwell.

7. Tony Finau: The long-hitting rookie has found his stride, and capped a run of five straight top-20 results with a T-14 finish last week in his first start in a major. TPC River Highlands often favors bombers (see Watson, Bubba) and Finau ranks 15th this season in birdie average.

8. Kevin Streelman: The defending champ missed out on a U.S. Open berth, but he is starting to find his groove after a T-18 finish at the Memorial, highlighted by a Saturday 65. That was Streelman's third top-20 finish in his last six starts and he has a pair of top-10 finishes in Cromwell to go along with last year's comeback win.

9. Russell Knox: The Scot is quietly playing some great golf this season, with five top-25 finishes in his last seven starts including a T-8 result in Memphis two weeks ago. Knox is one of the most consistent ball-strikers on Tour, ranking ninth in GIR percentage and 20th in fairways hit.

10. Kevin Na: Na's T-46 finish at the U.S. Open was the first time he ended up outside the top-25 in a stroke-play event since the Northern Trust Open. He hasn't missed a cut since Pebble Beach and ranks 15th in strokes gained tee-to-green.