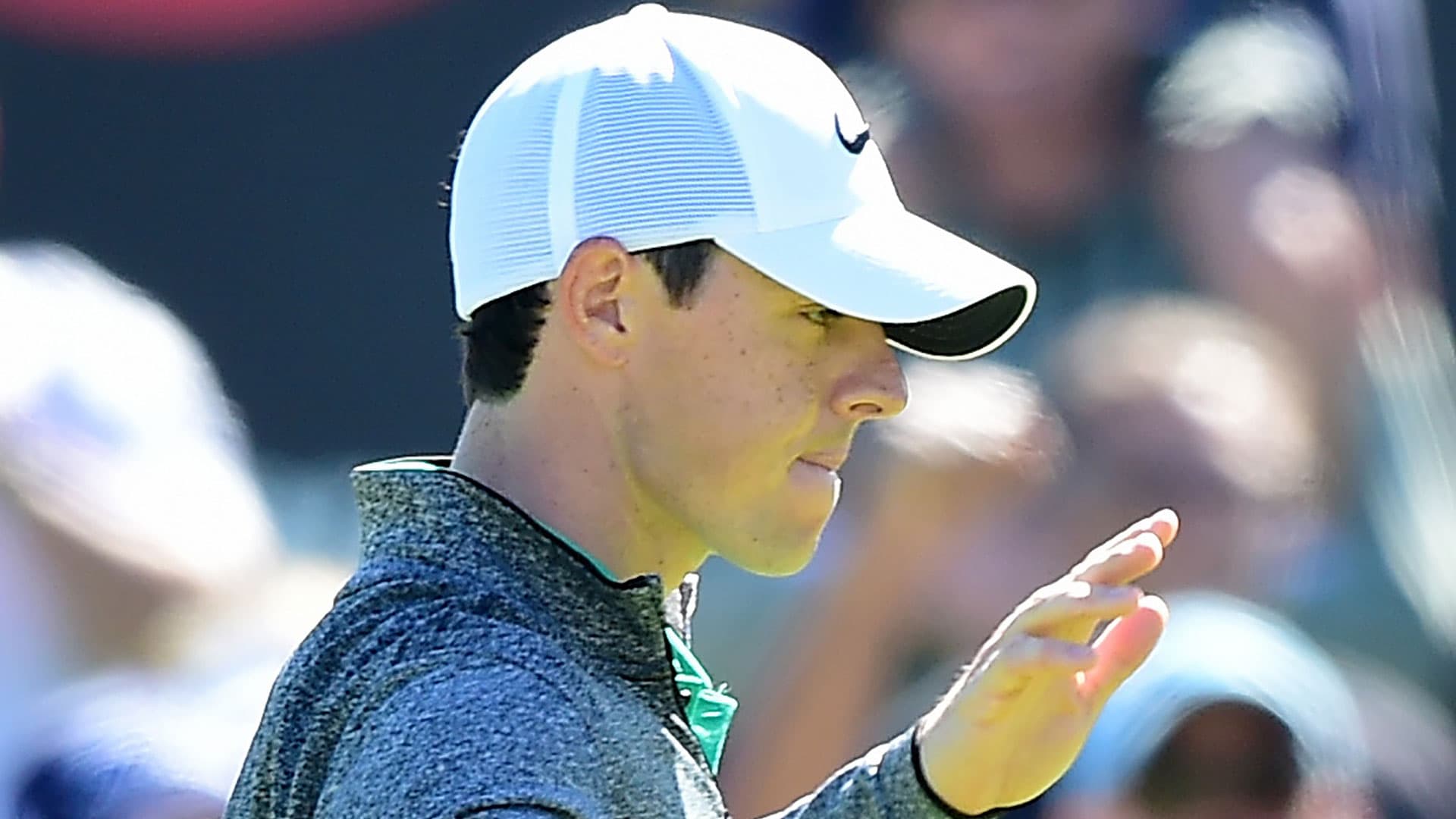 The 2016 fantasy golf season rolls right along, as the PGA Tour heads to Florida this week for the Honda Classic. A field of 144 players will tackle the Champion Course at PGA National, home of the infamous "Bear Trap" finishing stretch.

Padraig Harrington won this event last year in a playoff over Daniel Berger. Here are 10 players to watch in Palm Beach Gardens:

1. Rory McIlroy: According to the recent pattern, McIlroy is due for a big week. The Ulsterman won here in 2012 and lost in a playoff in 2014, but he withdrew abruptly in 2013 and missed the cut last year. After playing his way into contention at Riviera, McIlroy should return to his successful ways at Honda.

2. Rickie Fowler: Fowler is playing for the first time since letting the trophy slip away at TPC Scottsdale. A winner earlier this year in Abu Dhabi, he has four top-5 finishes among his last five worldwide starts and appears comfortable on nearly any sort of venue. His Honda credentials include three top-25 finishes over the last four years.

3. Patrick Reed: Reed has gotten progressively better at PGA National: T-58 in 2013, T-24 in 2014 and T-7 last year. He rallied for a T-6 finish two weeks ago at Pebble Beach and has been a near-constant fixture on leaderboards since his torrid stretch across Asia to close out last year.

4. Phil Mickelson: Mickelson returns to action two weeks after his runner-up performance at Pebble Beach, a result that closed out a strong West Coast Swing for the 45-year-old. Lefty appears to be having fun again, his results have improved dramatically and he finished T-17 at PGA National a year ago.

5. Russell Knox: The Scot makes his home in Jacksonville Beach and is quite familiar with the tests presented by Florida courses. One of the best ball-strikers on Tour, he has kept his ball in play the last two years on the Champion Course en route to a playoff loss (2014) and T-3 finish (2015). His confidence should be even higher this time around after he notched his maiden win earlier this season in China.

6. Adam Scott: The Aussie has shown in recent months that the anchoring ban may not be the death nell it once appeared to be. Scott's runner-up at Riviera was his third such result in his last seven starts, and while he remains somewhat balky on the greens he rolled in plenty of mid-range putts Sunday and finished T-12 at this event two years ago.

7. Hideki Matsuyama: The Japanese phenom had no letdown following his dramatic win in Phoenix, as Matsuyama finished T-11 last week in Los Angeles. While his lone trip to PGA National ended with a withdrawal in 2014, Matsuyama is clearly playing well right now and his tee-to-green game should fit nicely with the Champion Course.

8. Branden Grace: Grace doesn't make many starts in the U.S., but he showed last year at Chambers Bay that he can tame a difficult layout. The South African successfully defended his title last month in Qatar, and his recent form actually includes six straight finishes of T-8 or better dating back to November.

9. Graeme McDowell: McDowell's accurate game is a strong match for the exacting Champion Course, and his track record includes three straight top-10 finishes from 2011-2013. While he missed the cut last year, the Ulsterman has been recharged by a strong fall campaign that included a win in Mexico and T-3 finish at Sea Island.

10. Luke Donald: The Englishman hasn't been on too many leaderboards in recent weeks, but that trend usually changes with this event. Donald has cracked the top 10 in each of his last four trips to Palm Beach Gardens, dating back to a runner-up in 2008 and including last year's T-7 finish.