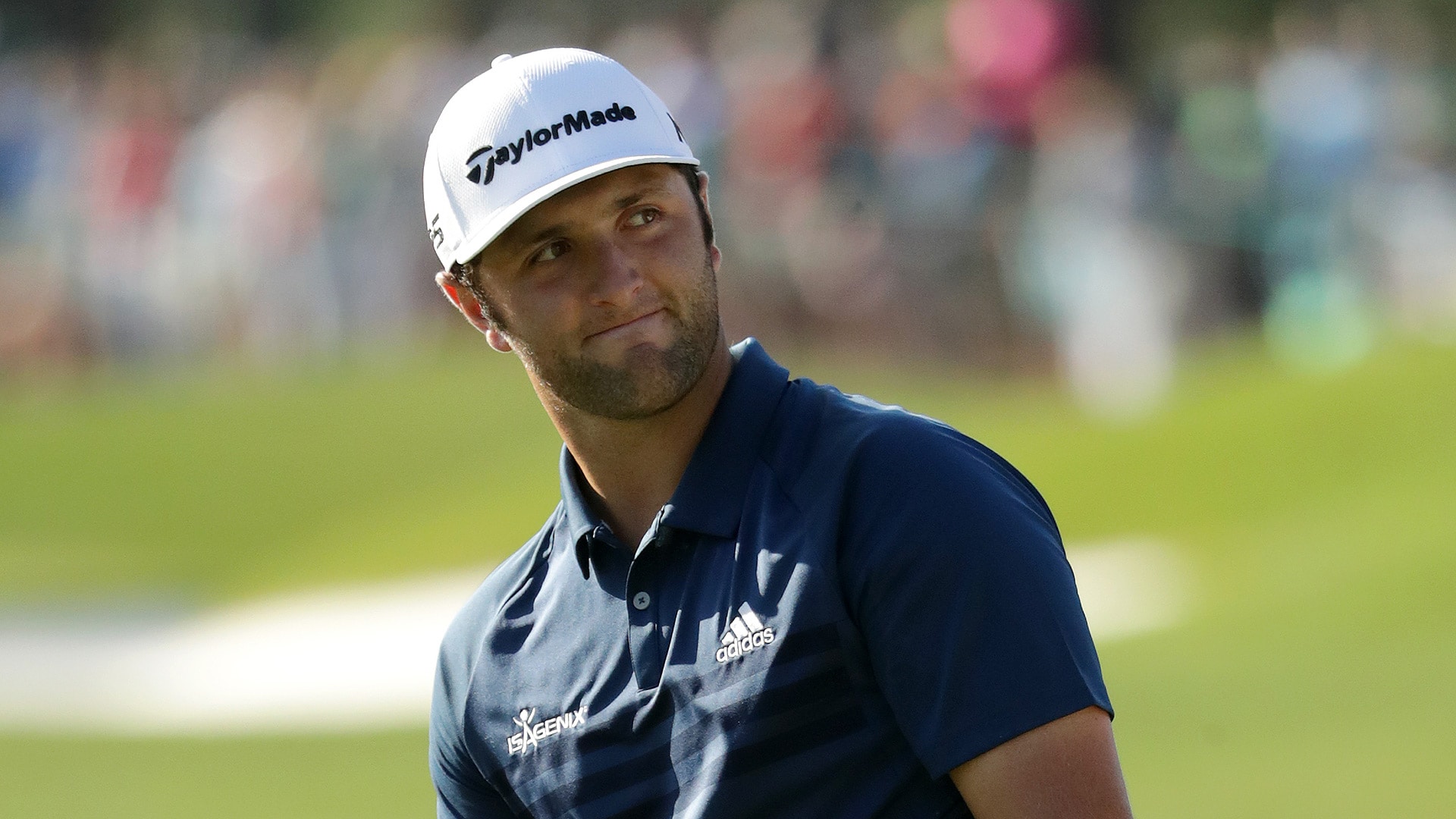 The 2017 fantasy golf season heads south this week, as the focus of the golf world shifts to the Sunshine State for The Players Championship. A field of 146 players will tackle the newly-renovated Stadium Course at TPC Sawgrass, which has hosted this event since 1982.

1. Jon Rahm: It's no longer hype. Despite seeing most of these courses for the first time, Rahm continues to excel in his first full year on Tour including last week's fourth-place showing where he played the final hole with a chance to win. The Spaniard now has a win and five top-10 finishes over his last eight starts and will likely bag another trophy (or two) before the summer ends.

2. Dustin Johnson: The only thing keeping the world No. 1 from the top spot is his pedestrian record on the Stadium Course. Johnson hasn't finished better than T-28 in eight prior trips, but he now returns to Ponte Vedra with more momentum than ever before. A T-2 finish at Eagle Point last week showed that any lingering questions of rust following his back injury can now be dismissed.

3. Sergio Garcia: The Spaniard hasn't played since his Masters breakthrough, but he makes his return at one of his favorite haunts. Garcia won here in 2008 and nearly added trophies in both 2013 and 2015, with a T-5 finish wedged in between. Garcia leads the Tour in strokes gained off-the-tee and his command and control with his irons should be on full display this week.

4. Rory McIlroy: McIlroy is making some firsts this week: first start as a married man, and first start with new TaylorMade clubs and ball. The latter aspects may require some adjustment, but McIlroy has thrived at TPC Sawgrass in recent years with four straight finishes of T-12 or better. He finished T-7 in his last start at the Masters and has been outside the top 10 just once since winning the Tour Championship in September.

5. Jordan Spieth: Spieth continues to fly somewhat under the radar despite seven top-12 finishes in 10 starts this season, including a win at Pebble Beach. He currently ranks second on Tour in GIR percentage and, while he missed the cut here each of the last two years, he finished an impressive T-4 in his 2014 debut during which he played the first 54 holes without a bogey.

6. Rickie Fowler: Fowler has been absolutely feast-or-famine at this event, with a win (2015), runner-up (2012) and five other occasions where he failed to tee it up in the final round. But there's reason to think this could be another boom for the American, who has finished T-16 or better in each of his last six individual events.

7. Hideki Matsuyama: The Japanese phenom has largely cooled since his torrid fall and win at TPC Scottsdale, but his tee-to-green prowess still makes him a name to consider on the Stadium Course. Matsuyama has finished T-23 or better in each of his first three Players appearances, getting progressively better each year including a T-7 finish in 2016.

8. Jason Day: The Aussie dominated this event last year, going wire-to-wire to bolster his grip on the top spot in the world rankings. But he's not the same player that he was a year ago, admittedly battling confidence issues and with only one top-10 finish since August. His Sawgrass record is a Fowler-like mix, with three top-20 finishes and three missed cuts.

9. Francesco Molinari: The Italian has three top-10 finishes at this event since 2010, including last year's T-7 performance, and he has been rock-solid in 2017. Molinari held the early lead last week at Eagle Point en route to a T-24 finish, his fifth top-25 in his last seven starts. He currently ranks second on Tour in fairways hit and third in strokes gained strokes gained on approach shots.

10. Adam Scott: It's hard to believe that 13 years have passed since Scott's dramatic triumph on the Stadium Course, but he returns once again in solid form. Scott has three top-15 finishes over his last six starts and ranks inside the top 20 on Tour in driving distance, birdies and scoring average. He has finished T-38 or better each of the last five years here, with three top-20s in that span.