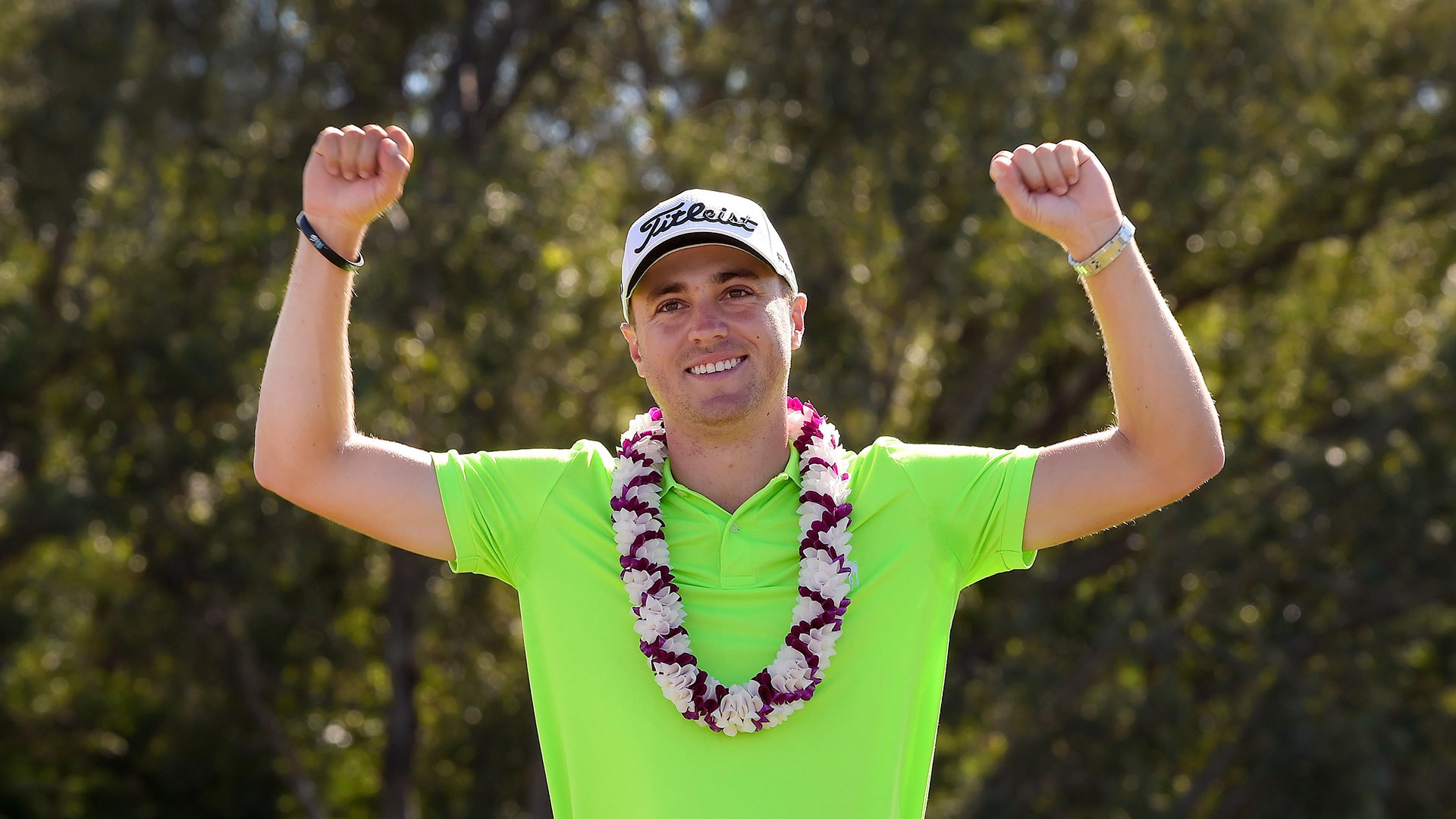 The PGA Tour continues its two-week stint in the Aloha State with the Sony Open in Hawaii. A field of 144 players will tackle Waialae Country Club in the first full-field event since the RSM Classic in November.

Justin Thomas won this event last year by seven shots over Justin Rose. Here are 10 names to watch in Honolulu:

1. Justin Thomas: A mediocre effort in Maui is no reason to downgrade the defending champ. Thomas will need to make some adjustments with Jim "Bones" Mackay stepping in for longtime caddie Jimmy Johnson, but Thomas returns to a course where he shot 59 last year en route to an easy win and he also tied for sixth in 2015.

2. Jordan Spieth: The other half of this week's headliners, Spieth returns to Honolulu after a third-place showing a year ago. The reigning Open champ tied for ninth last week at Kapalua and should thrive this week on a tight venue that rewards shot-making and accurate irons.

3. Brian Harman: Third last week in the winners-only event, Harman comes in at No. 3 on this list thanks to a quietly consistent run at Waialae. The southpaw boasts three straight top-20 finishes in Honolulu, including T-13 results in both 2015 and 2016. Harman boasts four straight top-10 finishes dating back to the fall.

4. Marc Leishman: The Aussie was an early leader last week in Maui and also closed in style en route to a T-7 finish that would have been much better were it not for a sideways third round. Leishman won twice last year and his Waialae record includes a pair of top-10s among five top-20 finishes since 2009.

5. Kevin Kisner: Kisner may still be licking his wounds after Georgia's last-second loss in football, but he'll likely bounce back this week on a course where he finished fifth in 2016 and fourth last year. Kisner is coming off a career year that included a win and a Presidents Cup appearance and he opened the new wraparound season with a T-4 at Sea Island in November.

6. Zach Johnson: Johnson hasn't made much noise in recent months, but he tends to play some of his best golf amid the cozy confines of Waialae. The two-time major champ has top-10 finishes in three of the last four years, including a T-6 finish a year ago, and won this event back in 2009.

7. Charles Howell III: Few, if any, can match Howell's run of success at this event over the last decade. While he has yet to inscribe his name on the trophy, Howell has seven top-10 finishes since 2009 including a T-8 result last year. The veteran got off to a strong start in the fall as well, with three top-20s highlighted by a T-4 finish in Mexico.

8. Gary Woodland: Woodland and Waialae might not seem like an ideal fit given his advantage off the tee and the layout's demand for accurate approaches, but it's been smooth sailing for the veteran recently on the island. Woodland has finished T-13 or better each of the last three years and closed out 2017 with three top-20s among seven straight made cuts.

9. Daniel Berger: Berger tied for 11th last week in Maui for his fourth top-25 finish in his last five overall starts. While he hasn't contended either of the last two years in Honolulu, Berger has made the cut in all three of his appearances and finished T-13 in 2015 in his tournament debut.

10. Jimmy Walker: Walker struggled in 2017 while battling both a diagnosis of, and treatment for, Lyme disease. But a return to Oahu could provide a bit of revitalization given that Walker went back-to-back at this event in 2014 and 2015. Throw in a fourth-place showing in 2011 and last year's T-13 result and there's reason to expect a strong start to the new year.