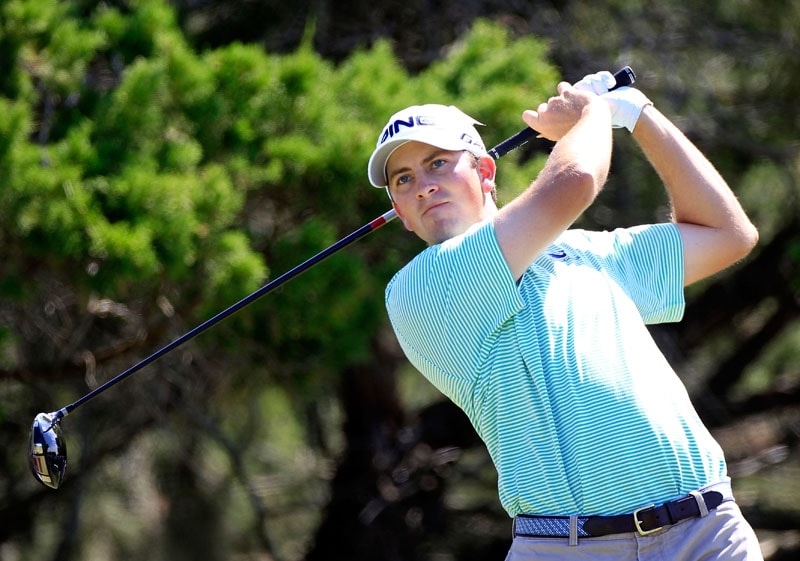 Getty Images
SEA ISLAND, GA - OCTOBER 15: Michael Thompson plays a shot on the 2nd hole during the third round of the McGladrey Classic at Sea Island's Seaside Course on October 15, 2011 in Sea Island, Georgia. (Photo by Sam Greenwood/Getty Images)  -

As comebacks go, the Honda Classic has made a successful one. Thought of for years as the step-child of the Florida swing, the tournament has made a massive strides on the strength of Jack and Barbara Nicklaus’ involvement and the move to the PGA National Resort & Spa’s Champion Course. This year seven of the top nine players and 26 of the top 50 on the World Ranking are scheduled to compete.

They’ll have to contend with the famed Bear Trap – the par-3 15th, par-4 16th, and par-3 17th holes, where water comes into play on every full shot. These holes are not for the faint of heart. They have played over par the last four years and the par-3s were among the PGA Tour’s 50 toughest holes in 2010 and 2011. But how much impact did they have on the top of the leader board? What role did they play in determining the winner of the tournament?

Since 2010 the outcome of the Honda Classic was a direct result of play on the Bear Trap holes in 2010, 2011 and 2012. In those years, the winner played better at the Bear Trap than his nearest competitor. But in 2013 winner Michael Thompson (pictured) played two strokes worse than runner-up Geoff Ogilvy on the holes and still won by two strokes.

When Thompson won a year ago, he led the field in birdie percentage on par-4 holes, shooting under par on 12 of the 48 two-shotters. He followed in the footsteps of 2011 winner Rory Sabbatini and 2010 champ Camilo Villegas, who also dominated the par-4s. Like Thompson, Sabbatini made birdie or better on 25 percent on the par-4s, while Villegas was under par on a whopping 31.25 percent four years ago.

Four players who are in the top-10 on the PGA Tour in par-4 scoring average are in the field at the Honda Classic. Here’s how they have fared in the past at this event.

Although Thompson was the first American winner of the Honda Classic since Mark Wilson in 2007, the Honda has crowned just one European champ (Rory McIlroy in 2012) since moving to PGA National in 2007. However, several golfers from across the Atlantic have played well at the Champion course. In addition to McIlroy in 2012, Justin Rose was third in 2010 and Luke Donald was runner-up in 2008. Like McIlroy and Donald, several Europeans who have struggled recently are playing this week and might be good bets to reverse their fortunes. Rose, however, won’t be one of them as he withdrew because of a recurring injury to his right shoulder. In addition to the players listed below, Padraig Harrington won the 2005 Honda Classic when it was held at the CC of Mirasol (Donald also won at Mirasol in 2006.)

Top Europeans at the 2014 Honda Classic

The three top Americans on the World Ranking are also playing this week, but they haven’t had as much success at the Honda Classic as their European counterparts. Top-ranked Tiger Woods was second in 2012, but was T-37 last year in his second Honda start as a professional. Fifth-ranked Phil Mickelson is making his first Honda appearance since 2002 and No. 7 Zach Johnson is playing for the first time since a T-30 in 2008. The Honda Classic is one of four current PGA Tour events that Woods has played at least three times without winning. It’s worth noting that he has finished second in three of the four.

One final thought: The Honda Classic has followed the WGC-Accenture Match Play on the PGA Tour schedule six times in the last seven years and in four of those years the Honda winner wasn’t in the Match Play. But if you want a player who can piggy-back on his Match Play success – as Accenture runner-up McIlroy did in winning at PGA National in 2012 - look no further than Rickie Fowler. The consolation-match winner at Dove Mountain was T7 and T13 at the Honda Classic the last two years, is 58th on tour in par-4 scoring and was second in the 2010 Memorial Tournament, the other Tour event Nicklaus headlines.