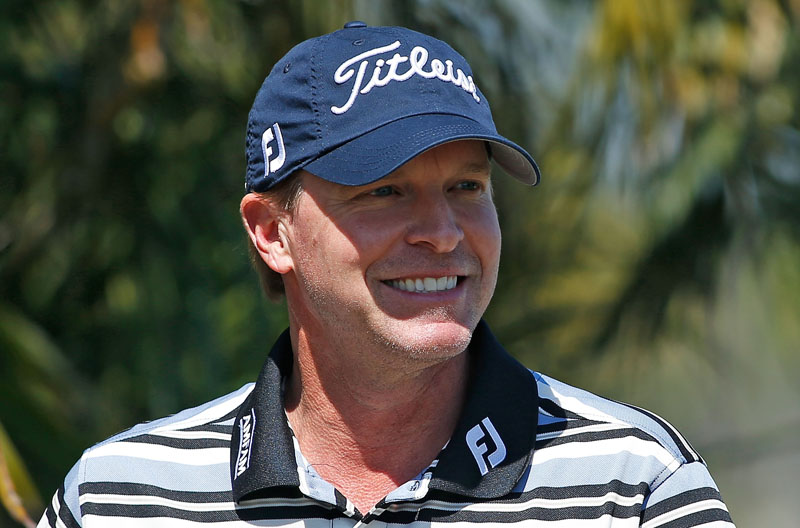 Getty Images
DORAL, FL - MARCH 08: Steve Stricker waits on the practice ground during the second round of the World Golf Championships-Cadillac Championship at the Trump Doral Golf Resort & Spa on March 8, 2013 in Doral, Florida. (Photo by Scott Halleran/Getty Images)  -

The old adage that the golf season doesn’t really begin until the PGA Tour comes to Doral was disproven years ago. With the European Tour building a strong Middle East swing, and the PGA Tour concluding its West Coast swing with the WGC-Accenture Match Play Championship, the world’s top stars have many places to shake out the winter rust before the Tour comes to Florida. This year, with the wraparound season beginning in October, 15 PGA Tour events were in the books before Doral appeared on the schedule. But for some players the venerable adage does hold some truth. Eight qualifiers for the Tour Championship a year ago are currently outside the top 100 on the 2013-14 FedEx Cup standings and the top three players on last year’s list – Henrik Stenson, Tiger Woods and Steve Stricker (pictured) – would not qualify for the playoffs if the season ended today. The Tour still has 26 events to go, so time isn’t quite running short, but this week’s WGC-Cadillac Championship at Doral would be a good place for the players listed below to “start” their seasons.

The good news for Woods and Stricker is that they finished first and second at the WGC-Cadillac Championship a year ago. The bad news is that they are not returning to a course they are familiar with. As part of an overall $250 million renovation of the newly named Trump National Doral, the Blue Monster course underwent a redesign after last year’s championship led by Gil Hanse and Jim Wagner. This was more than a tweak. Hanse and Wagner rebuilt every green, moved every bunker and made extensive alterations to just about every hole. Water now comes into play on 14 holes, up from six a year ago. Speaking on Morning Drive in December, Hanse said the Blue Monster was “basically a brand new golf course.”

Woods set a personal best (after an alignment tip from Stricker) when he needed just 100 putts a year ago. But any notes he has about the putting surfaces are obsolete, as it has been reported that the green complexes are larger and trickier than before with more undulations. There are more opportunities to tuck pin positions, and avoiding three-putts will be a tournament key for the seven players in the field are in to top 20 on Tour in three-putt avoidance.

Tour leaders in three-putt avoidance in the WGC-Cadillac field

Of just as much importance to Simpson and the two Johnson’s is the fact it has been critical at this tournament to get off to a strong start – regardless of where the event is held. The eventual winner has been under par in the first round 13 times and only two champions were in the 70s after the first day. In addition, 12 of the 14 champions were in the top 10 after day one. Ernie Els, 16th after one round in 2004, was the only player outside the top 15 on Thursday to go on to win. Simpson, Zach Johnson and Dustin Johnson are all in the top 10 on the PGA Tour in first-round scoring average in 2013-14.

Unlike the Match Play, the WGC-Cadillac Championship has a history of identifying a world-class winner. The Cadillac champ was also a major champion in all but three years – and two of those three players, Mike Weir and Justin Rose, would eventually win major titles. (The Match Play champion had not won a major 11 times, and only two of those – Darren Clarke in 2000 and Geoff Ogilvy in 2006 – would eventually win one.) In the seven years the Cadillac has been held at Doral, five champions were in the top 20 on the World Ranking and only one runner-up was ranked outside the top 50.

One final note: Hanse gave PGA Tour players the opportunity to comment on the course before the redesign and to visit the course once much of the work was complete. Phil Mickelson was one of the few to take him up on the offer. Mickelson had success at the old Blue Monster, winning the WGC-Cadillac Championship in 2009 and finishing second to Woods in the 2005 Ford Championship.