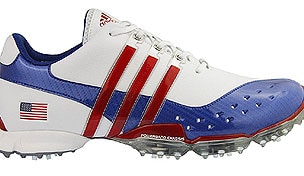 With private jets, multi-million dollar homes, and access to the world’s most elite golf courses, why wouldn’t golf’s biggest stars also have wardrobe consultants available at their disposal?

It’s common practice for some of the game’s best to get a little (and sometimes a lot of) assistance outfitting themselves for the majors when the eyes of golf fans around the globe are fully engaged.

The fashionistas of some of the hottest players in the game have shared a sneak peek with GolfChannel.com into some of the looks you’ll see worn at this year’s national championship outside the nation’s capital.

Jason Day’s look is sporty and basic. He opens and closes his week with shades of orange, but his Saturday look is the standout. The 23-year-old Aussie will be wearing a climacool 3-stripes zip polo. Not many pros choose the zip, but for Day the look suits his style.

Justin Rose’s wardrobe choices are vastly different and have matured over the years. His look is much more fashion forward. He has front-loaded his look with the coolest outfits in place for Rounds 1 and 2. Thursday, his climacool 3-stripes pocket polo in cinder is smoking! I love the accents on this shirt, especially the buttons on the double chest pockets and down the front. Friday’s look is also edgy with the adipure two-tone polo that, to me, resembles a cool graphic tee and coordinating adipure fall herringbone pant.

Moving from Rose’s more mature menswear inspired look, check out how drastically different Sergio Garcia will be dressed. The look is signature Sergio, but you can tell his style has evolved as well. He still will be wearing bold colors, but it’s not as young a look as we’ll see on Day. The Spaniard pops color on top Thursday through Saturday, then on Sunday will wear a bold navy climacool 3-stripes pant paired with a white climacool piped polo that has navy accents. His final-round look is much more classic, but still is tailored to his personality.

Dustin Johnson will also kick off the year’s second major with color, but takes a tonal look, wearing one color head to toe Friday through Sunday. The all white with black accents on day two is sharp and Saturday’s look is “Cali cool” with the Matrix Print Polo.

Sean O’Hair will be dressed in Ashworth at Congressional, debuting pieces from their Fall/Winter 2011 collection. O’Hair’s look is modern yet classic. I like the lavender polo with the checked fabric peaking through beneath the buttons. I’m also a fan of the pocketed white polo on Saturday. His Sunday script is the most mod of the four, and I’m totally feeling the look of the dark gray pants.

Stewart Cink is keeping it fun with brigh, colorful selections on Thursday and Friday. I really like the combo of white and light blue plaid pants with his soar blue sphere dry polo on Day 1. On the weekend he has a similar look with the graphic “strobe” lines appearing on both polos, but notice on Sunday’s his color scheme is an understated red, white and blue.

Travis Mathew put together something special for Bubba Watson. They ran a contest at the start of the year asking fans to submit designs for Bubba’s U.S. Open polo. Watson and Travis Mathew chose the winner, which was a military-inspired design they felt best represented the theme of the U.S. Open.

The contest winner, Clay Duerson, will be flown to Congressional to see his winning design in action on the course. The limited edition polo is available for purchase and $10 from each sale is donated to Birdies for the Brave. Bubba will wear the polo with custom Travis Mathew “Camo Pants” all four days of competition, as he did his all-whites with Masters green during every round at Augusta National.

As for shoes, keep an eye out for these patriotic red, white and blue kicks on the American Adidas team players at Congressional.They were designed to commemorate the U.S. Open. The powerbrand shoe is available for retail in limited quantities.