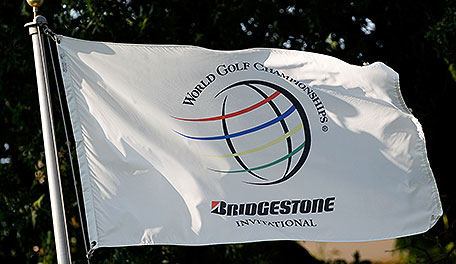 The European Tour announced Tuesday that the 2016 WGC-Bridgestone Invitational will not count toward the season-long Race to Dubai or the Ryder Cup points list because it conflicts with the 100th anniversary of the French Open.

The Bridgestone and French Open will be played the same week (June 27-July 3) next year because of golf’s return to the Olympics.

A few of the top European players said last week that there was a strong possibility they would skip the Bridgestone in favor of supporting one of the European Tour’s most popular events.

On Sunday night, Ian Poulter tweeted, “Gutted today, but really gutted hardly any European players will be able to play next years (sic) @WGC_Bridgestone same date as the French Open.”

Graeme McDowell, who has won the French Open twice in the past three years, said last week that he can “probably see myself being in France.”

“It’s a golf course I prefer,” he said. “It’s a tournament which I want to be loyal to because of how good they’ve been to me and how much success has been there. The Ryder Cup race is going to be heating up. There’s going to be a lot of things going on this time next year.”

The French Open, the oldest national open in continental Europe, will be played at Le Golf National, site of the 2018 Ryder Cup.

Because it is no longer co-sanctioning the event with the PGA Tour, the European Tour will not count the Bridgestone toward its 2016 schedule, nor will the money won count toward the Race to Dubai or Ryder Cup points standings.

A PGA Tour spokesman said that the Tour had “numerous” conversations with the European Tour about the scheduling conflict, but “we were ultimately unable to find a solution that satisfied all parties.”

European Tour members must play 13 tournaments a year. The four majors and four WGC events typically count toward that total, which makes crafting a worldwide schedule a bit easier for a top U.S.-based European player.

Said European Tour CEO Keith Pelley: “The Alstom Open de France has been a staple on our Tour since 1972 and we are confident that next year’s event, with an increased prize fund alongside the current renovations to the golf course, will properly reflect the importance of the tournament alongside the 100th anniversary celebrations.”