2017 Hall ceremony to be during Presidents Cup week 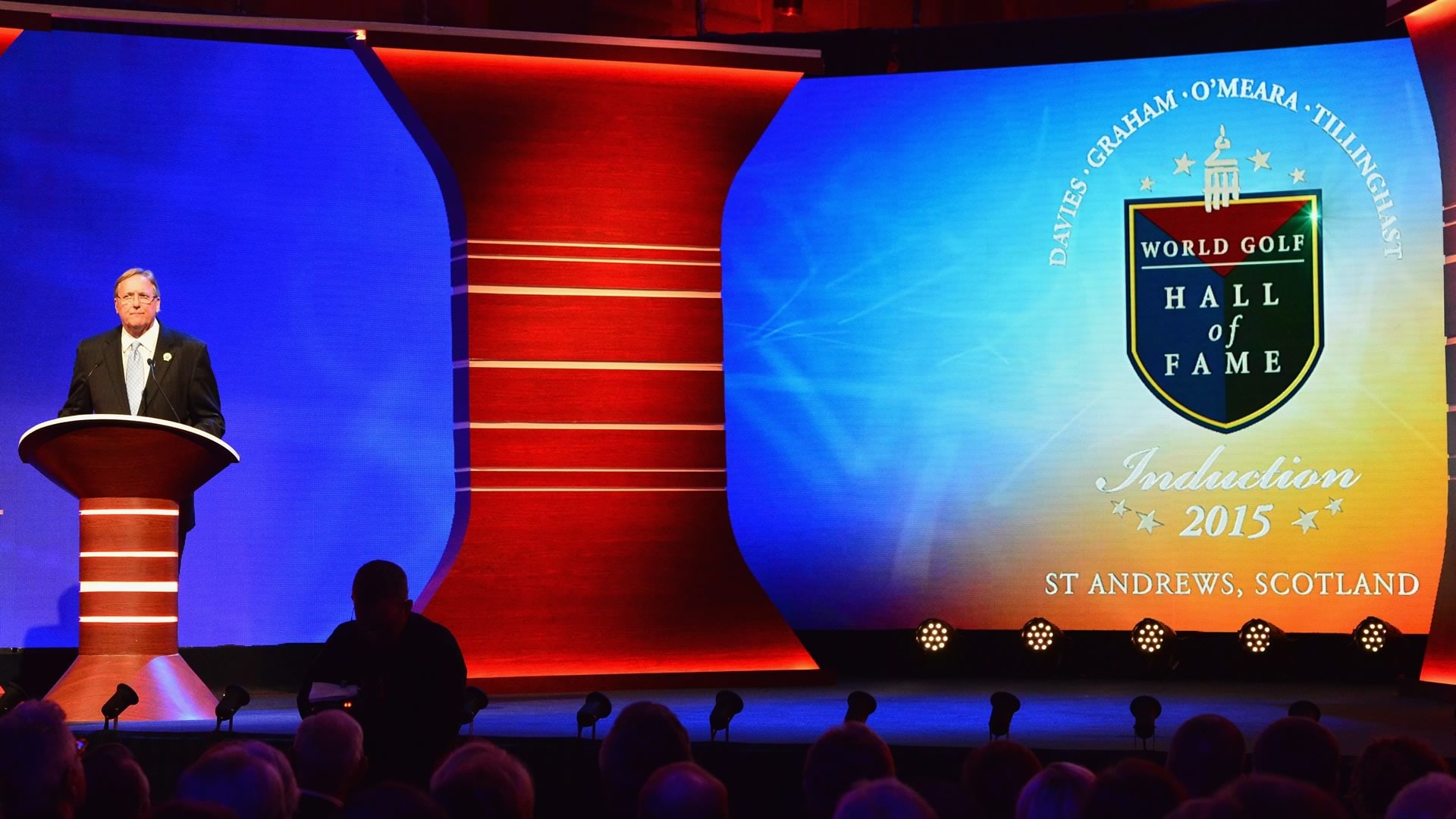 The 2017 World Golf Hall of Fame induction ceremony will be held a few days before the Presidents Cup, in Jersey City, N.J.

Originally scheduled for May 8, the Monday of Players Championship week, the ceremony has instead moved to Sept. 26, two days before the start of the Presidents Cup at Liberty National.

The 2019 ceremony will be held at Pebble Beach, which means the earliest it could return to St. Augustine is 2021. The decision was made in 2013 to not only revamp the voting procedure and location but also to hold the ceremony every two years.

Last year’s ceremony was held at St. Andrews, but it wasn’t without its share of problems: Inductee Laura Davies couldn’t arrive in time for her speech because of travel issues, and several Hall of Famers, including Tiger Woods and Phil Mickelson, did not attend.

“The opportunity for exposure and awareness in the largest media market is in keeping with the Hall of Fame’s strategic objective of elevating the Hall’s global brand awareness and long-term growth,” Jack Peter, president of the World Golf Hall of Fame, said in a statement. “Attaching the biennial ceremony to significant golf events like the Open Championship in 2015 and now the Presidents Cup in 2017 ultimately generates greater awareness for our Museum in St. Augustine.”