After close call at Riv, Scott back in contention at Honda 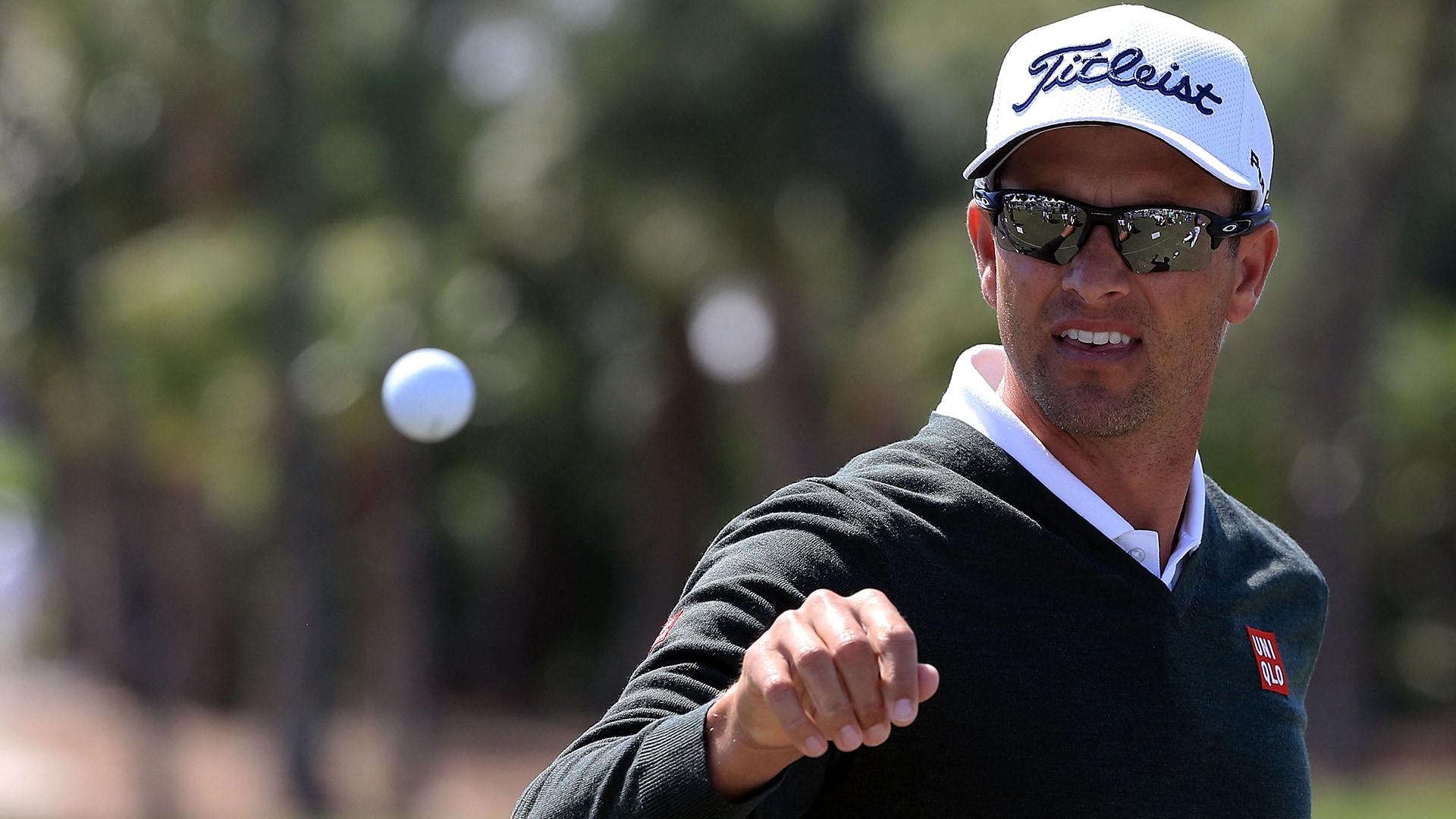 PALM BEACH GARDENS, Fla. – Adam Scott seems determined to put himself right back in the fire come Sunday of another PGA Tour event.

A week after coming up agonizingly short down the stretch at the Northern Trust Open, Scott charged Friday with a bogey-free, 5-under-par 65 at the Honda Classic. He is three back of Rickie Fowler. Scott likes where his game is at in just his third start this season as he seeks to ready his game for the Masters in six weeks.

“It's starting to get really solid, and I've got to just keep doing that and let the confidence build," Scott said. "That's how you get to a major and guarantee you can put yourself in that position Sunday, with a chance. That’s what I did for a few years. I’d like this to be the start of that run. That's what I'm trying to do.”

A lot has been made of Scott’s move to a short putter this year, but he likes the way he’s putting. He has made 35 of 37 putts inside 10 feet this week.

“You don't shoot solid rounds in the 60s like that putting bad,” Scott said. “It's just not possible, no matter how good you hit it.”