Judge rules Singh vs. PGA Tour should go to trial 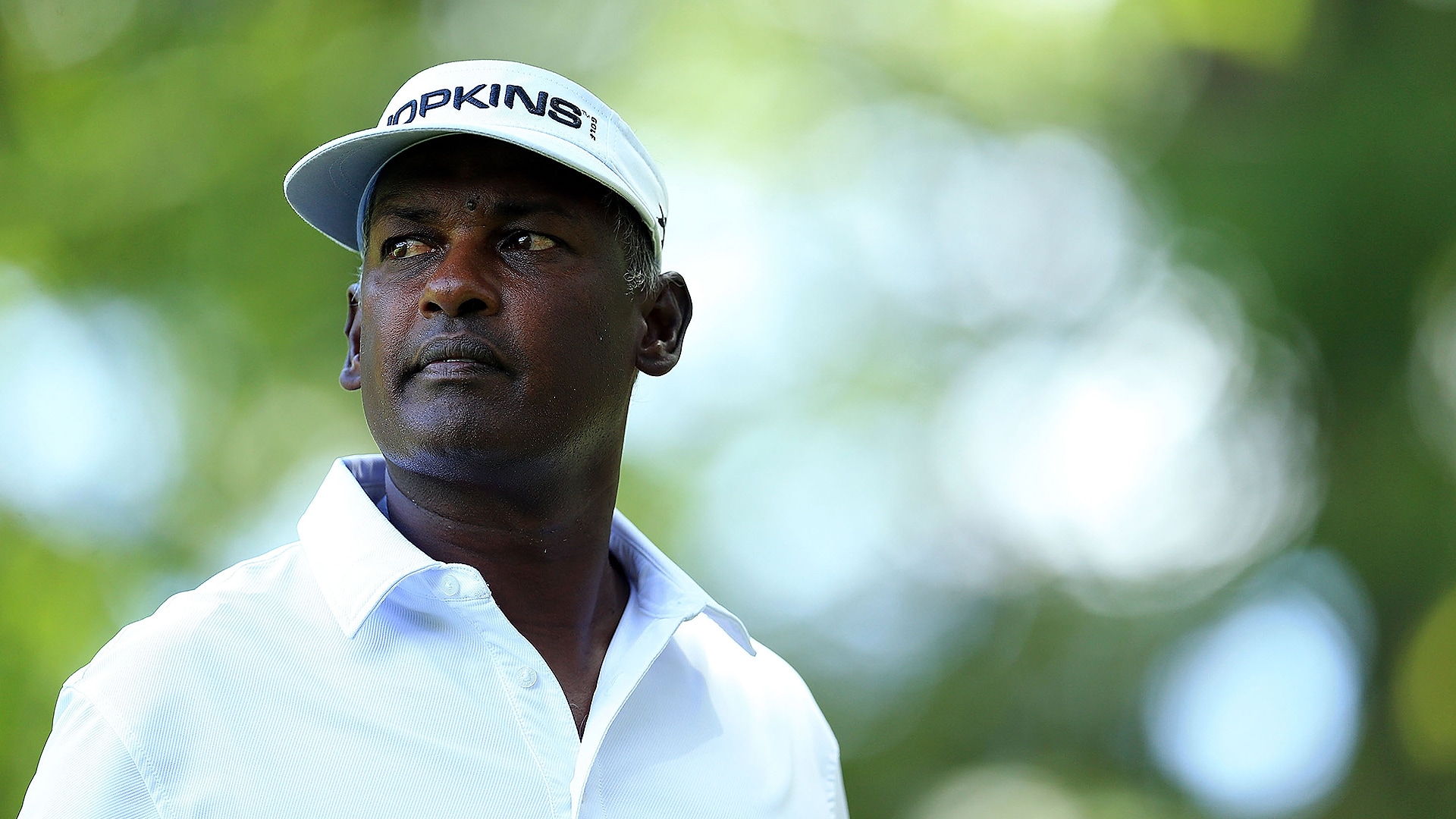 After four years of legal haggling, Vijay Singh may finally get his day in court.

On the same day Singh moved into contention at last week’s Players with a second-round 68, a New York Supreme Court judge ruled that his lawsuit against the PGA Tour should go to trial.

Judge Eileen Bransten ruled on a number of motions stemming from Singh’s lawsuit that was filed in May 2013 and claimed the circuit recklessly administered its anti-doping program.

Bransten partially denied the Tour’s request for summary judgment regarding Singh’s claims the circuit breached its implied covenant by suspending Singh for his use of deer-antler spray before consulting with the World Anti-Doping Agency (WADA).

Singh admitted to using the spray, which contained the banned substance IGF-1, in a Sports Illustrated article and was initially suspended for violating the circuit’s performance-enhancing drug policy. It wasn’t until after his suspension was announced that the Tour consulted with WADA, which had previously ruled the use of deer-antler spray was not a violation if there had been no failed drug test.

“It is up to a jury to determine whether [the Tour’s] decision to not consult WADA and/or ignore WADA studies and findings issued prior to [Singh’s] suspension concerning deer-antler spray constitute an ‘appropriate’ investigation,” Bransten wrote.

Bransten also ruled that Singh’s claim that statements made to the media by then-commissioner Tim Finchem and executive vice president Ty Votaw regarding the case may be found by a jury to have been “not in good faith.”

“We are very pleased. We think this is a great victory for Vijay and all the members of the PGA Tour,” said Singh’s lawyer Jeff Rosenblum. “I think it’s a victory for all pro golfers and future pro golfers that the Tour will be held accountable for its actions when it acts unreasonably and unfairly.”

Singh’s claim that he was treated differently than other players who had also admitted to taking deer-antler spray was dismissed by Bransten who wrote, “The court does not find there to be an issue of fact raised concerning [Singh’s] alleged mistreatment in comparison to Champions Tour players as there has been no evidence presented those players used deer-antler spray while playing in PGA Tour events.”

A Tour spokesperson declined to comment on Bransten’s ruling or any ongoing litigation.

Rosenblum said the next step is a status conference with the court to determine when a trial could begin.