After Further Review: 2016's theme with a side of Beef 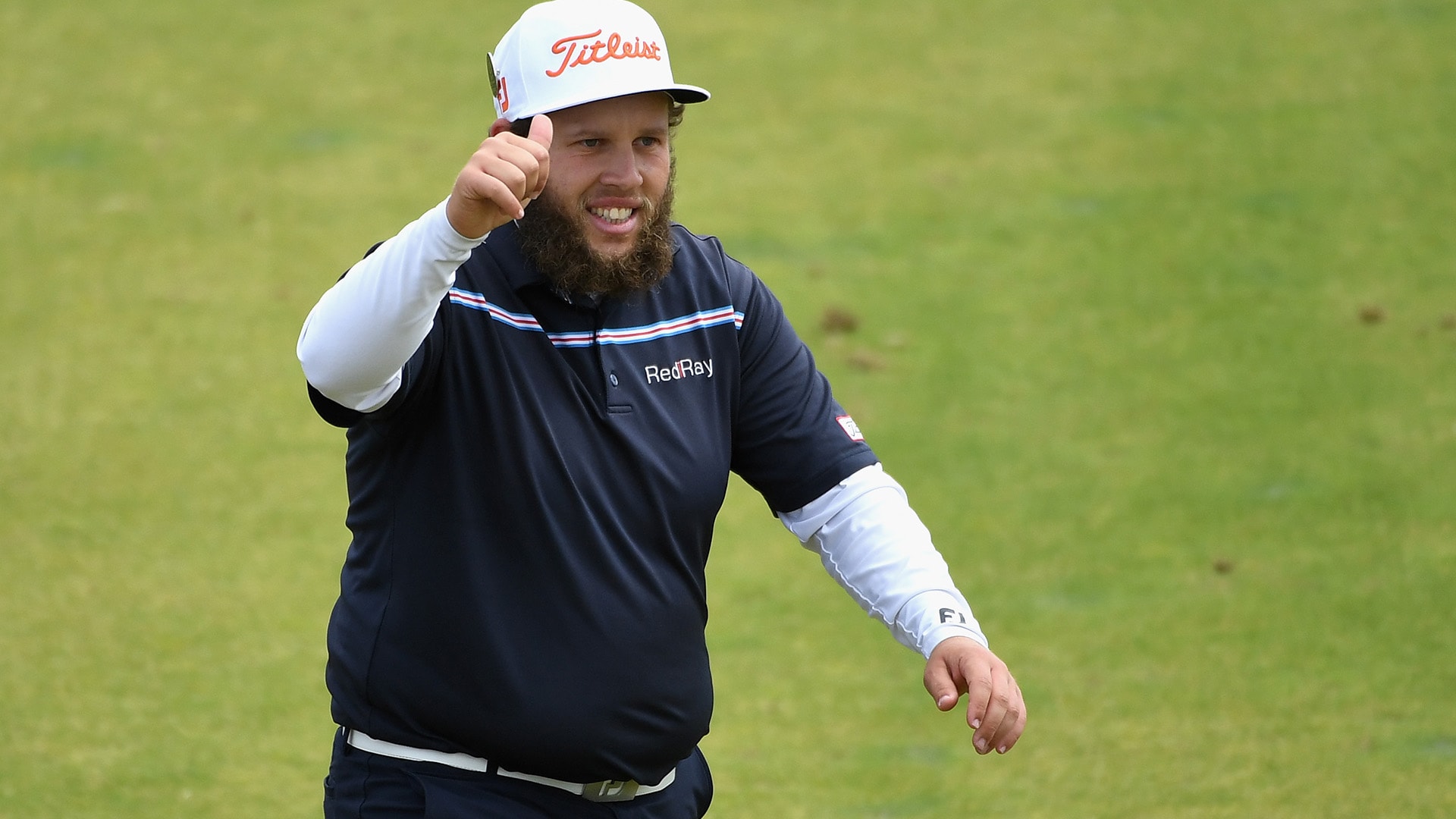 On an improbable contender and the future of Beef:

For a moment in time this week, late-Saturday afternoon, to be specific, The Open was about Beef. It might be that way for Andrew Johnston’s career, more comet than star. Maybe finishing eighth at Royal Troon is the apex of his career, and all the buzz will shift to another emerging character. Or, maybe he’ll stick around for a little while longer. Hopefully, it’s the latter. Johnston is engaging and fans love him. He’s a good bit of levity in a very serious game. And he’s pretty good at the game, too. - Mercer Baggs

On giving hope to those who still haven't won a major:

It took seven months, but 2016 finally has its theme: It’s the year that golf’s nearlymen finally broke through for their first major title. That seemed inevitable for a player like Dustin Johnson, whose power game fits almost any course, anywhere. But the same might not have been true for Henrik Stenson, a preeminent ball-striker who, at 40, has climbed out of the abyss to become a top-five player in the world. If nothing else, the recent successes of DJ and Stenson should offer hope to the majorless, to guys like Sergio Garcia and Lee Westwood and Rickie Fowler. Who’s next to break his major duck? – Ryan Lavner

On something Stenson knew years ago that we didn't:

A few years ago while your scribe was filling space during a "Morning Drive" segment, a group of hosts and analysts debated who would be the first Swede to win a major championship. Carl Pettersson was mentioned, as was Jonas Blixt and, if our memory is correct, even Robert Karlsson. Left out of that debate was Henrik Stenson – who broke through on Sunday at The Open to bring the first major title home to Sweden. Stenson was in-studio that morning, and listening to the debate. As he entered the studio he offered his best Iceman glare and said, “You’ll regret that.”

Stenson proved to be a man of his word. - Rex Hoggard

Phil Mickelson didn’t win but it doesn’t make his performance at Royal Troon any less impressive. He shot a final-round 65 for crying out loud. Look, he’s 46 years old and although he’s in great shape, has been near the top of the sport for 25 years and downplays his age, it’s remarkable that he’s still able to play golf at this high of a level. It just is. He’s only a couple months younger than Jack Nicklaus was when he won the 1986 Masters. I think his chances of winning a U.S. Open are close to over but he can contend at both The Masters and The Open for another 4-5 years. Not sure I thought that was the case four short days ago. - Jay Coffin