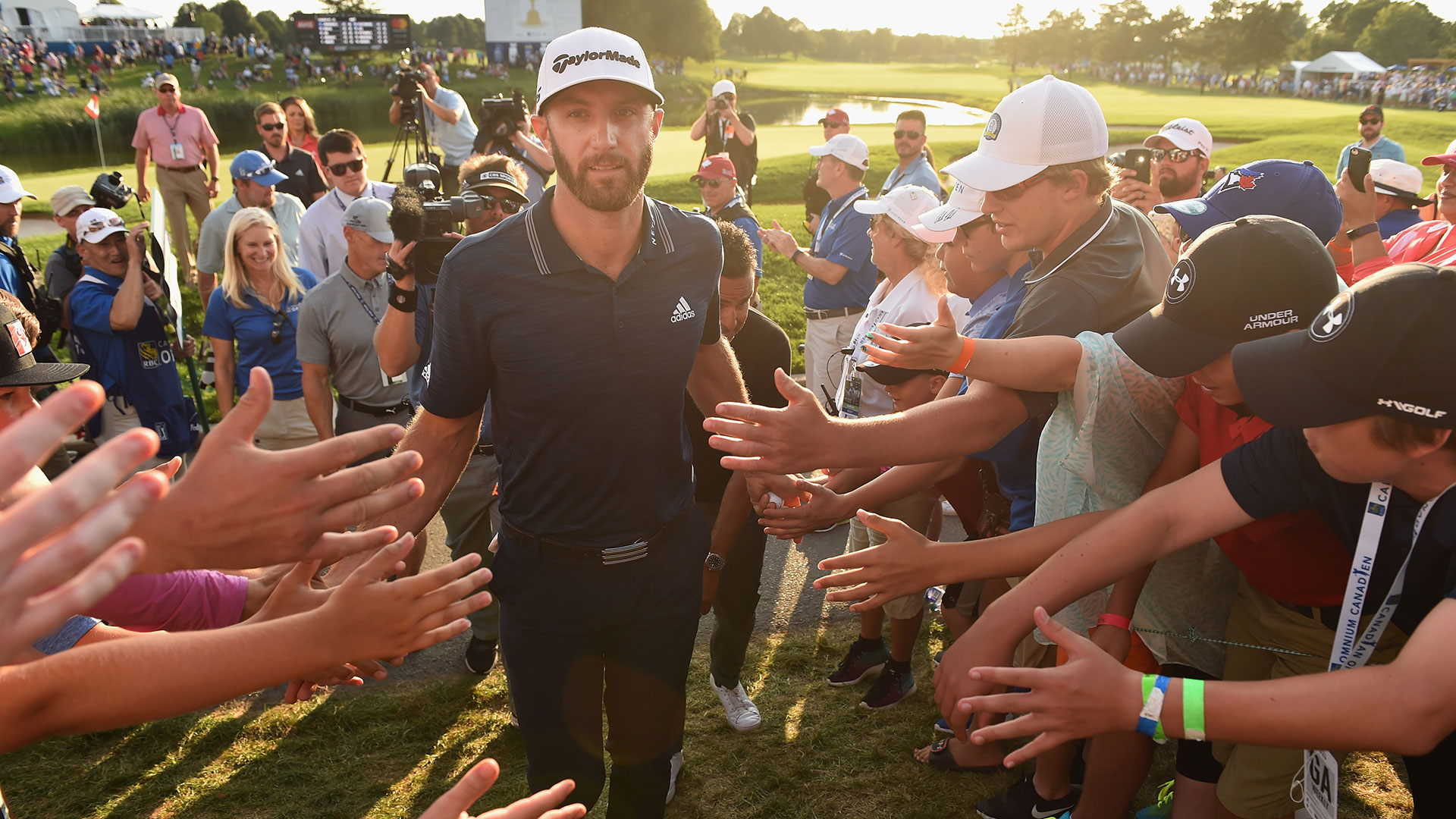 On the race for PGA Tour Player of the Year ...

There’s less than two months left in the PGA Tour season, and the Player of the Year race is far from settled.

Comparing resumes is difficult: Among his three wins Watson has a World Golf Championship and a title at Riviera (one of the strongest regular-season fields) but he hasn’t factored in any major; Johnson beat up a small field at Kapalua and a weak one in Memphis, but he top-tenned at the Masters and shared the 54-hole lead at the U.S. Open.

One WGC, a major, four FedExCup events and the end-of-season race will go a long way toward deciding the top player of the year, but historically Johnson should have a leg up on Watson.

Watson has never won from July-September. Six of DJ’s 19 career titles, meanwhile, have come in the late summer.

On the success of The Senior Open at St. Andrews ...

Pebble Beach Golf Links holds a special place in the game’s Grand Slam line up and Augusta National has been refined to a flawless gem, but the Old Course stands alone on the championship landscape for quality of course and character of venue.

In fact, there should be a championship – whether it’s The Open, Senior Open, Women’s Open or Scottish Open – played at St. Andrews every year. – Rex Hoggard