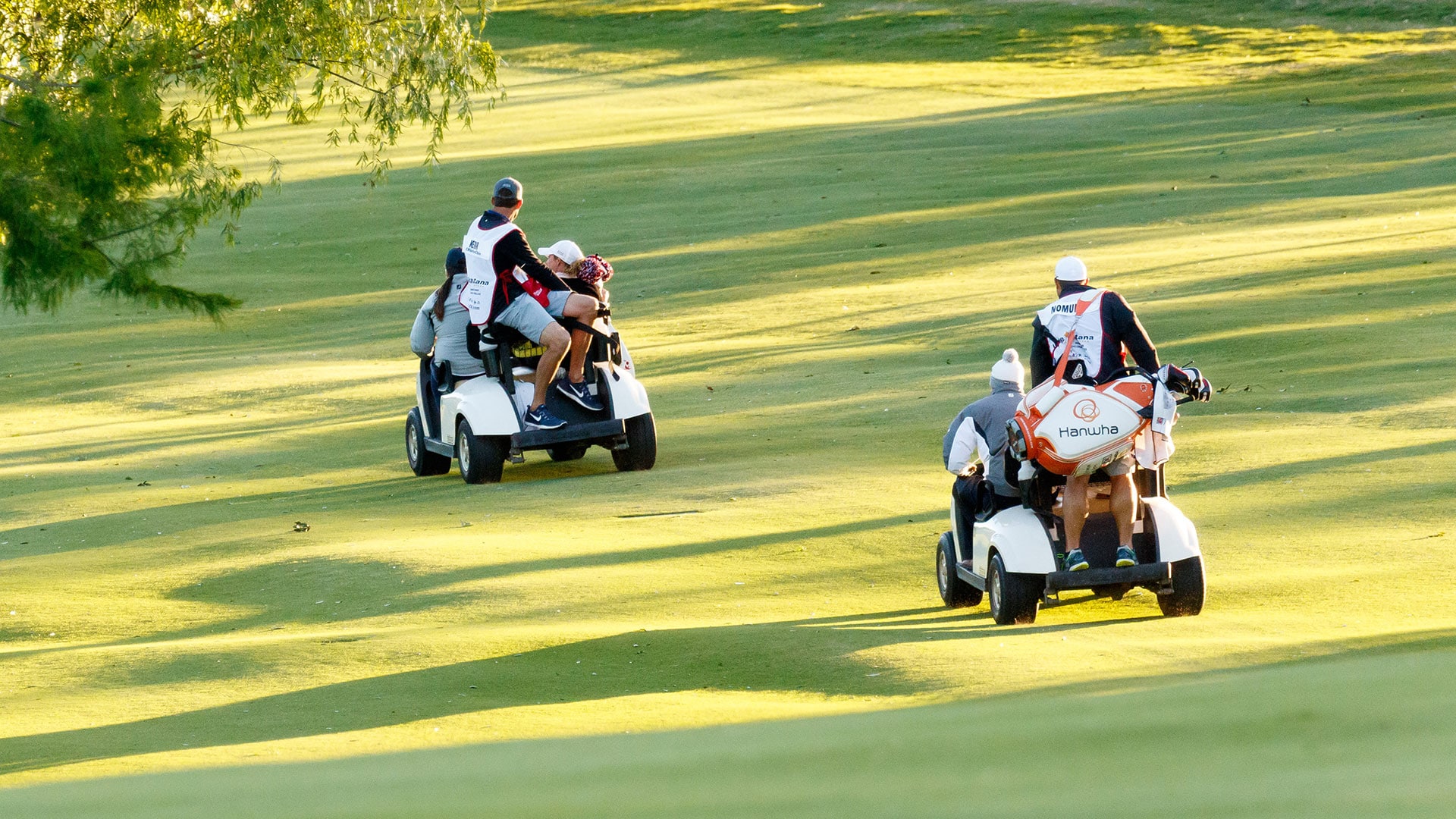 On the two-hour LPGA playoff in Texas ...

For the second time in the last month, the conclusion of an LPGA event received increased, primetime attention – and once again people were talking about everything except the on-course play.

After the Lexi Thompson debacle at the ANA Inspiration, TV viewers endured a playoff in Texas between Haru Nomura and Cristie Kerr that seemingly wouldn’t end. The two battled a difficult course in windy conditions, then slogged through six straight trips down the 18th fairway at a glacial pace before a winner was decided.

It didn’t help that the hole in question seemed poorly designed, with both players struggling to keep the ball in the fairway off the tee. But the situation also recalled frustrating images from a playoff between Paula Creamer and Jiyai Shin at the 2012 Kingsmill Championship where the two played the same hole nine straight times.

The LPGA should have learned from that particularly monotonous ending, but apparently they did not. So let Sunday’s anticlimactic conclusion outside Dallas serve as final reinforcement that any playoff rotation that calls for the same hole over and over needs to be thrown away and promptly re-written. - Will Gray

On what Zurich should change next ...

This week’s Zurich Classic proved to be the breath of fresh air many believed it would become. The two-man team event drew the best field in years to the New Orleans PGA Tour stop and was a break from the norm during a portion of the schedule that is often an afterthought between the Masters and the Players.

Officials can now take the next step and solidify the event’s improved status by relocating the tournament from the non-descript TPC Louisiana to the recently redesigned Bayou Oaks course in City Park.

The Rees Jones-designed layout is centrally located and perfectly placed to make a good event even better. - Rex Hoggard

On the latest change to the Rules of Golf ...

The governing bodies deserve credit for eliminating the penalties that could only been seen on a slow-motion, high-definition replay. Those never made sense.

But they’ve continued to overlook an even bigger problem, one that continues to baffles today’s tour players: The post-round scorecard penalty. Why are players still being docked two shots for signing an incorrect scorecard if an infraction comes to light after the fact? That’s what truly harmed Lexi Thompson at the ANA Inspiration. No doubt, she played from an incorrect spot, and that’s worth two shots. But she didn’t sign an incorrect card – at the time, she signed for what she believed was the proper score, and it wasn’t until later that there was found to be an infraction. That’s wildly unfair.

The USGA and R&A have already reduced the penalty, from an automatic disqualification to two shots. Why not just eliminate it altogether? – Ryan Lavner

So Yeon Ryu sought out and hugged Lexi Thompson on the driving range Thursday before the first round of the Volunteers of America Texas Shootout. They chatted briefly. It’s the first time they’ve played the same event since Ryu beat Thompson in a playoff in the controversial ending to the ANA Inspiration a month ago.

Ryu is one of the most well-liked and respected players in the LPGA ranks. It’s a shame Thompson’s woes that day, and the important rules debate that ensued, overshadowed Ryu’s triumph. The rules issues arising that day remain historically significant, but so does Ryu’s victory.

Ryu deserves a hug of her own for the work she put in winning her second major and for the class she has shown with so little attention coming her way after a major triumph. - Randall Mell