After Further Review: The case for Bubba 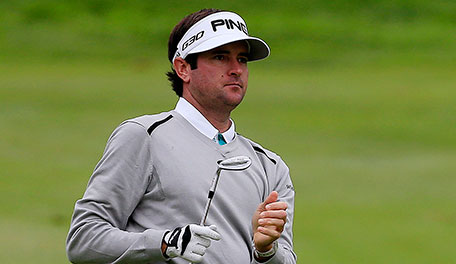 Each week, GolfChannel.com takes a look back at the week in golf. In this edition of After Further Review, our writers weigh in on the underappreciation of Bubba Watson's accomplishments, a club that is making headlines this year in the LPGA and the wonderful unpredictability of sports.

Do we fail to properly appreciate Bubba Watson? Since his first PGA Tour win at the Travelers in 2010, the big-swinging lefty has won seven more times. The only person to win more Tour titles than Bubba over that stretch is Rory McIlroy with 11. And it’s not like he can’t hold up under pressure. Sunday marked the fifth time he’s come out on top of a PGA Tour playoff. The guy is a two-time major champion. He’s a massive talent with a unique game and a pink driver. There are reasons fans find it hard to warm up to Bubba, and maybe that’s why his accomplishments get slightly less attention than they should. - Nick Menta

It’s the year of the 8-iron in the women’s game. Sei Young Kim won the Lotte Championship in improbable fashion back in April, chipping in at the 72nd hole to force a playoff with Inbee Park and then holing out with an 8-iron from 154 yards for eagle to win on the first hole of sudden death. No way anyone tops that for fantastic finishes this year, right? Na Yeon Choi nearly did Sunday, winning the Walmart NW Arkansas Championship. Choi was one shot behind Stacy Lewis walking to her shot in the middle of the 16th fairway until she turned her 8-iron into a magic wand. She holed out from 145 yards for eagle to move a shot ahead of Lewis and then pretty much clinched her victory with the same club at the 17th. She nearly sank an 8-iron from the tee box, coming up inches short of a hole-in-one. Choi put a pair of 2's back-to-back on her scorecard on her way to winning by two shots. You can’t go to sleep at the end of LPGA events, not in the Year of the 8-iron. - Randall Mell

Every now and again it’s nice to be reminded that the most intriguing part of sports is its unpredictability. Consider that with an hour remaining on Sunday at the Travelers Championship, Bubba Watson had a three-stroke lead on a golf course that he has dominated, having won his first PGA Tour title at TPC River Highlands in 2010 and adding three other top-10 finishes. Like Dustin Johnson, who three-putted the 72nd hole to lose the U.S. Open a week earlier, Watson bogeyed No. 17 and needed extra holes to defeat Paul Casey. It’s reason No. 653 why sport is the ultimate reality TV. - Rex Hoggard