After Further Review: Another emotional win 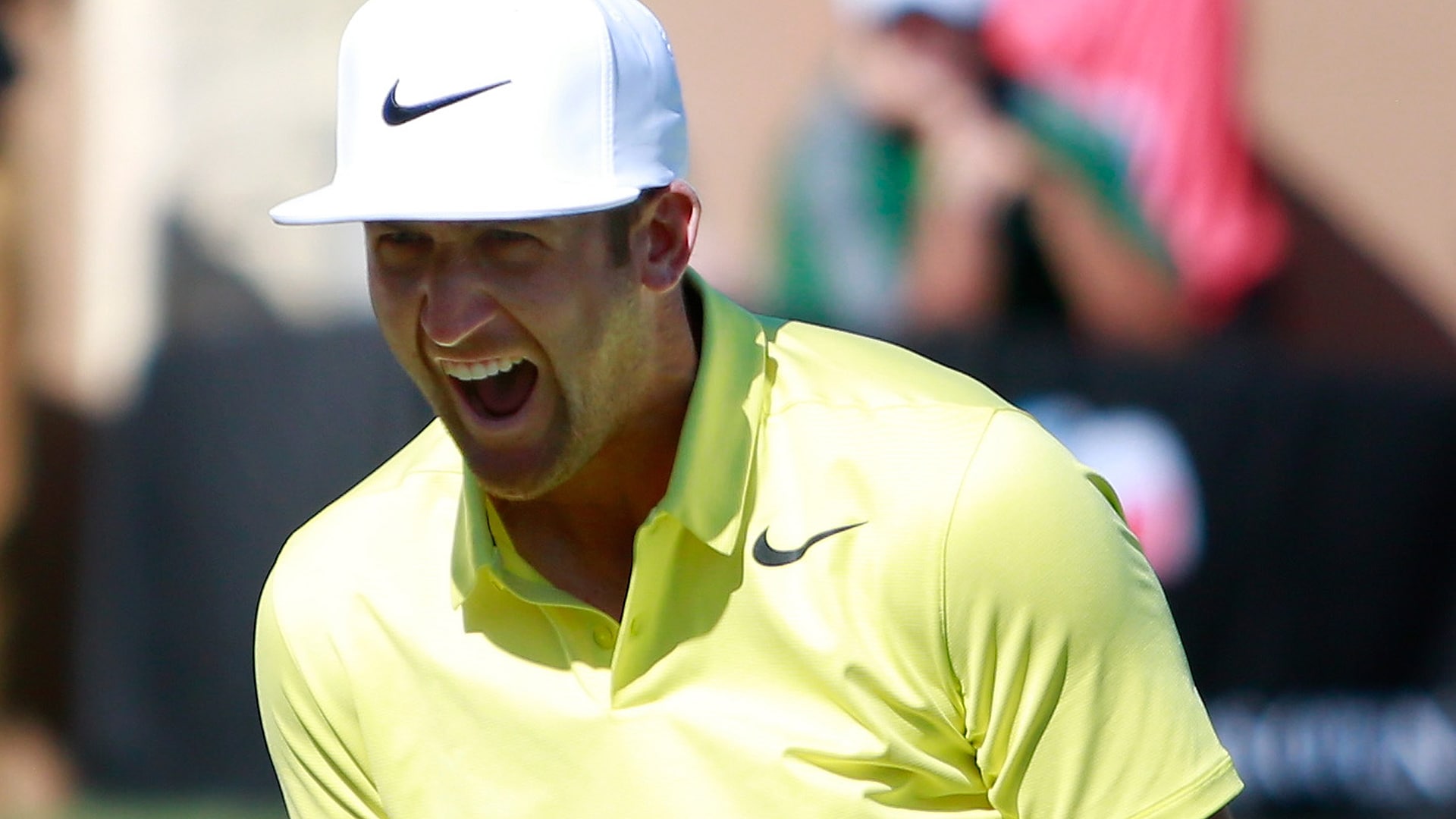 Late Sundays in golf end best when they feel like a champagne cork popping.

Kevin Chappell made Sunday’s final scene at the Valero Texas Open feel like that, with so much emotion erupting from him when his last birdie putt fell at the 72nd hole. It wasn’t a major championship, but Chappell’s joy was almost as explosive as Sergio Garcia’s primal scream winning the Masters two weeks ago. Chappell’s emotion, like Garcia’s, burst through some bottled up frustration. Garcia was 0-for-73 in majors before winning at Augusta National, Chappell was 0-for-179 in regular Tour events. Chappell, 30, didn’t endure as many heartaches as Garcia getting to his victory, but he was feeling the same kind of release. With so much more losing than winning in golf, champagne ought to be doused on every winner. – Randall Mell

On Chappell sticking with it despite so many close calls  ...

Deep down Kevin Chappell had to be thinking his time might never come. After coming so close so many times – four times a runner-up on the PGA Tour in 2016, including back-to-back loses to Jason Day in Florida – it would only be natural to succumb to such dark notions.

It was a question with only a single answer, which finally arrived on Sunday at the Valero Texas Open. Tied for the lead with Brooks Koepka through 71 holes, Chappell rolled in an 8-footer for birdie to win his first Tour title in his 180th career start and end all doubts once and for all. - Rex Hoggard

On Tony Fianu coming up short on Sunday ...

Kevin Chappell sewed up his Masters bid with a win at the Valero Texas Open, but you should expect Tony Finau to join him down Magnolia Lane next spring.

Finau’s final-round rally came up just short in San Antonio, as was the case when he finished T-4 in Tampa last month. He also contended at Torrey Pines earlier this year, and while his maiden win at last year’s Puerto Rico Open didn’t bring with it his first Masters berth, his strong play this season has him in prime position to earn an invite by making the Tour Championship.

But even if Finau doesn’t tee it up at East Lake this fall, there’s still a great chance that he’ll win again at some point this season. His game has been steadily improving since he graduated from the Web.com circuit in 2014, and he continues to grow more and more comfortable around the lead. He has demonstrated time and again that he’s more than just a bomber off the tee.