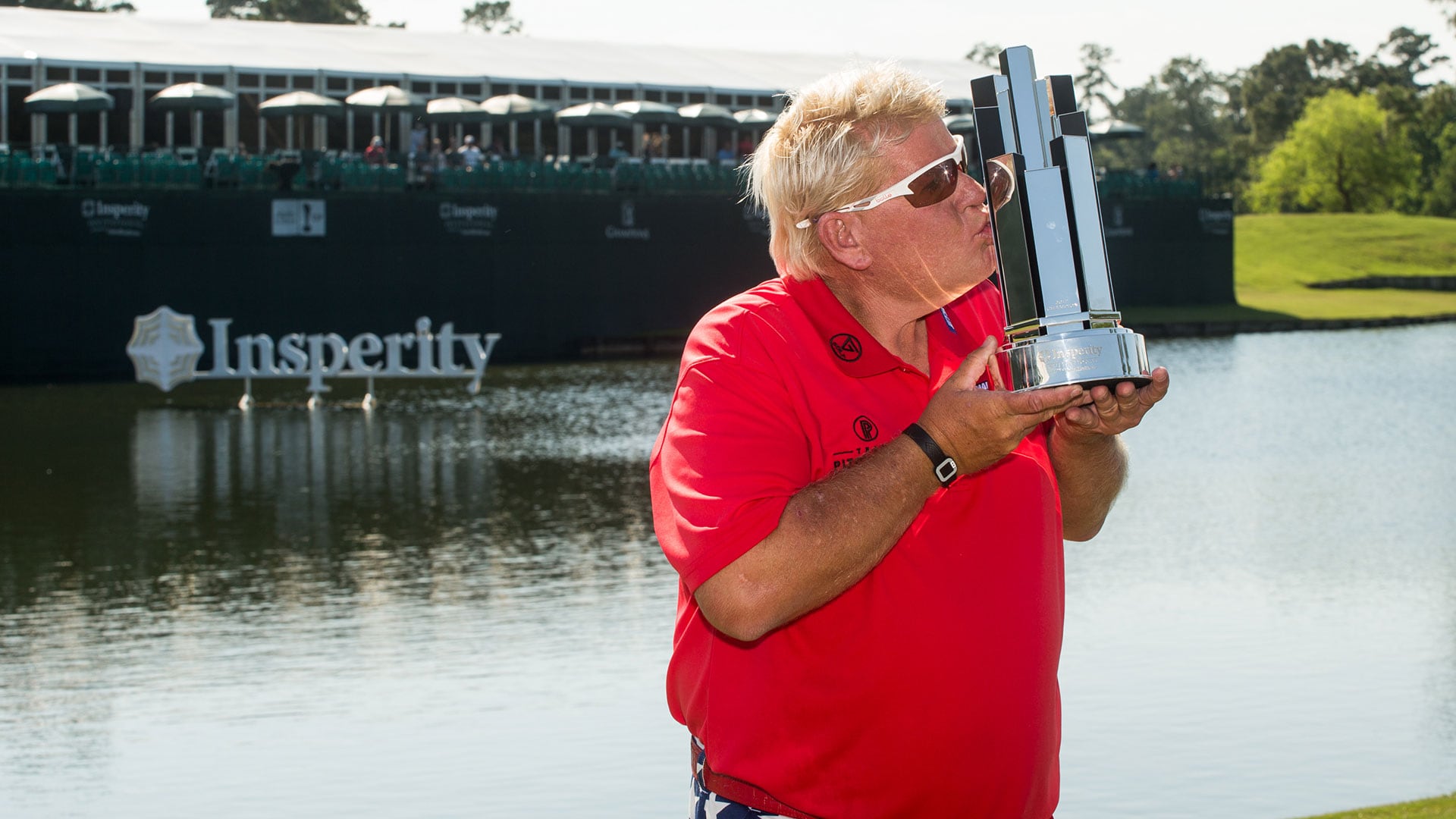 “He should probably be dead now.”

That’s what Newsweek.com wrote about John Daly six months ago, when Daly was the fresh topic of an ESPN “30 for 30” profile, which revisited his drinking, smoking and gambling ways as a PGA Tour rebel.

Yes, Daly is very much alive, a larger-than-life persona legions of fans still can’t help rooting for, and they got the chance Sunday when he claimed his first Champions title. The champagne victory shower at the Insperity Invitational was classic. It’s amazing, really, that the “Wild Thing” is still in “grip it and rip it” mode, and even more amazing he’s winning again. – Randall Mell

Eagle Point Golf Club was always going to suffer by comparison. The Wilmington, N.C., layout was tabbed to fill in for Quail Hollow Club as host for this week’s Wells Fargo Championship, which is akin to opening for the Beatles and the Beatles don’t show.

But from the outset the Tom Fazio design delivered, with players comparing the course to Augusta National and raving about the layout’s flawless condition. The ultimate compliment, however, came late Sunday as a host of the game’s best players made leaderboard cameos. From world No 1 Dustin Johnson to red-hot rookie Jon Rahm, Eagle Point brought out the best in the game’s best. – Rex Hoggard

On the debut of GolfSixes ...

The European Tour continued its grand experiment with spicing up the game with the debut of GolfSixes, and there was plenty to admire about the new format.

At times, it did all seem a little forced and corny, but the matches took a little over an hour and the storylines and drama changed rapidly.