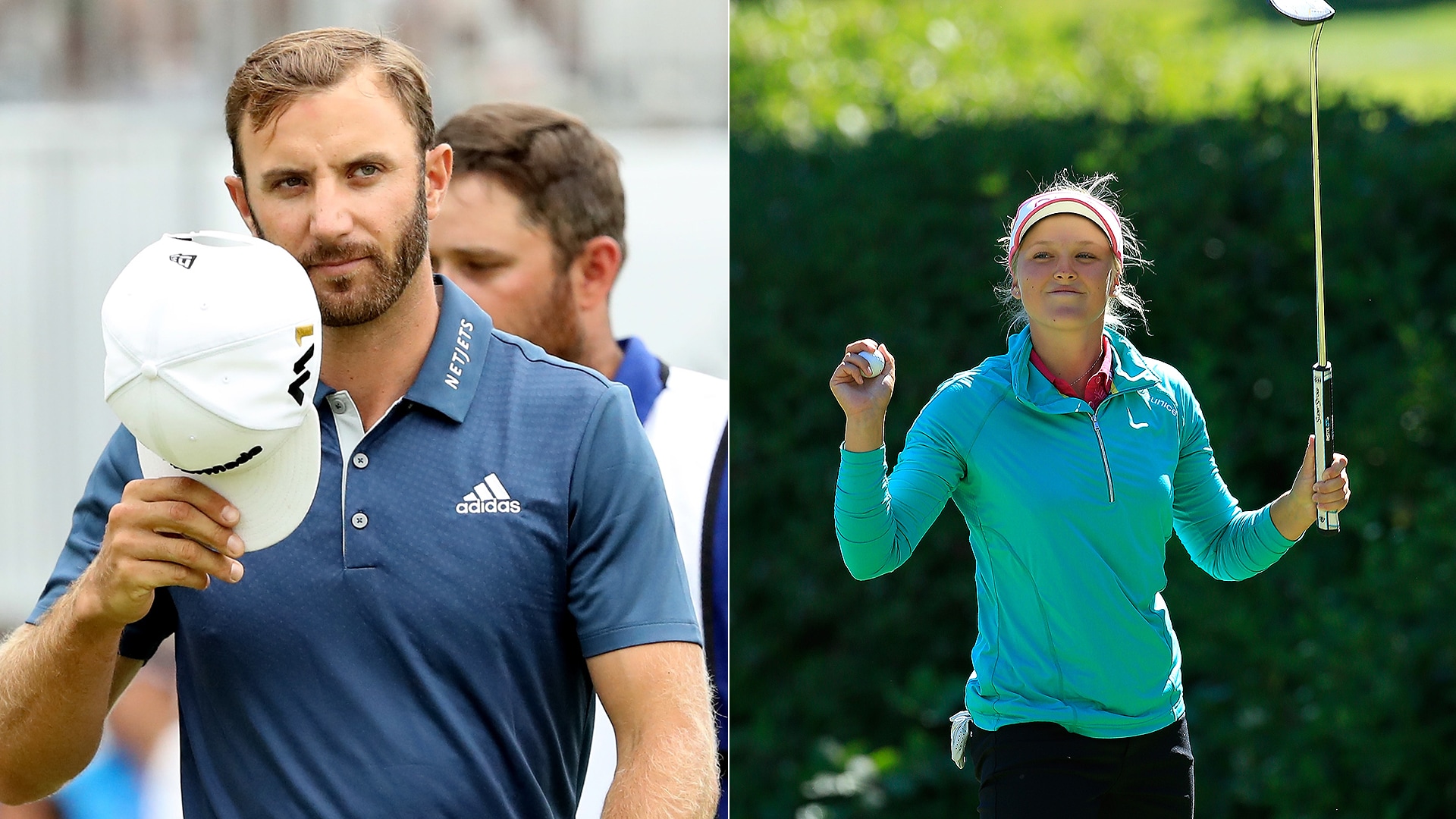 Dustin Johnson followed up his breakthrough U.S. Open win two weeks ago with another title at the WGC-Bridgestone Invitational, while 18-year-old Brooke Henderson played with a veteran’s savvy while defending at the Cambia Portland Classic.

On Dustin Johnson winning plenty despite leaving some on the table ...

After winning the WGC-Bridgestone Invitational, Dustin Johnson joked about possibly having to increase the size of the trophy room he plans to have in his new house, currently under construction in Florida.

It was said largely in jest, but it speaks to the notion that Johnson’s penchant for winning is bordering on underrated.

This is now his 11th career victory, two more than either Bubba Watson or Sergio Garcia on the PGA Tour. It’s one more than Jason Day and the same total as Rory McIlroy, both of whom admittedly have a few more years ahead of them.

But DJ, who for so long has been defined by the ones that got away, has already produced an impressive haul of hardware and doesn’t seem inclined to slow down anytime soon. Having just turned 32 and with at least one win per season since 2008, it’s not far-fetched to think that Johnson could someday approach a lifetime exemption at 20 wins – or even a spot in the Hall of Fame.

He may have let a few slip through his fingers, but Johnson has also won more than his fair share. - Will Gray

Brooke Henderson is still 18, but like Lydia Ko keeps looking old for her age.

Henderson defended her title Sunday at the Cambia Portland Classic with a veteran’s savvy, limiting mistakes when it mattered most. She made fewer mistakes coming home than any of her challengers. That’s not to say Henderson didn’t make any mistakes, but when she did she erased them in ways other players couldn’t with her marvelous short game.

After thinning a fairway bunker shot over the 17th green, Henderson got up and down from a difficult spot where saving par didn’t seem likely. She did it with a smart chip away from the flagstick and then a clutch putt from 12 feet or so. Mariajo Uribe made double bogey from almost the same bad spot playing alongside Henderson.

The victory is great momentum for Henderson as she heads to CordeValle this week looking as if she ought to be a co-favorite with Ko. – Randall Mell